Example in motivation for Lagrangian formalism

I started reading Quantum Field Theory for the Gifted Amateur by Lancaster & Blundell, and I have a conceptual question regarding their motivation of the Lagrangian formalism. They start by considering the trajectory of a classical particle and do the following reasoning:

This means that if you slightly deviate from the classical trajectory, then both the average kinetic energy and the average potential energy will increase by the same amount.

I tried to construct a simple example to gain some intuition about this but so far I have not been successful.

Can you help me find the error in my reasoning or provide a good example? Any help is much appreciated.

About the general concept of 'motivation of the Lagrangian formalism'.


The following exposition consists of demonstrations for the purpose of gaining intuition.

To make this a general answer I will start with a short exposition of calculus of variations.

Diagram 1 is an animated GIF that represents that unit of operation. (The animated GIF is composited from screenshots of an interactive diagram.)

In diagram 1 the dashed line is a parabola. This parabola represents height as a function of time of an object that has been thrown upwards. A uniform force is acting in downward direction. To obtain the simplest possible parabola the value of the (uniform) acceleration is set at 2 $m/s^2$

The outer points ($t_1$ and $t_3$) are treated as fixed; variation is executed by varying the position coordinate of the middle point.

Diagram 2 - valid at any scale

Diagram 2 illustrates that the logic of this unit of operation is valid at any scale, down to the limit of infinitisimal time intervals. 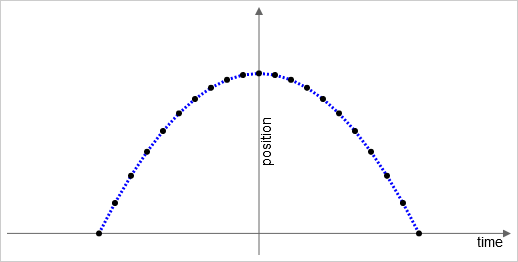 Diagram 3 illustrates concatenation of the unit of operation over the entire domain of the function you are looking to solve for.

As an example of a source where this idea of concatenation of the unit of operation is discussed: the book 'Calculus of variations' by Gelfand and Fomin. Gelfand and Fomin demonstrate that the Euler-Lagrange equation can be derived using the functional derivative concept.


In your question you describe that Lancaster and Blundell present expressions for 'average kinetic energy' and 'average potential energy', but the diagrams 1, 2, and 3 illustrate that the logic can be stated such that it applies at infinitisimal scale. From down at infinitisimal scale the logic propagates out to the evaluation of the entire trajectory.


The next stage is to state explicitly where we obtain the criterion that must be satisfied.

To that end we derive the Work-Energy theorem.

The right hand side $\int_{s_0}^s ma \ ds$ can be worked out, since acceleration is the second derivative of position.

In the course of the derivation the following relations will be used:


For the time being I will not write the factor $m$, it is a multiplicative factor that is just carried from step to step. In the final expression I will include the factor $m$ again. The integral for acceleration from a starting point $s_0$ to a final point $s$

Change of differential according to (1.3), with corresponding change of limits.

Here (1.8) is worked out for the entities position, velocity, and acceleration. Note that this result generalizes; it is valid in all cases that feature the cascade of first and second derivative.

We have that potential energy is defined as the negative of the integral of force over distance.

The validity of (1.11) extends down to infinitisimal change:

Diagram 4 demonstrates an area evaluation property that we get for free. We get it for free in the sense that it doesn't require any additional assumption; it follows logically.

The two time intervals $t_{1,2}$ and $t_{2,3}$ are displayed in three of the four subpanels: upper-left, upper-right, and lower-left. The time intervals are set up to be of equal duration.

Reminder: the energies that are displayed in this diagram are hypothetical energies. The variation sweep is hypothetical: at each position of the movable point the diagram shows what the energies would be if the object would move along that particular trial trajectory.

In motion along the true trajectory one form of energy is transformed into the other; the energies are counter-changing; $\Delta E_k = -\Delta E_p$

As illustrated in diagram 4: in sweeping out variation the (hypothetical) energies are co-changing.

The true energy satisfies (1.14) Therefore when the variation sweep is at the sweet spot the trial trajectory coincides with the true trajectory

In the hypothetical variation sweep the energies are co-changing, so to identify the point where they change at the same rate one energy is subtracted from the other. (By convention it is the potential energy that gets the minus sign.)

The lower-right sub-panel represents in blue the result of the subtraction.

The motion of the blue dot over the diagram represents how the value 'area($E_k-E_p$)' is responding to variation sweep.

The logic that is demonstrated in diagram 4 is valid at any scale, down to infinitisimal.

When concatenating units of operation along the length of the overall time the bars end up exactly adjacent; no overlap.


The crucial point: the above reasoning does not require making any additional physical assumption. Hence: in any situation where the Work-Energy theorem holds good it follows that Hamilton's stationary action will hold good.

I learned this approach to the derivation from an article by Preetum Nakkiran, titled 'Geometric derivation of Euler-Lagrange equation'.

In the following the notation conventions for mechanics are used:
t for 'time'
s for 'position'
v for 'velocity'
a for 'acceleration'

The small variation of position coordinate will be represented with a factor $\delta s$. The potential energy and the kinetic energy each respond to that variation, responding differently.

The response of the potential energy component of Hamilton's action:

The response of the kinetic energy component of Hamilton's action:
On both sides of $t_2$ the velocity changes; one side increases, the other side decreases.

The changes of the velocities:

The change of the kinetic energy component of Hamilton's action:

The total time is divided in equal length sub-intervals, so the move from interval (1,2) to the adjacent (2,3) can be rearranged to the form of taking a time derivative:

Combining (2.6) and (2.7) we obtain an expression for the change of the kinetic energy component of Hamilton's action as a function of δs:

The variation δs, having served its purpose, can now be eliminated. The stationary-in-response-to-variation condition is satisfied when the following is satisfied:

Flipping the two minus signs does not change the equation:

The Euler-Lagrange equation with the Lagrangian denoted with the symbol '$L$':


Narrowing down to what is necessary

In other words: in retrospect we can see that all elements that were removed during the process of deriving the Euler-Lagrange equation were unnecessary elements.

The standing convention is to state the functional as an integral, but at the end the integral is no longer there; the Euler-Lagrange equation is a differential equation.

The integral that is present at the start is redundant, and is accordingly removed in the process of deriving the Euler-Lagrange equation


The relation between variational calculus and differential calculus

To make the comparison I take a simple case that is a natural case for application of variational calculus: the catenary.

As we know, mathematically the curve of a hanging chain is described by the hyperbolic cosine; the hyporbolic cosine gives the height as a function of the horizontal coordinate.


The meaning of the 'stationary' criterion

I have noticed that authors of physics textbooks tend to have a cavalier attitude towards the question: "What is the meaning of the 'stationary' criterion?" The authors will acknowledge that the name 'stationary action' is better, but will then express that to actually use that name would be pedantic.

The purpose of the following discussion is to show that to understand the meaning of the 'stationary' criterion is key. 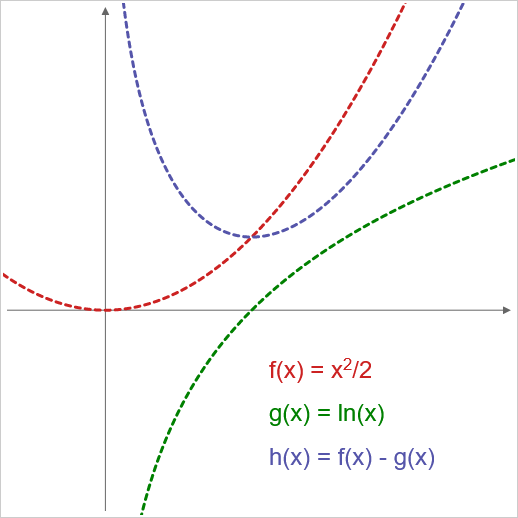 The direct way to answer that question is to start with taking the derivative of each function, and then solve for the point where the two derivatives have the same value:

In diagram 5 the blue curve represents $h(x)$, the 'mathematical action'.

9
Heuristic Motivation for Lagrangian Formalism
3
qualitative explanation of Principle of Least Action (vertical movement)
1
Behaviour of action with respect to time
3
How does a falling rock minimize action?
1
Effective Lagrangian from Yukawa interaction
1
The principle of stationary action from the principle of inertia?