Is my physics correct or torque correct? 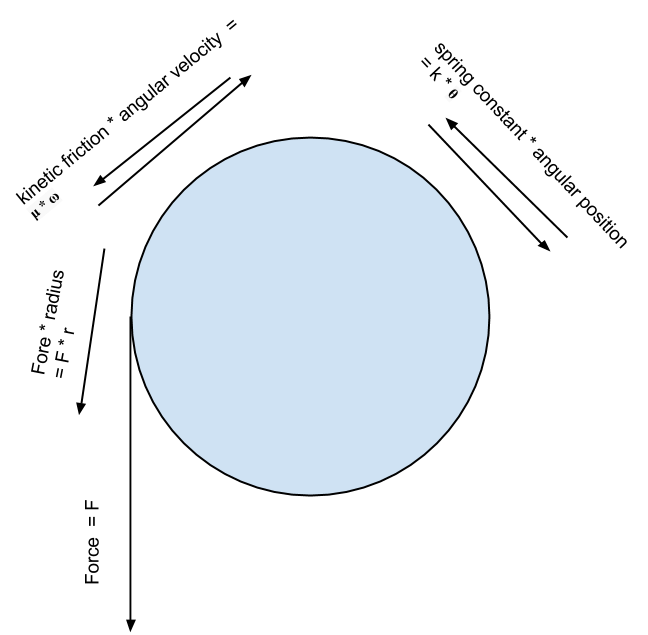 I would like to put this into a differential equation. This is what I have.

What I need verified:

Any insight would be much appreciated, thanks.

Is this the situation?

If yes then the friction force has to be proportional to the applied force $F$ and not $\omega$. With a perfectly relaxed rope, there is no contact and hence friction. What you include as a friction term is actually a rotational damper, which resists $\omega$. So you have a spring damper system with 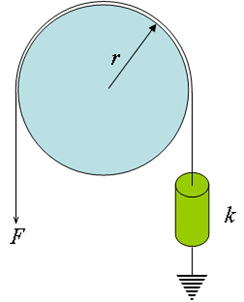 In other words, you're asking whether it is correct to say that $\tau = I \alpha + \mu \omega + k \theta$ (where $\alpha = \theta ''$ and $\omega = \theta'$) in the specific case of us having a rigit object with torsion, kinetic friction and inertia. However, your equation frictional force is wrong: it should be $\tau_{friction} = \mu_k F_N r$ , where $\mu_k$ is the coefficient of kinetic friction, $F_N$ is the normal force. Yes, your general idea is true because $\tau_{effective} = \Sigma \tau$. Just as a side example, consider the case in which we have $n$ torques,

Not the answer you're looking for? Browse other questions tagged homework-and-exercises angular-momentum friction torque spring or ask your own question.