Voltage between batteries in series

I've been trying to understand what voltage in battery is and have come to some sort of understanding, but would like some validation. 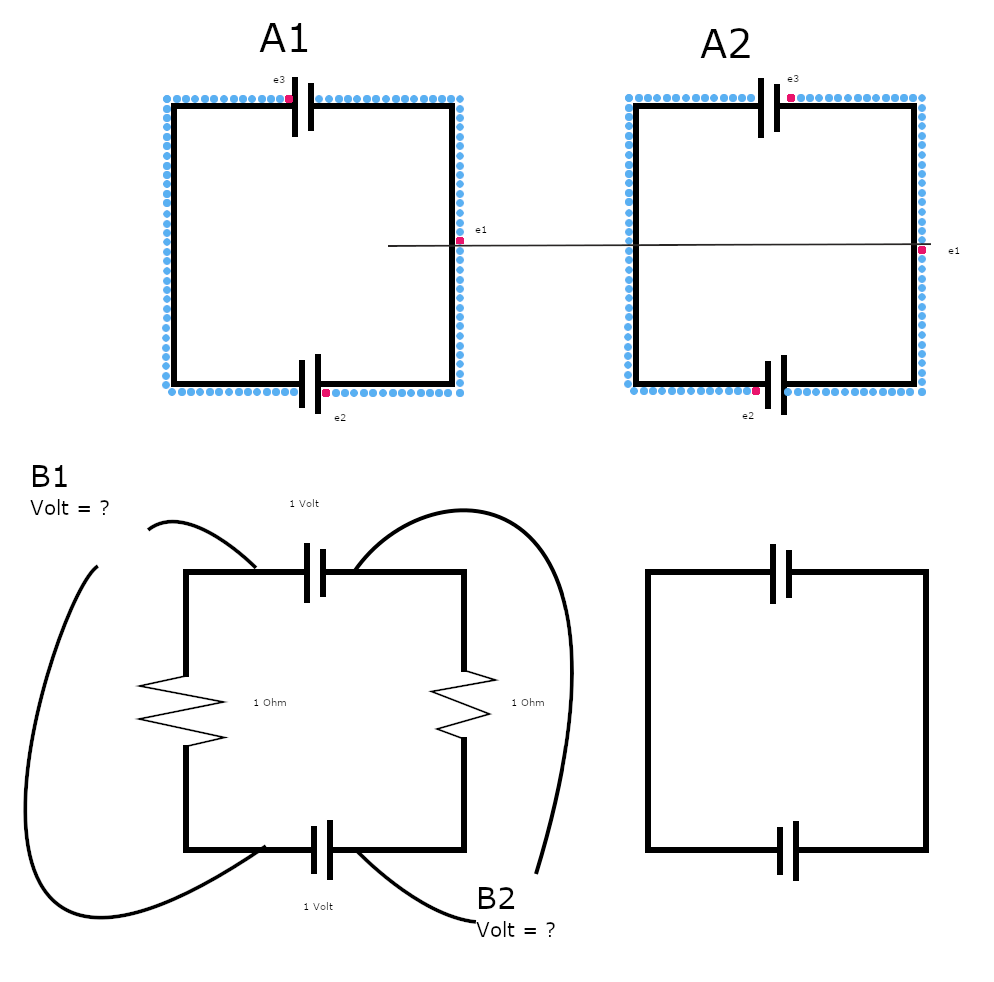 With this work of art I'll try to explain my thought process, starting with A1 and A2: In batteries the chemical redox reaction creates a potential difference, analogous to height of a mass. Whether we connect more batteries won't matter for the individual battery, it's voltage stays the same.

As every electron in the chain around the circuit moves one step (see red dots), that one step will facilitate both battery reactions giving the hole system double the energy per electron that a system with only one battery would give. E1 moves down one step and both e2 and e3 is increased in energy from the redox reaction in the battery.

So instead of the concept of electrons in anode pushing and a void in cathode pulling electron, I rather view it as the energy given of one redox reaction of one battery is the amount of force the individual electron feels to complete the circuit.

One electron feels the force from the potential difference of two redox reactions because every move it makes in the circuit is one more electron given to both reactions.

After all this I started to think of a circuit like the one in the lower left (two 1 volt batteries, two 1 ohm resistors) and thought since the voltage add in batteries in series this would mean 2 V in both B1 and B2 without resistors. But confusion hit when I add resistors.

Yes, that is a good way to think of it.

One word of advice: in your earlier description you seem overly focused on electrons. I would try to avoid even thinking about electrons outside of quantum mechanics or chemistry.

Not the answer you're looking for? Browse other questions tagged electric-circuits voltage batteries or ask your own question.

0
How do voltage and voltage drops over a circuit relate to work done?
1
Batteries in series vs parallel
3
How does connecting batteries in series work?
19
Why doesn't the voltage increase when batteries are connected in parallel?
4
How batteries create voltage?
0
What are the electrons doing? Voltage of two batteries in a series