If you raise the temperature setting on a boiler, does the boiler hold hot water longer?

My family has two showers and whenever someone is using the other shower, my brother raises the temperature setting on the boiler. My brother is trying to argue with me that raising the boiler's temperature setting from 110 degrees Fahrenheit to 125 degrees Fahrenheit will make the water stay hot for a longer period of time. He thinks the physical contact with existing boiler water will make the outlet water hotter therefore water stays hot LONGER.

However, I do not think so. I think as soon as the initial volume of 120-degree water runs out, the water will continue to exit the boiler at the same temperature if the boiler's setting was at 110 degrees. Therefore, he will feel the same temperature water as if the setting was at 110 after some time (when the initial hot water runs out). He showers for 20 minutes which is when it starts to get cold if there are two showers running.

Is his reasoning correct? I thought raising the limiter on the boiler only lets it hold hotter water; I do not think it makes the shower water stay hot LONGER. I did not do well in Thermodynamics, but I've drawn the best representation I can to help visualize the problem. Are there any other properties I need? 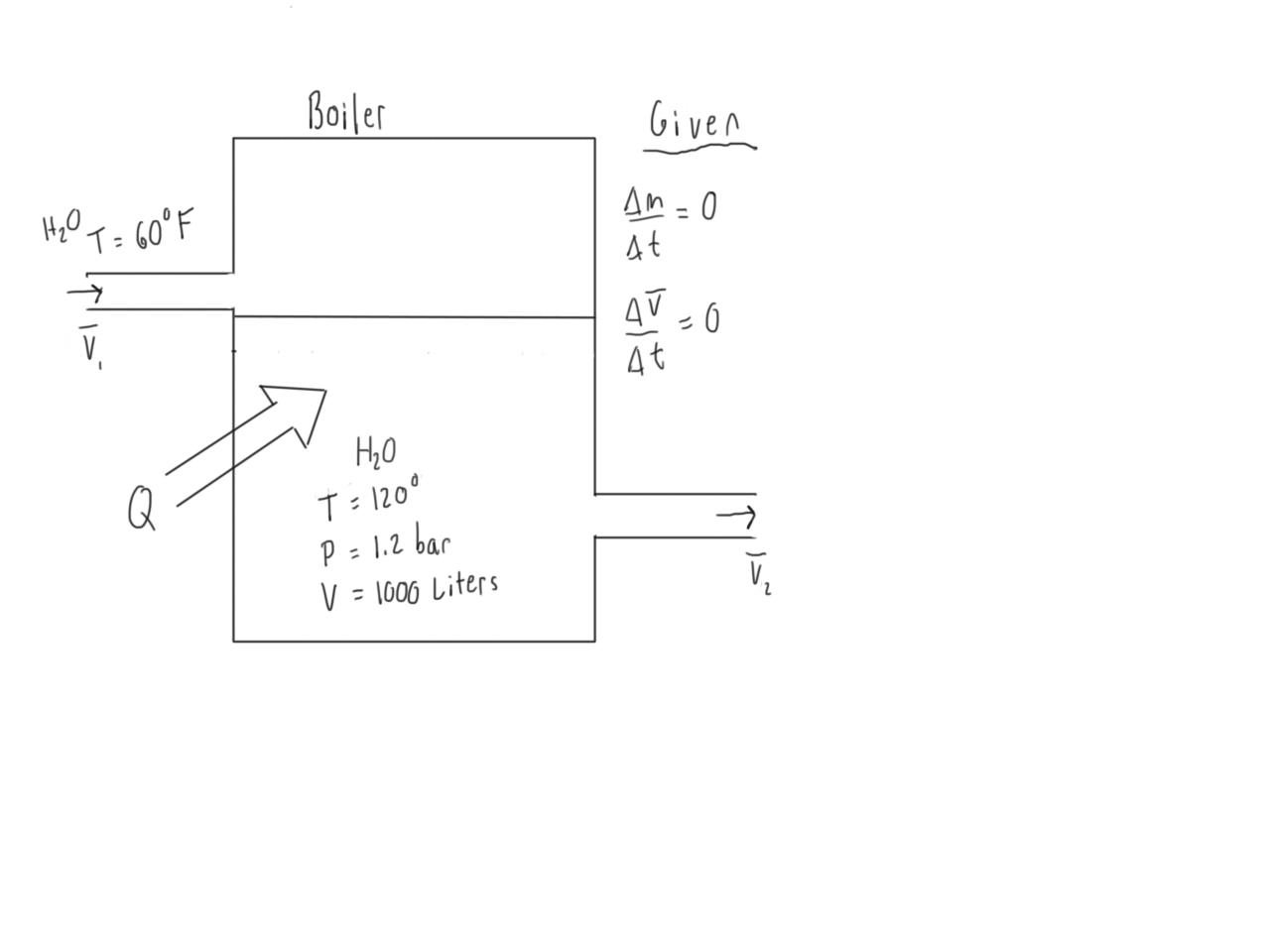 I think you understanding of how the hot water heater (not a boiler, incidentally) system works is way off, if you don't mind my saying.

The temperature setting means that the heater will kick on until all the water in the tank is at that temperature, then it switches off. Just like your house thermostat. When you use the hot water and drain the tank below a certain level, the tank starts to replenish itself using cold tap water that needs to be heated up. So you end up with a mixture of gradually cooler and cooler water as you keep running the faucet.

So yes, starting with hotter water will help it stay warmer for longer. But whether this makes a noticeable difference or not depends on the sizing of the tank, the cold water temp, the heater power, and other things. And I would not recommend messing with your heater setting too much, as it could shorten the life of your system. Better to get a bigger tank or simply allow more time between uses.

I am not convinced by your brother's reasoning but he might be right for another reason. It depends on some factors that you have not given. If you set the temperature higher, do you have hotter showers or do you mix in some unheated water to obtain the same temperature? Do you reduce the flow of the hot so that the total flow is the same? If by using a mixer tap or other device, you obtain the same temperature and flow rate then the higher tank temperature will help for the simple reason that you will be using less from the tank.

Scenario 2. You have a very long shower and the heater is on but not powerful enough to cope with the demand. Once the tank has dropped below the target temperature, the heater will stay on. The output temperature will gradually approach a level determined only by the power of the heater and the flow rate. The setting will have no effect in the long term. If the water was heated to the settings before starting then it will take slightly longer to reach equilibrium but the equilibrium will be the same. If the water was at supply temperature then the setting will have no effect.

As RC_23 says, the device is a heater not a boiler though they are frequently called boilers here in the UK as well. They are becoming rare here and water is usually heated on demand as required.

Before going further, be aware that the US Consumer Product Safety Commission (CPSC) recommends a maximum hot water temperature setting of 120 F to reduce the risk of scald burn injury. So it is not advisable to raise the setting above 120 F.

That said, a couple of things to keep in mind:

Therefore, he will feel the same temperature water as if the setting was at 110 after some time (when the initial hot water runs out).

Well, sure. But doesn't that still mean that during the shower the average temperature of the water will be greater if it starts at a higher temperature?

I thought raising the limiter on the boiler only lets it hold hotter water; I do not think it makes the shower water stay hot LONGER.

I'm not sure why you think that. If the temperature at the start of the shower is higher, then the average temperature during the shower will be higher, all other things being equal.

Not the answer you're looking for? Browse other questions tagged thermodynamics fluid-dynamics temperature thermal-conductivity or ask your own question.

3
Why does water get significantly colder while falling through the air?
8
Physics of heating a swimming pool
0
Why can a smaller hot water tank have a higher first-hour delivery rating?
0
Why doesn't the sunlight supersede the effects of the bodies of water and the ground on the temperature of the atmosphere?
3
Materials-science: why anyone telling that high temperature is bad for knifes? (even if this is 45-60 celsius degrees)
2
Rate of cooling of two identical beakers of hot water