Is it possible for one side of the universe to “meet” the other?

I've variously heard the shape of the universe being described as multi-dimensional, like a helix or mobius strip, and super string theorem seems to say there are lots of universes all piled up next to each other in vibrating planes.

My question is, can the edges of our universe ever join up? Are they already all joined up? as in is our universe really in the shape of a giant donut (yum). or is this shear lunacy?

I guess I am assuming a model of the universe where the "edge" is not necessarily expanding constantly "out" into infinite amounts of empty vacuum, but rather one where the edges are the boundaries to that expansion (so that it seems from an observable position that the universe is expanding, when really its flexing inside these boundaries). As indicated in the comments no doubt an inaccurate description, but I was imagining it like a balloon.

The short answer is no! More about imagination how space of our universe looks (and how expanding) today and in past check here :WMAP 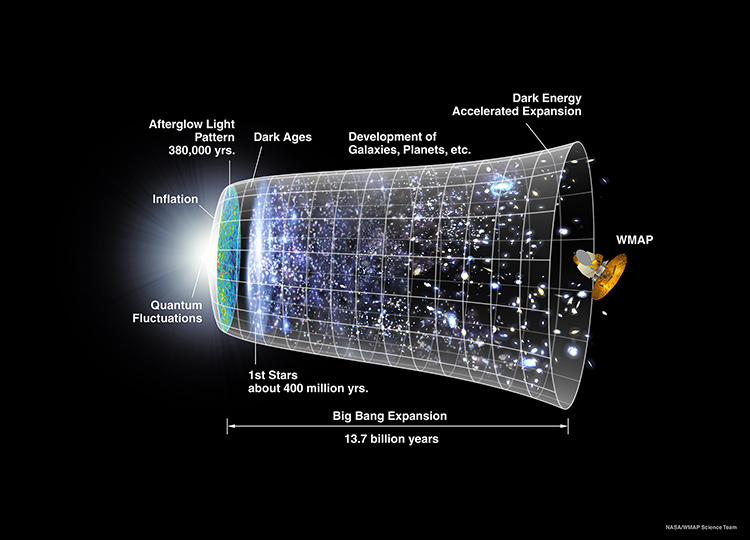 Not the answer you're looking for? Browse other questions tagged universe theory-of-everything or ask your own question.

21
Shape of the universe?