According to this paper, the graph explaining Hubble's law is expressed in two cases. The first is when the hubble parameter is constant over time, and the second is when it changes over time. 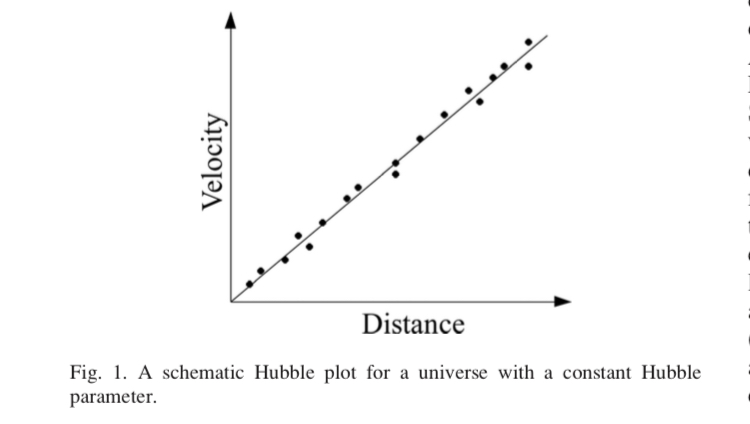 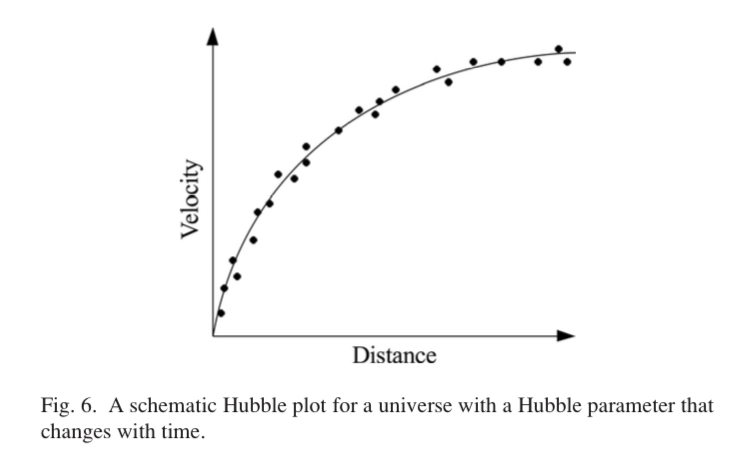 My question is as follows. First: I understand that the reason the Hubble graph is straight is that the distance to the measurement object is close, for example, when you write a graph, it becomes straight only if the distance is very close. Why does the change in Hubble constant over time make a straight line into a curve? Is the explanation of the paper wrong?

So, is the following sentence in the paper wrong?

“ As one moves from right to left in Fig. 6 (i.e., from the past toward the present), the slope, and hence the expansion rate, increases.”

Although distant celestial bodies represent past information, I don't think it's right to express the change in Hubble parameters in the current graph.

I think that the diagrams are technically correct if interpreted in a certain unintuitive way, namely if you take Distance to be the present-day metric distance to the galaxy, and Velocity to be its recessional velocity when it emitted the light, i.e. the cosmological-time derivative of its past metric distance.

If the diagrams showed past metric distance versus its time derivative, then the first diagram would curve upward, since $H=1/t$ when $a'$ is constant, and the second diagram would also, since $H'<0$ at all times even in ΛCDM. The curves would in fact curve so much that they would head back toward the vertical axis, since the metric distance (= angular size distance) decreases past a certain lookback time.

-1
Hubble constant: a constant or might be a function?
0
How to interpret Hubble velocity ODE?