Peculiar flow of water from an aerated faucet

Let me acknowledge that my friend found out about this effect first, who later showed it to me.

When you slowly open an aerated tap, bubbles that form near the opening of the tap start to merge to form a big cavity inside the water flow. 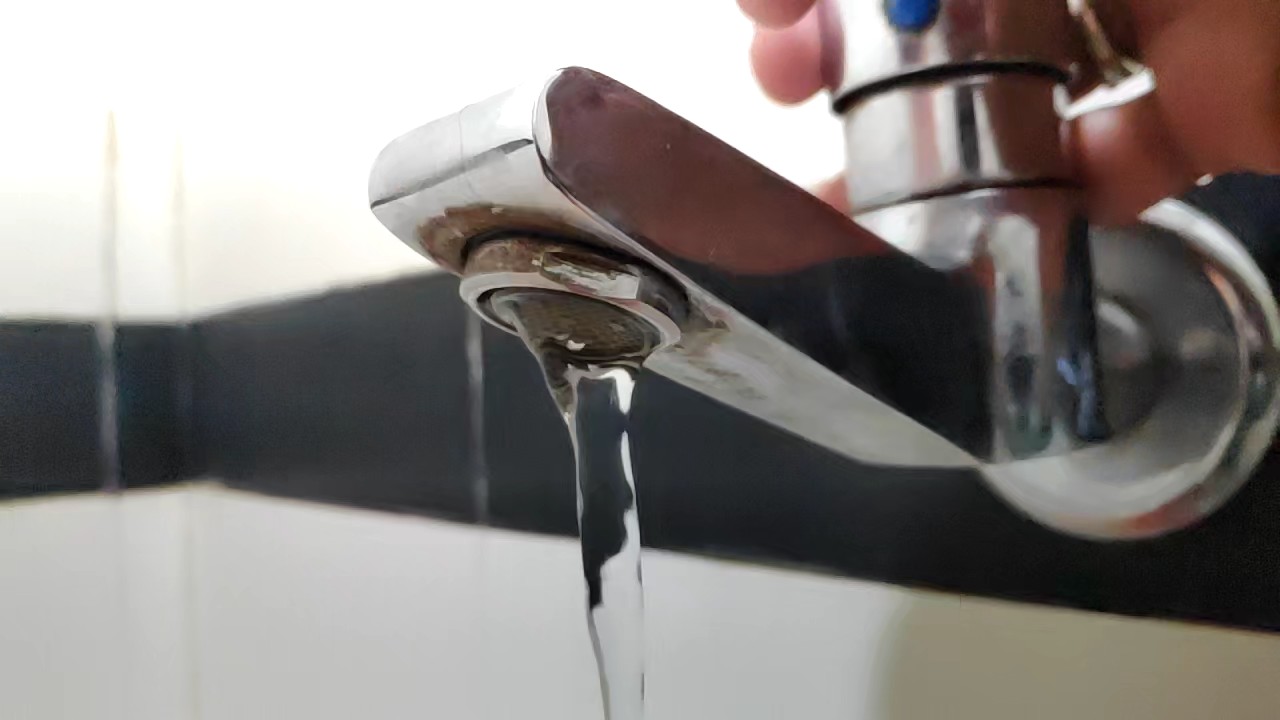 This is normal water flow before cavity formation 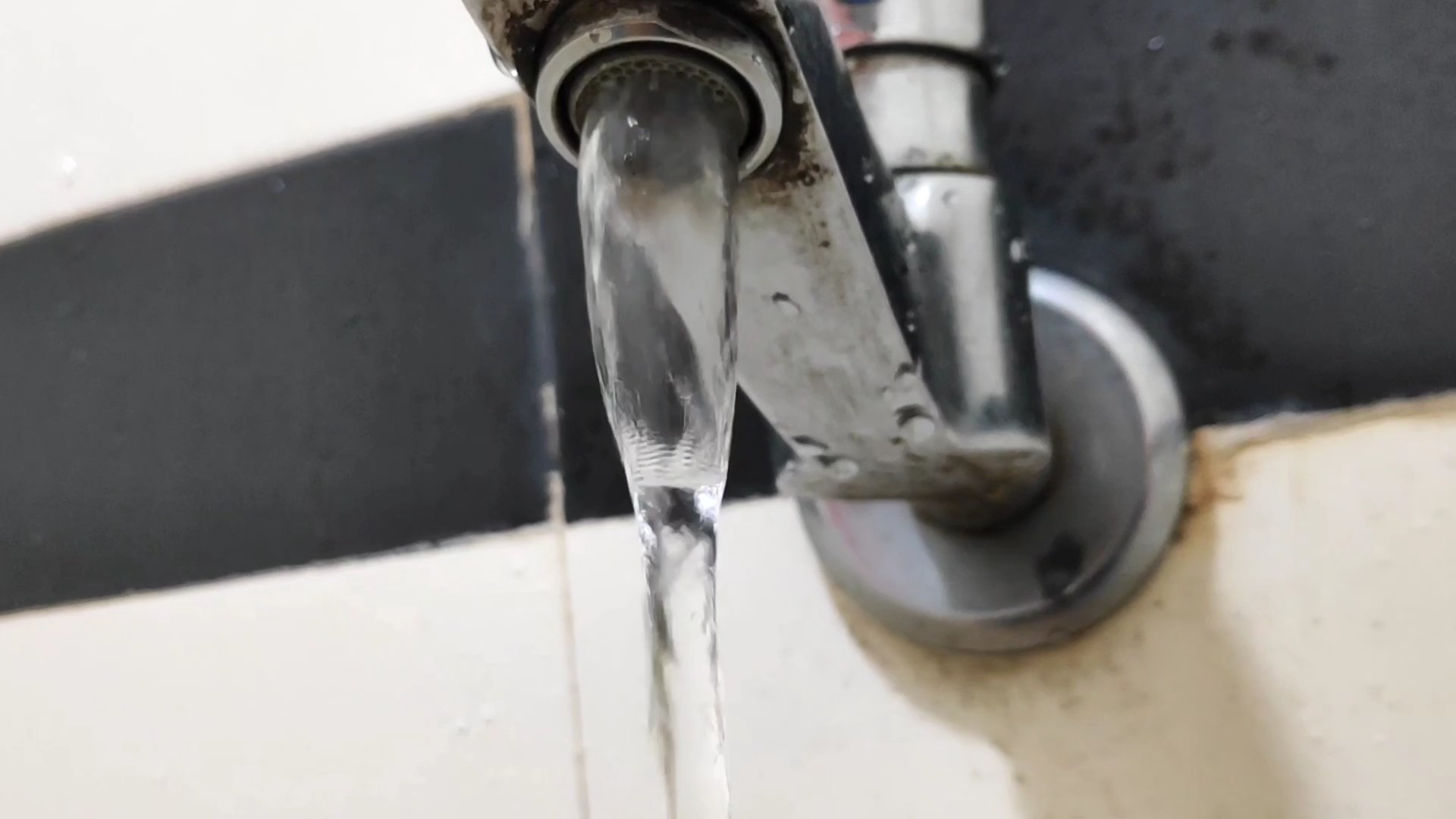 What's more interesting is that the cavity pulsates as it grows bigger. (Hopefully, it is visible in this gif)

Oscillations of the cavity

I couldn't see this effect when the tap was fully open. So the effect, as correctly mentioned by @niels, has something to do with the velocity of water flow.

Furthermore, I couldn't see this effect for taps without aerators.

So what is going on here? How does the cavity form, and why does it pulsate?

an aerator nozzle contains air passages that draw outside air in through slits in the sides of the nozzle into a mixing chamber inside, where the air is mixed with the water and then squirted out through a series of small holes in the outlet of the nozzle. Those holes break up the air bubbles into small ones, giving the water a fizzy appearance.

The air inlets into the mixing cavity are so designed that by Bernoulli's law, a suction is created in the mixing chamber which actively draws the air in when the water is flowing fast through the assembly.

So in this case you get a slow-moving water stream with a hollow core in it. I'll have to think some more about the oscillation phenomenon.

BTW most aerator nozzles are made to be disassembled for cleaning, and so you can take yours apart and inspect all the tiny features that are molded into the parts inside which let the nozzle do its job.

Not the answer you're looking for? Browse other questions tagged newtonian-mechanics fluid-dynamics everyday-life flow or ask your own question.

2
From where do the bubbles come from in an aerated tap?

4
How does the pressurization in a house's water supply allow adjustable flowrates from a tap?
1
Does water boil when going through a tap (valve)?
28
Why are some parts of this ice block cloudy and other parts clear?
2
Laminar Flow From Outdoor Faucet
3
Why does air get trapped below water pouring into a glass?
70
Why does water falling slowly from a tap bend inwards?
15
Why does pouring tea to a plate make directional jets?