Concept of Real and Virtual Images

I still can't understand the concept of Real and virtual images. What exactly is meant by a screen? Does it mean like a sheet of paper? I can shine torch light from both plane and convex mirror onto the paper, what's the difference? In both mirrors the light gets reflected into my eyes. Is it just the vertical inversion of the image which defines it as real? Are virtual and real images just different names for images with different properties and is there more to it? Is it all about the human eye's perception? After all, even the light rays involved in formation of virtual images stay here only and don't go into the mirror.

To understand virtual and real images, you need to have a clear understanding of what an image or an object is:

Object : An object is a point from where incident light rays physically originate or appear to originate from

Image : A point where reflected light rays physically meet or appear to meet

NOTE An object in optics (whether real or virtual) is not necessarily a physical object, an image formed by one mirror can act as an object for another mirror.

What exactly is meant by a screen? Does it mean like a sheet of paper?

It just means a flat surface that the light rays can fall on to form an image. Could be a piece of paper, could be a wall, could be a cinema screen.

I can shine torch light from both plane and convex mirror onto the paper, what's the difference?

Perhaps it's easier to understand with a magnifying glass. Find one, turn off the lights or otherwise make the room dark, and turn on the TV (or your PC/laptop, or your phone - just hold it far from the lens), and bring the magnifying glass close to the wall opposite to it, and try to focus the light coming from the device.

You're going to get a tiny (inverted) image of the device's display on the wall. Like, you projected the TV onto the wall and you can watch it like that. That's a real image. A similar kind of thing happens in your eye; your eye lens creates such an image on your retina, that's how you see.

Here's a magnifying glass projecting an image of a window: 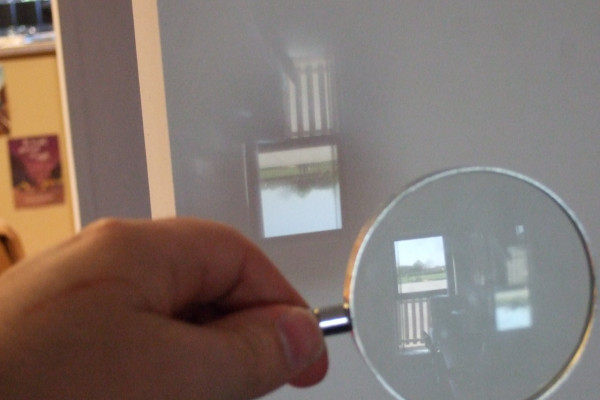 (Taken from this article - do check it out.)

BTW, this also means that when you focus sunlight "to a point", it's not actually a point, but a tiny image of the Sun.

This happens because light rays converge to form an image. If instead you have something that makes the rays diverge (spread out), like a convex mirror (or a diverging lens), you cannot form an image in this way. But, if you extend the reflected rays back beyond the mirror's surface, as if they were straight lines coming from "inside" the mirror, you can sort of "read" them backwards so that they converge again, forming a "virtual image". When you look into it, it looks like this virtual image is where the light rays are coming from. 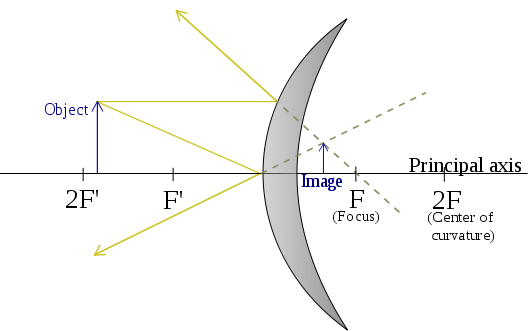 looks like this to an observer on the left 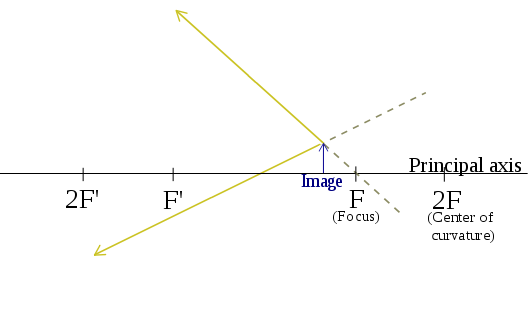 5
Why do we need screen to see real images?

2
Virtual images in (plane) mirrors?
9
If I reflect light from a projector using a mirror, then is the reflected image real or virtual?
1
Virtual image on screen
1
Can a convex mirror form a real image?
1
How do we distinguish virtual images?
1
Identifying real and virtual images (convex lens experiment)
6
Is real image formed by a single optical element always inverted and virtual image always erect?
0
Do Virtual Objects always Produce Real Images?