My question: I want to find an expression at any point in space for the magnetic field $\mathbf B$ produced by a straight wire of finite length $L$ carrying a constant current $I$.

I think that we can simplify our analysis by using cylindrical coordinates, and by placing the wire along the $z$ axis such that the center of the wire is at the origin; we assume the current flows in the positive $z$ direction. So the diagram would be the following: 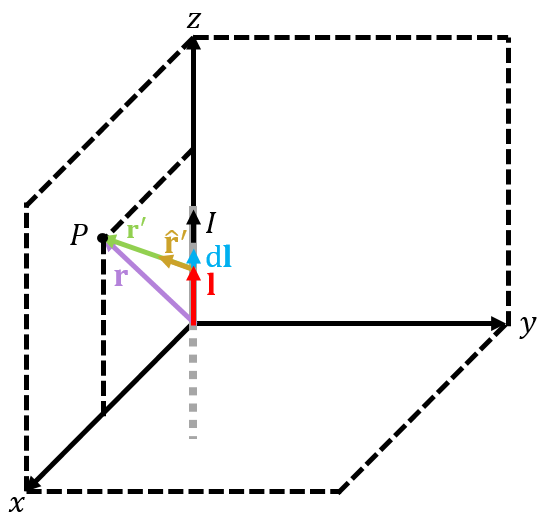 My attempt: Below I show my procedure which I initially wrote in Microsoft Word. I think it'd be a waste of time to translate it to Latex, but if you ask for it, I'll do it. 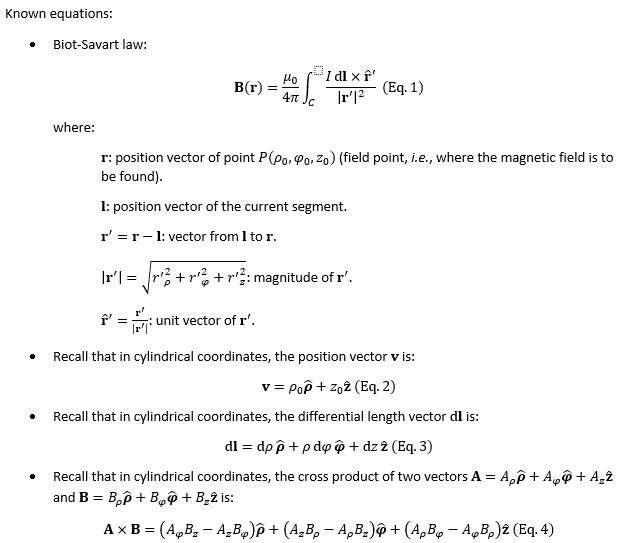 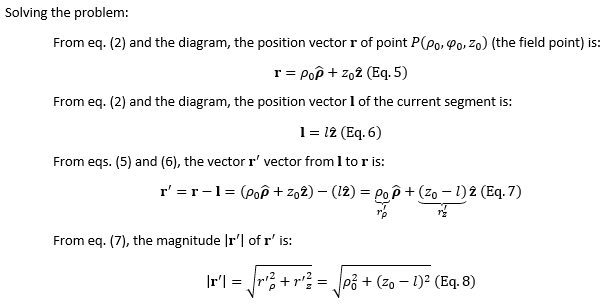 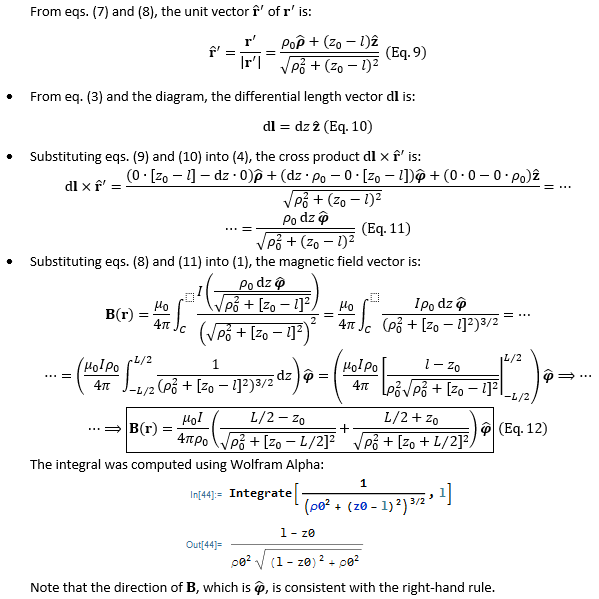 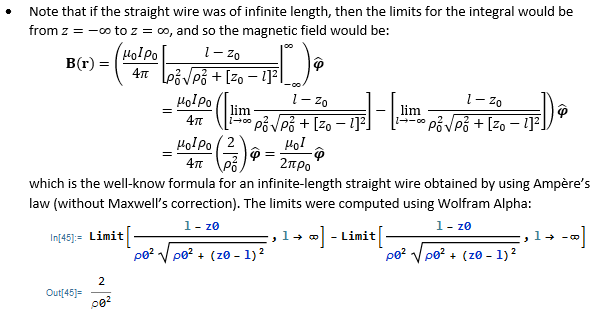 End of the computations. 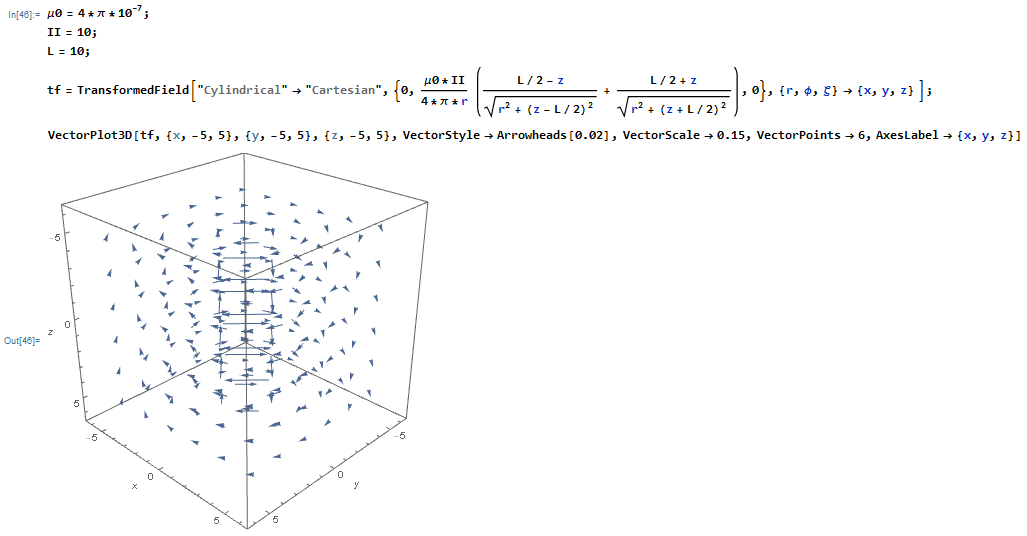 Now, there are some reasons why I think my formula for $\mathbf B$ could be correct:

However, I'm a bit hesitant because I haven't touched vector calculus nor electromagnetic theory since I took a class about 1.5 years ago; I had to review many mathematical equations to answer this question. So I'm asking you to check my work to see if there're no mistakes.

By the way, I'd be more grateful if you could manage to simplify the general expression I got.

10
Magnetic field due to a single moving charge