For a while, I was confused with this question and its answers: Issue about rotational and translational kinetic energy of a pendulum , which led me to ask this question.

Purely rotational motion occurs if every particle in the body moves in a circle about a single line.

From the wikipedia again, translational kinetic energy is defined for a non-rotating rigid body. Or in other words, for objects doing rectilinear motion.

Let's consider the example in the question linked above. For simplicity, consider the same disc is moving along a horizontal circular path of radius $r$ with a constant angular velocity. Now it is clearly not a linear motion. It's a rotation about the axis passing through the centre of the circle. Thus its rotational kinetic energy can be expressed as $$KE_{\text{rotational}}=\frac12(I_{\text{cm}}+mr^2)\omega^2$$

I find it difficult to grab the idea of the above terms. The disc is not rotating about its centre of mass, but there is a term $\frac12I_{\text{cm}}\omega^2$. And the centre of mass of the disc is clearly not doing a linear motion. So according to the previous mentioned facts, translational kinetic energy is not defined for non-linear motion.

How do I comprehend this?

First, I'll discuss the inconsistencies in your concepts:
The motion of a particle (not a disc) that is spun with the help of a string is an example of curvilinear translational motion. The path is not linear, still its translational. Note that a particle can never have rotational motion (because, a particle is a point and a point does not have a radius).Thus, your conclusion that translational kinetic energy does not exist for the COM(which is a particle) is incorrect.

Next, the $\frac 12 I_{cm}\omega^2$ appears because for an observer at any arbitrary point on the disc, the entire disc seems to be rotating around the point. If the observer is standing on the COM of the disc, the situation appears like a disc rotating with angular velocity $\omega$ [$\omega$ is the angular velocity of the system]. The reason why we choose only the COM of the disc, and not any other particle as our Frame of reference is because we know its translational velocity.

Explanation of your problem:
Now its easy to figure out the rotational kinetic energy. Since, the entire disc appears to be rotating with an angular velocity $\omega$ about the COM of the disc, and the COM is itself moving with a speed $v$ at any instant(considering angular acceleration in the circular path to be zero), we get: $$KE_{rotational}=\frac 12 I_{cm}\omega^2+\frac 12mv^2$$

Thinking over this problem, I was able to figure out my errors. I am trying to correct them.

This is the situation I was considering. 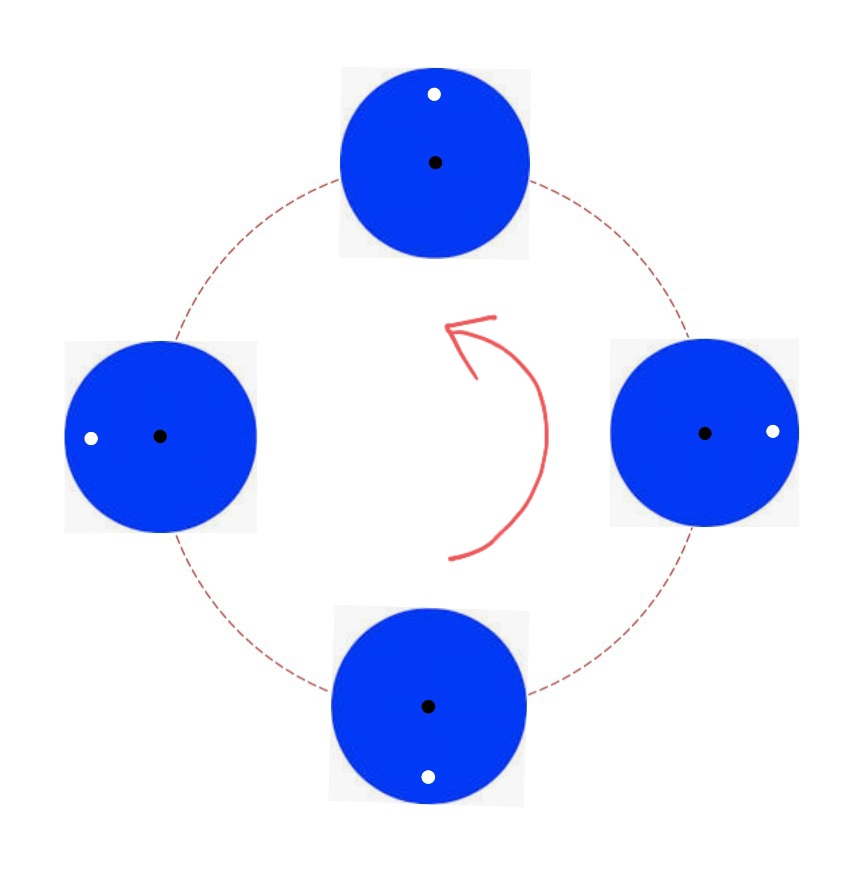 I could separate this to two motions: translational and rotational. 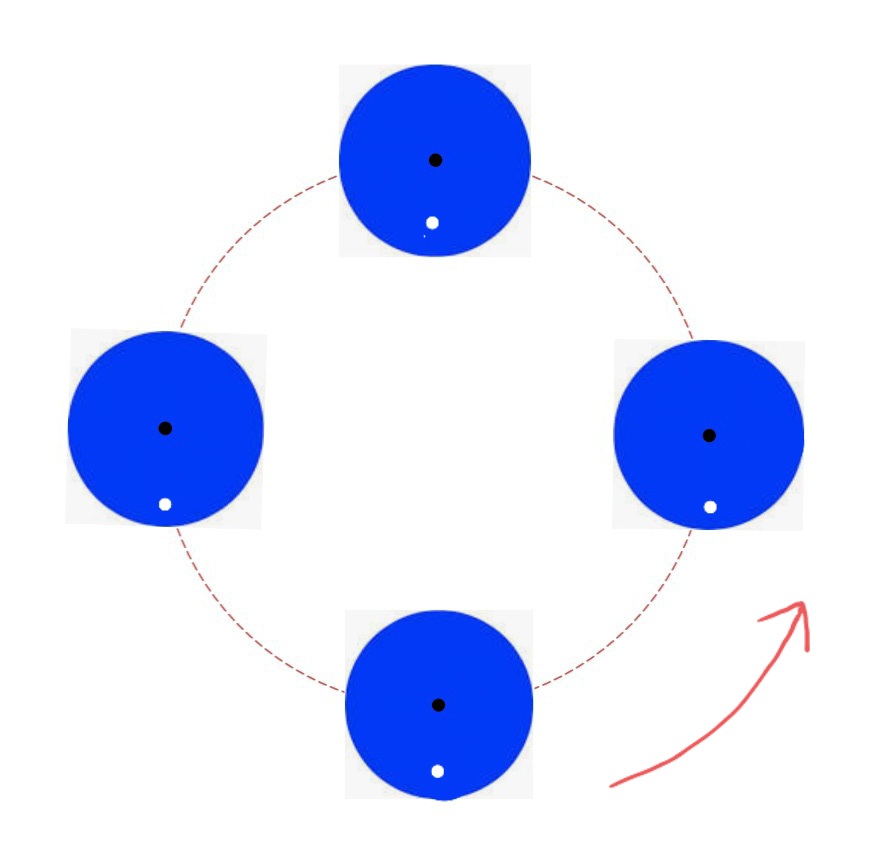 The white dot moves along a circle which is identical to the path of the centre of the disc. So it is indeed a curvilinear motion. The particles perform circular motion separately, but the disc as a whole is not in a circular motion because all particles have no common axis.

Then it can be clearly seen the rotational motion of the disc about its centre of mass [which I was unable to observe before : ( ].

So the appearance of the term $\frac12I_{cm}\omega^2$ can be justified.

The whole motion is built by combining these two motions.

I will quote from John Alexiou's comment for my question on the original post (which caused my doubt).

As far as a rigid body is concerned there is one kinetic energy. The artificial separation of rotating and translating components isn't really meaningful in terms of thinking of a body consisting of many particles that move together

Hence, problem is solved. Thanks : )

Not the answer you're looking for? Browse other questions tagged newtonian-mechanics energy rotational-dynamics or ask your own question.

1
Issue about rotational and translational kinetic energy of a pendulum