Confusion about the shape of the universe

From what I understood, a Universe with a positive curvature should behave like a sphere, and light will eventually reach the point where it started. Similarly to a ball, when an ant starts to walk on a ball in a straight line, it will end up where it started.

However, if the Universe is a sphere, we are in the sphere, not on the sphere, right? And if I imagine myself being in the center of a sphere, and I start walking I see no reason I should return to the center.

If you cannot imagine it, this is what I mean. I am in the center, I start to walk on the red line, and what happens if I reach the end? 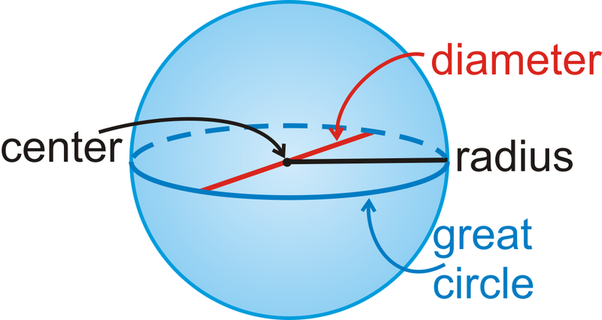 Unfortunately, our brains are not conditioned to think of three dimensions as being curved, either positively or negatively. Instead of trying to draw a picture, the best we can do is to describe such a universe:

When physicists and mathematicians say something is "a sphere", they mean a mathematical sphere. That could be a 3, 4, 5 or other dimensional sphere. So you have to ask "what is a sphere", outside normal language.

A sphere is defined as all the points in a space, that are the same distance from some fixed point. So in 3D its like the surface of a ball. In 2D we call it a circle (the "surface", or points equal distance from the centre, of a disc). In 4D and higher dimensions, we usually call it the surface af a hypersphere or N-sphere .

So when a cosmologist says the universe has a positive curvature and "should behave like a sphere", they don't necessarily mean "like a 3D sphere".

You've run into a confusion, or ambiguity, that English shares with some (but probably not all) other languages. As the term is used in physics, a "sphere" does not actually have any center, as it is the surface of a "ball": The diagram which you've helpfully provided depicts a ball, whose volume does have a center. A sphere has a surface area, but not a volume, and even the description of its surface area is imprecise, because it must take account of that ratio (of the ball's circumference to its diameter) which is pi, and continues into an apparently endless series of variations.

However, even a ball only provides an instantaneous description of the figure (a possible shape of the universe) that you're concerned about, which is not a description complete enough to capture the figure as it's used in cosmology (your first tag), because the volume of the ball may be (and is, at least in that part of the cosmos which is observable by us) expanding overall: Consequently, time must be taken into account.

In Einstein's relativity, time is "visualized" as orthogonal to (in other words, "at right angles to") space: It can only be taken accurately into account through the use of at least two coordinate systems, which greatly complicates the appearance of the resulting figure, known as a "three sphere" or "glome". However, nothing physical like it can ever be seen from any known vantage point, because we do not actually see time: We only see evidence of our passage through it in objects, like the hands of clocks, that have at least some mass.

It like in a good video by nasa guy made some years ago. If there was 2D snails, moving on a platform, and their radius of vision is limited somewhat. Then a 3d creature can place endless pieces of same square, on every direction. As the snails go, they can't see back enough and not far enough (imagine this as a horizon). So they just move, and as big the canvas was made, as big the snail thinks it is. Even if 4 pieces would do the same illusion. On 3d creatures like us, it must be thought like we were on a balloon, balloon can be blown bigger and the objects go further. And round we go. In fourth dimension, it is like a hypercube, which has edges related to other edges of the cube. Like with snails, now the cube is filled with 3d blocks, and on and on we go with our rockets, but no edge will be there. It seems infinite, but it is just how 3d creature sees 4d space. Further explaining would need thinking, so this should be good :)

4
Will a light come back within finite years?

0
Big Bang and Spherical Symmetry
17
Misconceptions about the universe - Hubble Sphere
1
General Relativity, Curvature, and extra dimensions
1
If the universe has no center, how it can collapse?
17
If the Universe is Flat, has Finite Mass/Energy, and is Simply Connected, Then there MUST be an Edge, Mustn't there?
3
Shape of the universe: why does "sphere" (positive curvature) mean finite?