I was reading in the Book: Introduction to Quantum Mechanics by David J. Griffiths. In chapter Time-independent Perturbation Theory, Section: Spin -Orbit Coupling. I understood that the spin–orbit coupling in Hydrogen atom arises from the interaction between the electron’s spin magnetic moment, and the proton’s orbital magnetic field B. But I did not understand why He calculated the magnetic field of the proton (B) using the angular momentum of the electron (L)! Please see the attached pictures. 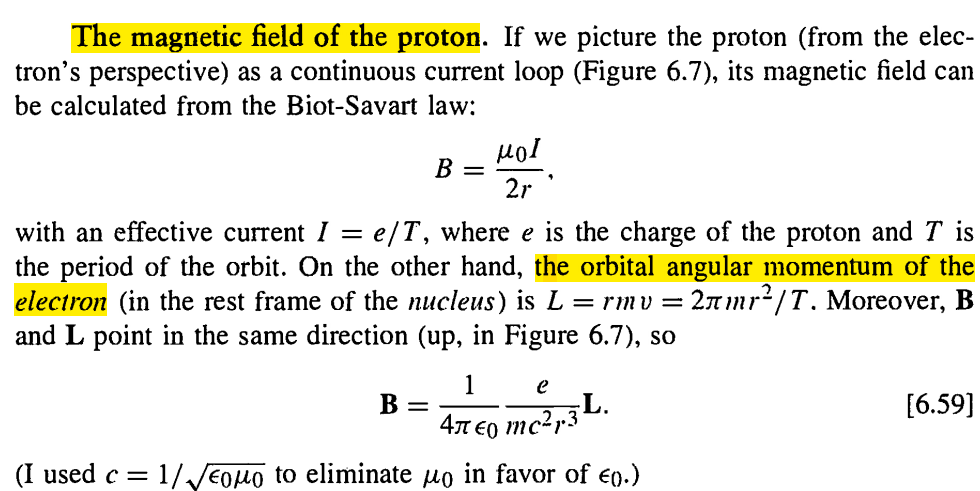 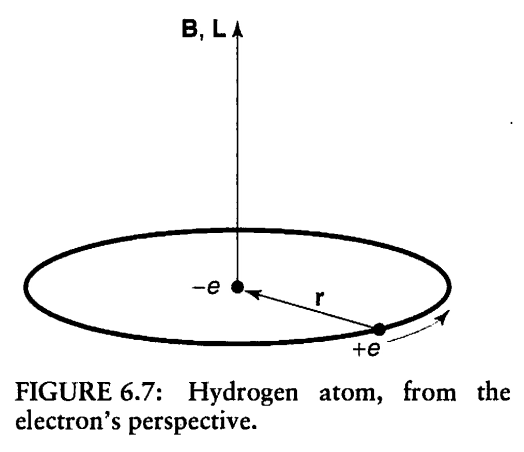 The author is looking at the proton from the point of view of the electron. Thus the magnetic field calculated is due to the electron orbiting the proton$^1$.

In other words, if you think about the electron as being stationary, the proton is "orbiting it", as shown in your diagram 6.7.

From the point of view of the classically moving electron, the proton is essentially a current producing a magnetic field, which will tend to align with the electron magnetic moment. But certainly, spin-orbit coupling is the interaction of an electron’s spin magnetic moment with its own orbital magnetic moment.

$^1$ Classical paths are just that. i.e, classical orbits, when in reality, the electron "path" is more complicated than that.