About the situation, the hoped achievement would be a

My current ideas, some of these I have made and worked with passive magnets, however I hope greater results now. one is not listed on the drawing, this one consists of magnets next to each other which are all faced in the same direction, in my test I made 2 such grids of 5*5 passive magnets and I stacked the layers on top of each other with a small gab between the 2 grids. this worked to reasonably increase the range, in the direction of the flat sides of the grid. 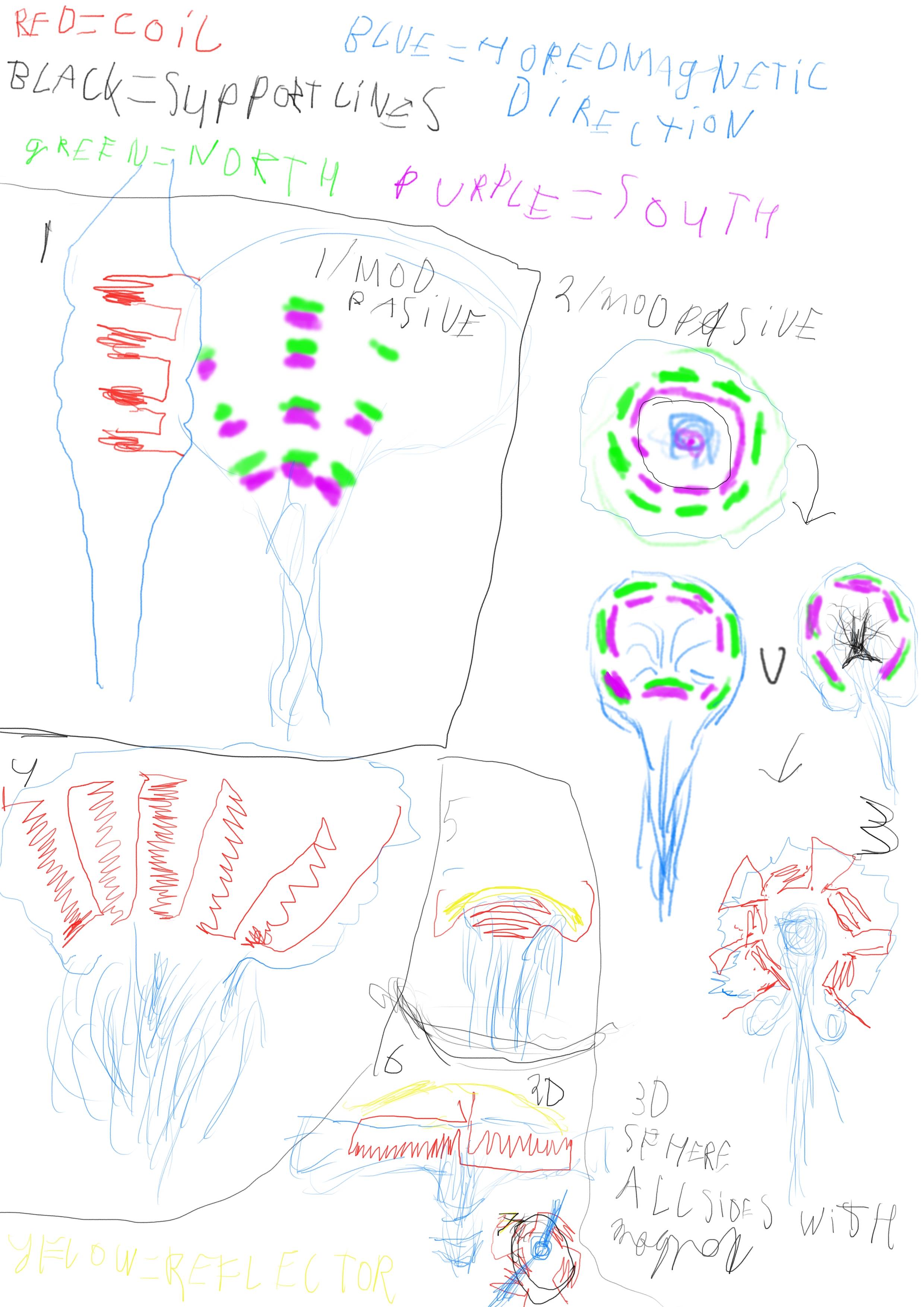 idea 1 uses a bunch of magnetic loops all faced in the same direction in a linear order compared to each other, the mod version adds some similar towers mounted to form a parabola like shape to press the force of the main center magnet into one beam.

idea 2 is based on the design where passive magnets are mounted on a sphere to keep one magnetic field inside of the sphere, and the outside of it the other polarity, this is on one point left open, and in one case adds in a reversed magnet in that location, I replaced it with electromagnets in the design,. this is supposed to work somehow similar to a cathode ray. this design is drawn in 2d but is 3d since the entire sphere is covered in magnets except for one point. idea 3 is a variation of this

idea 4 is a bunch of electro magnets in a parabolic shape.

idea 5 is a magnet in a cone shape with a parabolic reflector behind it. idea 6 is based on a dipole antenna, but it uses coils instead of antennas and it is a closed loop. this generates one pole in the center and one one the outsides and switches it idea 7 is 6 but with could not only left and right, but it makes it a complete 2d circle

as a next thing what shape of coils/what geometry would be best to use. the bleu lines show the direction of the used magnetic field. S1 is about the straight/cone shape of the coil, S2 is about the width to length ratio, S3 is about windings around or behind eachother. 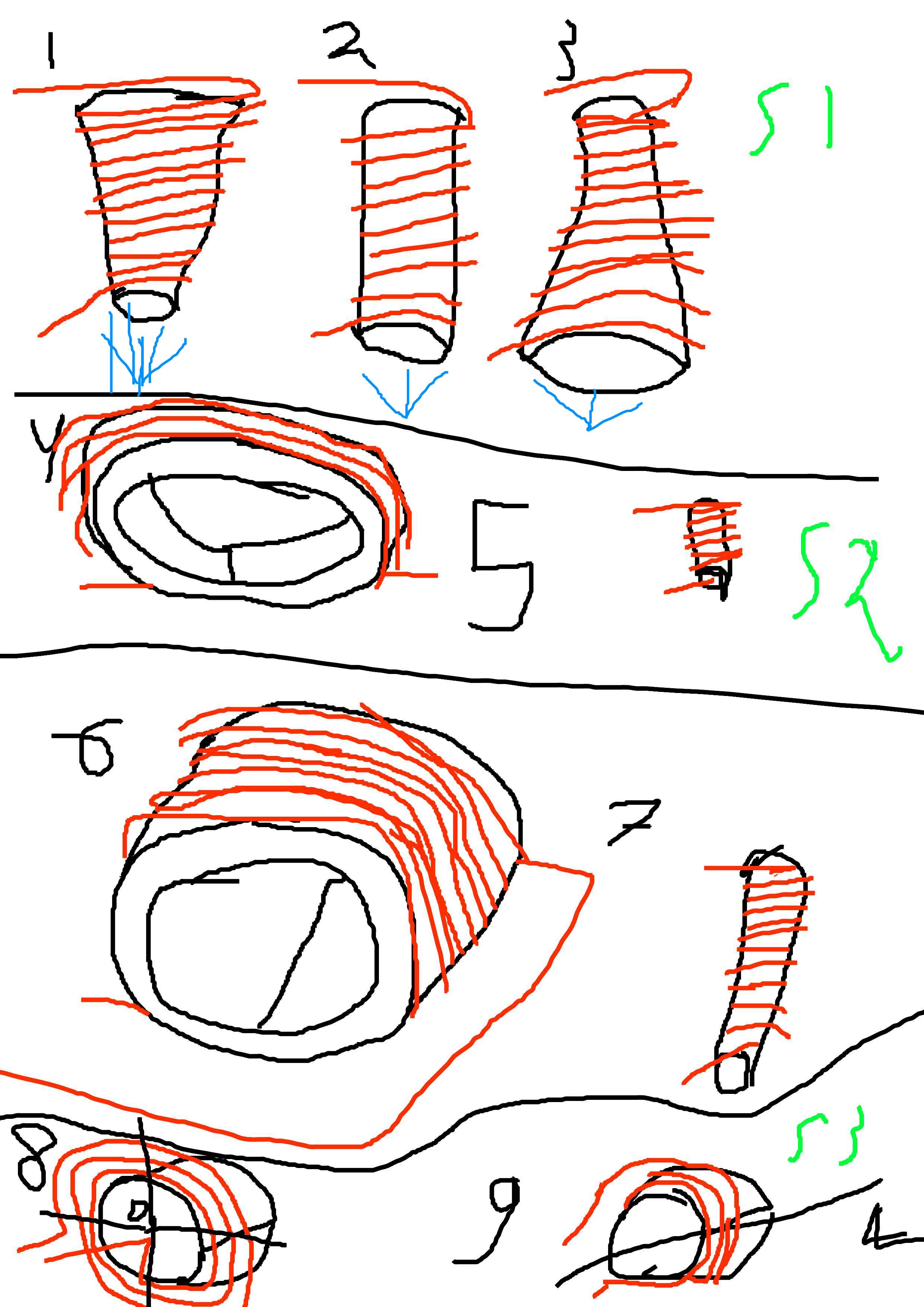 When viewed from a distance, the field from any magnet is a dipole field, which at a distance drops off as the cube of the distance. This does not bode well for forming a magnetic field into a beam.

0
Will magnetic field lines change when a magnet gets closer to other magnets?
2
Do permanent magnets have an electric current surrounding them?
2
Is the South Pole of an electromagnet always at the end where current is drawn into it?
1
demagnetizing a magnet
3
How to store magnets?
1
Is it possible to create a twisted bar magnet and will it have a twisted magnetic field?