I'm trying to understand the wave behavior of light and have questions on diagrams of it. Wiki shows the following two diagrams from Christian Huygens describing the wave nature of light. I have seen similar diagrams elsewhere. How do the black curved lines in these diagrams relate to the third, showing an electro magnetic wave? Are the peaks of $\vec E$ in red equivalent to the curved black lines? Also, do the black lines represent peaks on one side of the surface wave in the fourth picture? 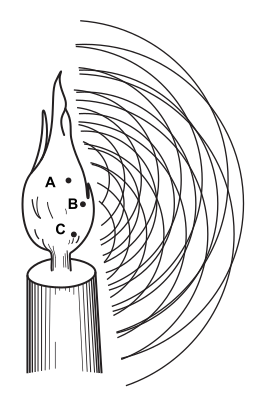 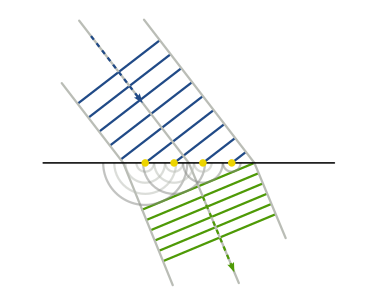 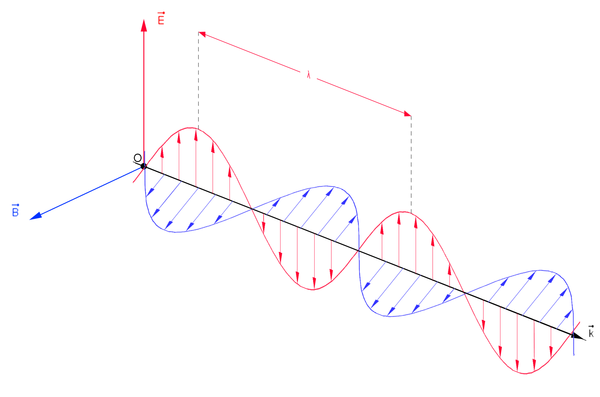 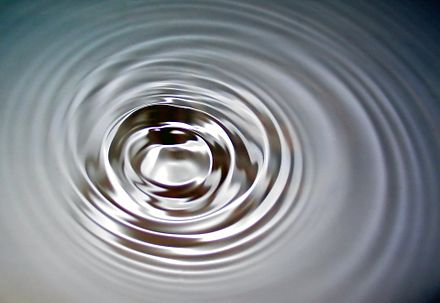 The black lines, the 'wavefront' show the places where a disturbance starting at a point (e.g. A) reach after a given amount of time. The black lines are concentric circles around the point and are best visualised - as you said, as the positions of peaks of the wave that emanated from A.

"Are the peaks of E in red equivalent to the curved black lines? Also, do the black lines represent peaks on one side of the surface wave in the fourth picture?

Seem right, so yes to both.

Not the answer you're looking for? Browse other questions tagged waves electromagnetic-radiation visible-light interference or ask your own question.

2
Is polarization of a wave just a description of its motion in three dimensions?
7
Is the wobbly rope depiction of a radio wave inherently wrong? And how do vectors of parallel waves align with each other?
14
What's the origin of the flattened X that appears when of a small (but powerfull enough) light is reflected in our non-powered TV screen?
7
Question on wave interference?
1
On Superposition In Diffraction
0
Visualising a single transverse wave
3
What's the difference between mechanical wave interference, EM wave interference, and QM wave interference?
4
How can we explain the broad features of this guitar spectrogram?
6
Actual shape of electromagnetic waves