Do we consider all the normal forces on a body while finding the friction acting on a body? 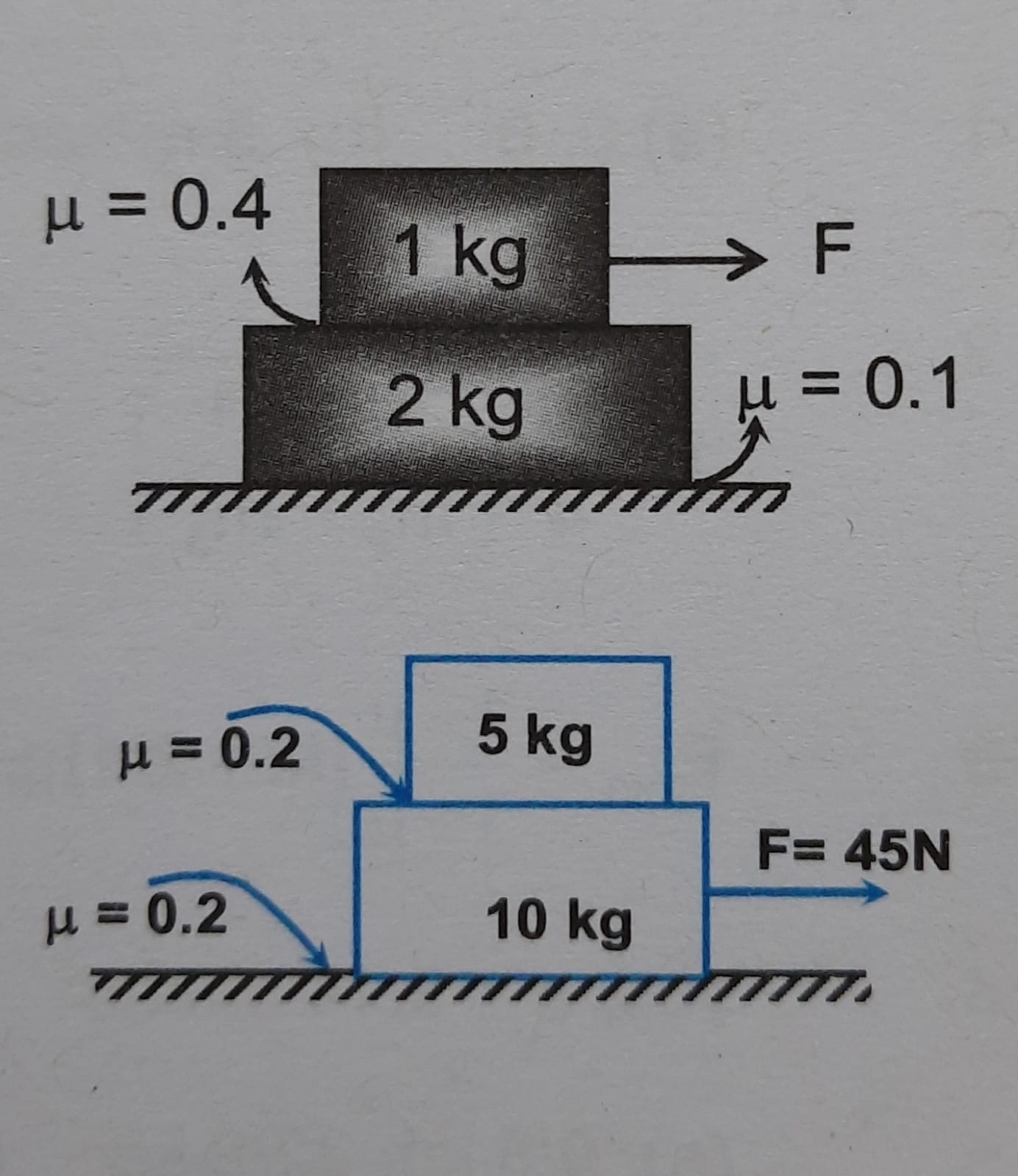 Here, we have two blocks on top of each other, so according to his logic, to find friction between ground and block, we should not consider the force of upper block on the lower block as it is not in direct contact, but I think that should not be the case.

Please explain the concept as I am very confused.

Conceptually whenever we apply the friction force ($f=\mu N$), the $N$ is the force acting on the surface and not on the block, for example, a block of mass $m$ kept on a rough surface, then for equilibrium of body $$mg=N$$ and as a result of Newton's Third Law, $N$ acts on ground, therefore the net force on the friction surface/ground is $N$ and the normal in friction is basically this $N$. This fundamental concept is very important in solving the questions. So in your case 1,
let's say we draw individual FBD's, so on $m_2$ the force from right block is $N_2$, which is shown in the diagram. Therefore, the force on surface of $m_2, m_3$ is $N_2$, hence $f_s=\mu N_2.$

And for case 2,
draw the individual FBD's step-by-step, as done above so the normal force on ground is $$N=(m_1+m_2)g$$
Therefore, whenever we want to apply the friction force, always consider the net force acting on the friction surface, accordingly to the opposite of that force will be Normal Force which we substitute in the equation of friction. Hope this clears your confusion.

First we see why the normal force arises, when we push against a surface, the surface pushes back against us with a equal and opposite force by Newton's third law. This force is the normal force. Friction is proportional to this normal force.

In both cases the normal forces of the required surface have to be considered. The only difference in case 2 is that the body has zero acceleration downwards, so the normal force must be equal to the weight of both the bodies. If that was not the case, the body would go through the ground

17
Block on a block problem, with friction
2
Is the newton's second law for a body experiencing a frictional force, relative to the surface in contact?
1
Find the minimum force that has to be applied to the block $m_1$ so that the other block just begins to slide
1
Moving wedge and pulley system
0
Does the mass affect the speed if friction is 0
0
Why does this one move faster?