Is Stellar Aberration a one-way speed of light measurement?

There is a discussion ongoing about the feasibility to measure the one-way speed of light, ever since a Veritasium video on the subject. There is also a wikipedia page about the subject. But Veritasium does not mention Stellar Aberration, and the Wikipedia is funny about it: it has a picture of Stellar Aberration, but does not mention it anywhere in the text. 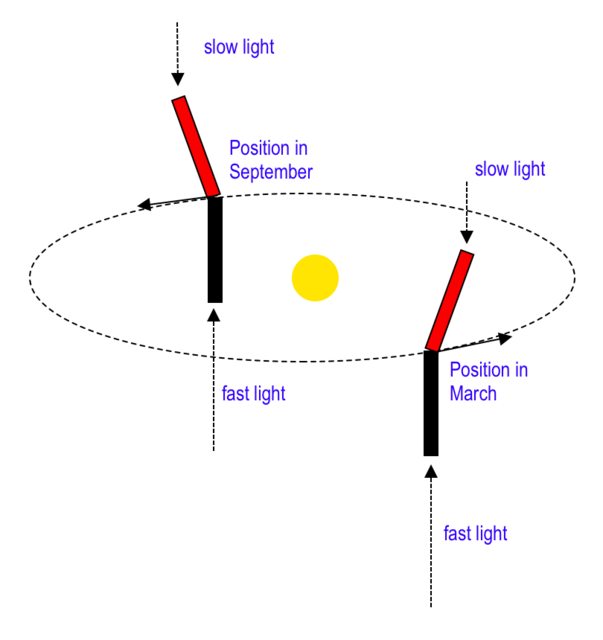 The question been asked before on this forum, but that (more general) question sparked loads of speculative answers, without addressing Stellar Aberration specifically. The one answer by Albert that does address Stellar Aberration, states that it necessarily needs to be based on the one-way speed of the observer:

But I think we have shown that that is not really true. Even if we don't know the velocity of the observer at all (but it is not zero), if there is a difference in the one-way speeds of light in the two opposing directions, we must see a difference in aberration angle for the two stars. So at the very least we know whether the one-way speed of light in two opposing directions is equal or not, even without knowing the speed of the observer.

So, is Stellar Aberration a measurement of the one-way speed of light, or where is the fault in my reasoning?

Browse other questions tagged speed-of-light or ask your own question.