How to apply torque in this problem?

I am trying to solve the following question.

There are two wedges placed one on another on a horizontal plane as the picture given below. The coefficient of dynamic friction between each surface is $\mu$. The bottom wedge is given $u$ initial velocity. Find the final horizontal displacement of the upper wedge.($\mathit{Note}$:Measurements of the wedges are given) 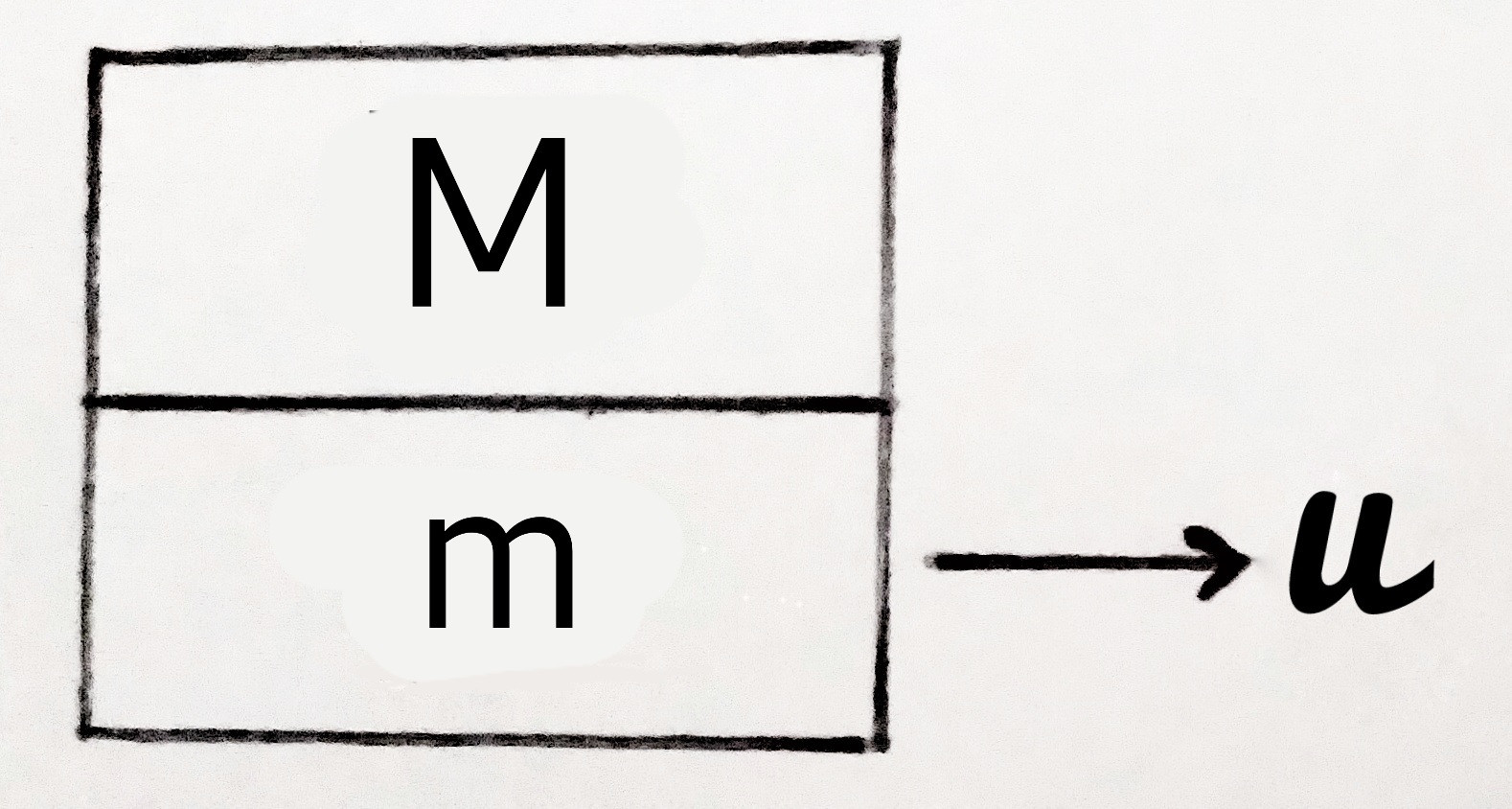 I am trying to solve the question using Newton's second law $F=ma$. But the following situation puzzles my mind. After the bottom wedge has slipped a distance of half of its length, there will be a torque on the upper wedge caused by its weight and the normal reaction between the surfaces. 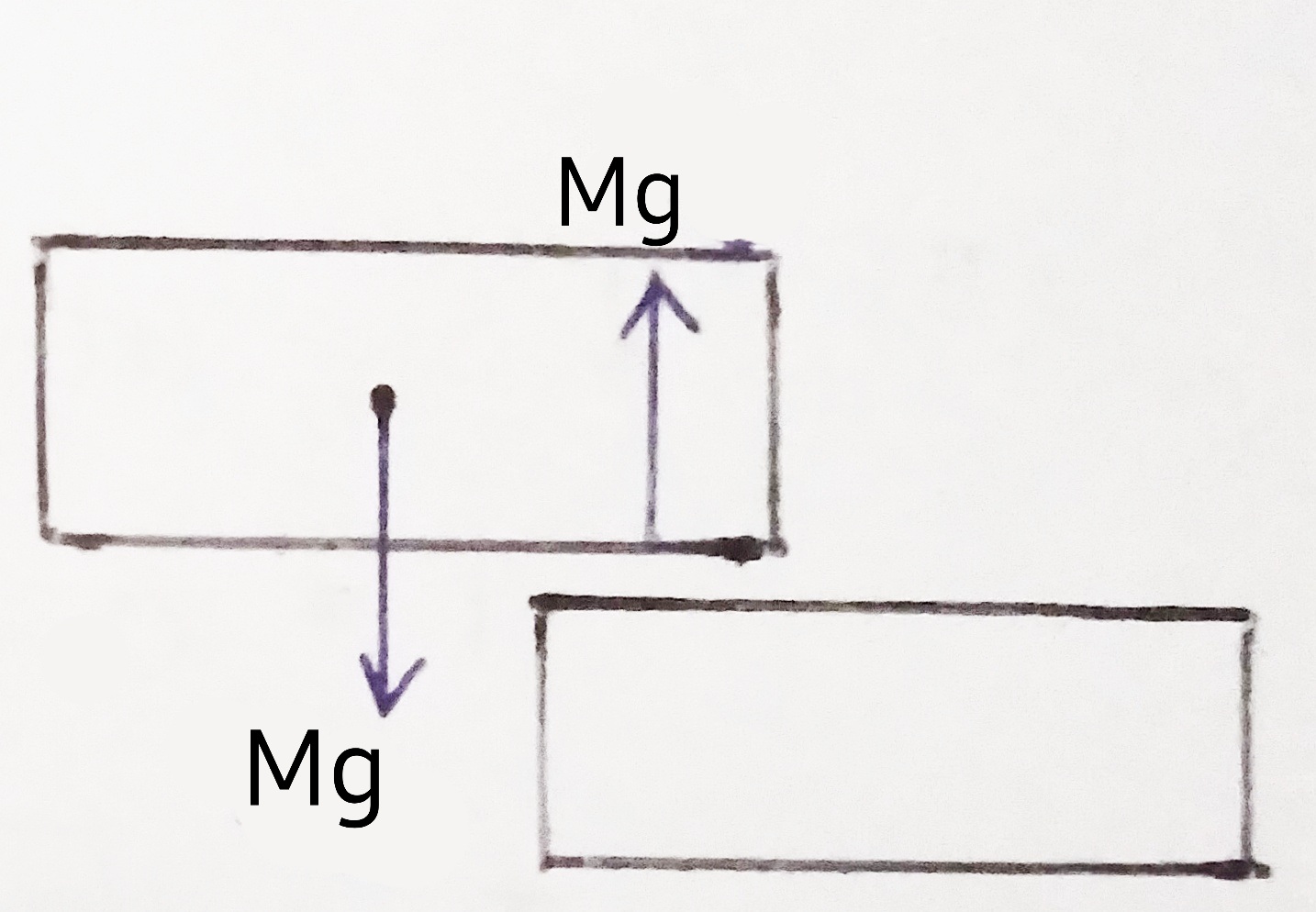 I am wondering how to apply this torque in the calculations. A guidance will be appreciated.

You are correct in finding this exception. Whether this occurs will (obviously) depend on the actual values of $M$, $m$, $\mu$ and $u$, as well as the sizes of the blocks. By solving the initial differential equation, you can obtain a condition (inequality) for which this will never happen (where the relative velocity reaches zero before the slippage reaches half the length).

Therefore, if the above condition is not satisfied, the situation you described will occur. Actually, several situations could occur depending on the parameters and initial conditions. For example, we could have

I believe the best way to analyze the above is to work in the frame of the lower block. You have three dynamical degrees of freedom, all of which are functions of time:

In this frame, there will be four forces acting on the upper block:

Do also take note that other things such as the moment of inertia will also be changing due to the changing pivot point. You also need a constraint equation for the blocks to remain in contact with each other. This is a non-trivial problem. You could first try to solve easier cases such as

Simplest solution: The lower mass m is struck by a horizontal impulse giving it a large momentum (mu). It leaves so quickly that the upper block does not gain a significant angular velocity. The upper block experiences a horizontal impulse from friction: μMgt = Mv where (t) is the contact time. It drops to the lower surface where it receives a similar (but negative) impulse from friction and stops. The displacement would be 2(v/2)t. And t = [L+(v/2)t]/u. You are right. Rotation would complicate the problem.

3
Conservation of Angular Momentum and linear velocity
2
Stick and slip motion: mass and spring inside a box model
3
Torque due to friction on a series of disks
1
What's wrong in my approach towards solving this problem?
0
Friction. What am I doing wrong here?