I have preformed the muon lifetime experiment at my uni's lab, and got the data. It's text file with 8190 numbers. My TDC unit was set so that the time gates were at 10 $\mu s$, and it has 8192 channels (first and last contained some kind of noise so they were not included in data analysis).

Now, I made a program in python that will sum every n data, and make a new list that I can then plot in bar plots and from that calculate the mean muon lifetime, because it decays by exponential law.

I also found that I can estimate the muon lifetime by using this formula:

Using that as a guide, I found that for my data I get the best estimate if I set the bin count at 7 (7 bins), and if I put 10, I get higher result. Now if I set the bin number to 20, I get even higher number. 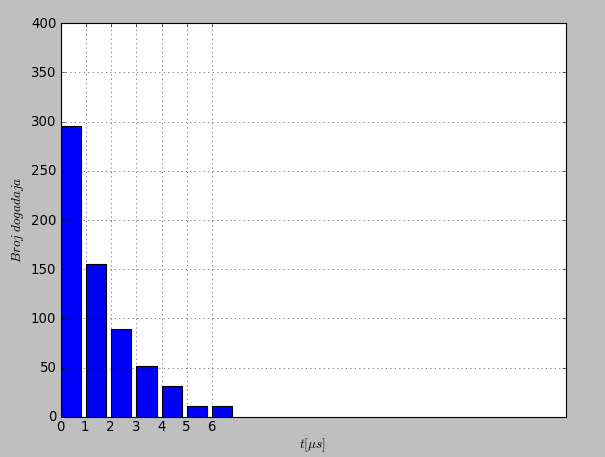 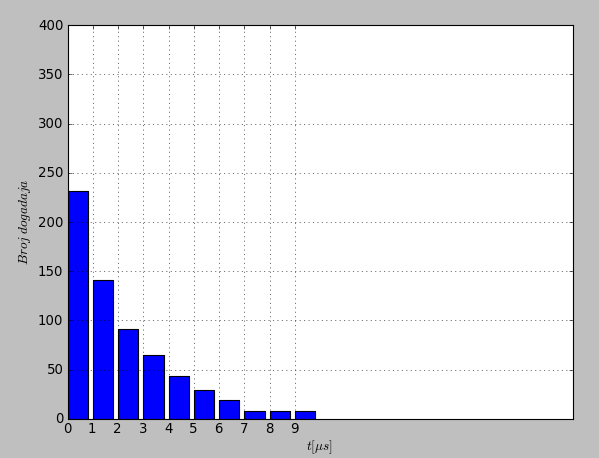 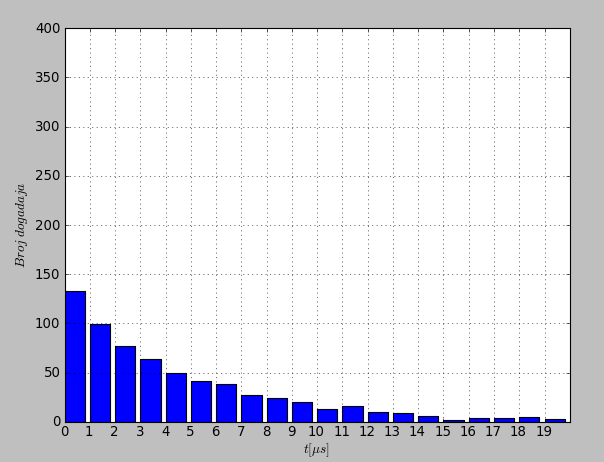 So what am I doing wrong with interpreting this?

There are at least two issues:

The weighting issue in point 2 is a subtle effect; I don't think it would double the half-life you get from your fit. The bin size in point 1 is much larger, and could account for an error of that size. You should correct that first. And depending on the level of the course, you might not even be expected to do the full uncertainty analysis.

Not the answer you're looking for? Browse other questions tagged particle-physics experimental-physics data-analysis or ask your own question.

5
Caveats when using event-by-event reweightings?
1
Comparison between Bethe-Weizsäcker-Model for the nuclear binding energy and measurements
13
How do scientists determine when to disregard a model that has a higher correlation to data than another model?
3
Can you create an actual coherent state?
3
Binning or just skipping values in a simulation to avoid autocorrelation
1
Removing zero-counts in exponential decay measurement
0
How to optimize the significance for my neural network with the purpose of classifying detector events?
0
Density frequency height uncertainty in histogram