How can the center of mass accelerate in this case?

I have asked this question earlier and got some conflicting answers in the beginning but then got the answer that the friction force is what accelerating the center of mass.

Take the example of a man (say of mass 50kg) and a tank (of negligible mass) filled with water kept at some distance (whose total weight is also about 50 kg). Now suppose there is a pipe of uniform cross section (whose mass can be ignored) connecting the mouth of the man to an opening at the bottom of the tank. Also the surface on which they are standing is sufficiently rough (so that they don't move). 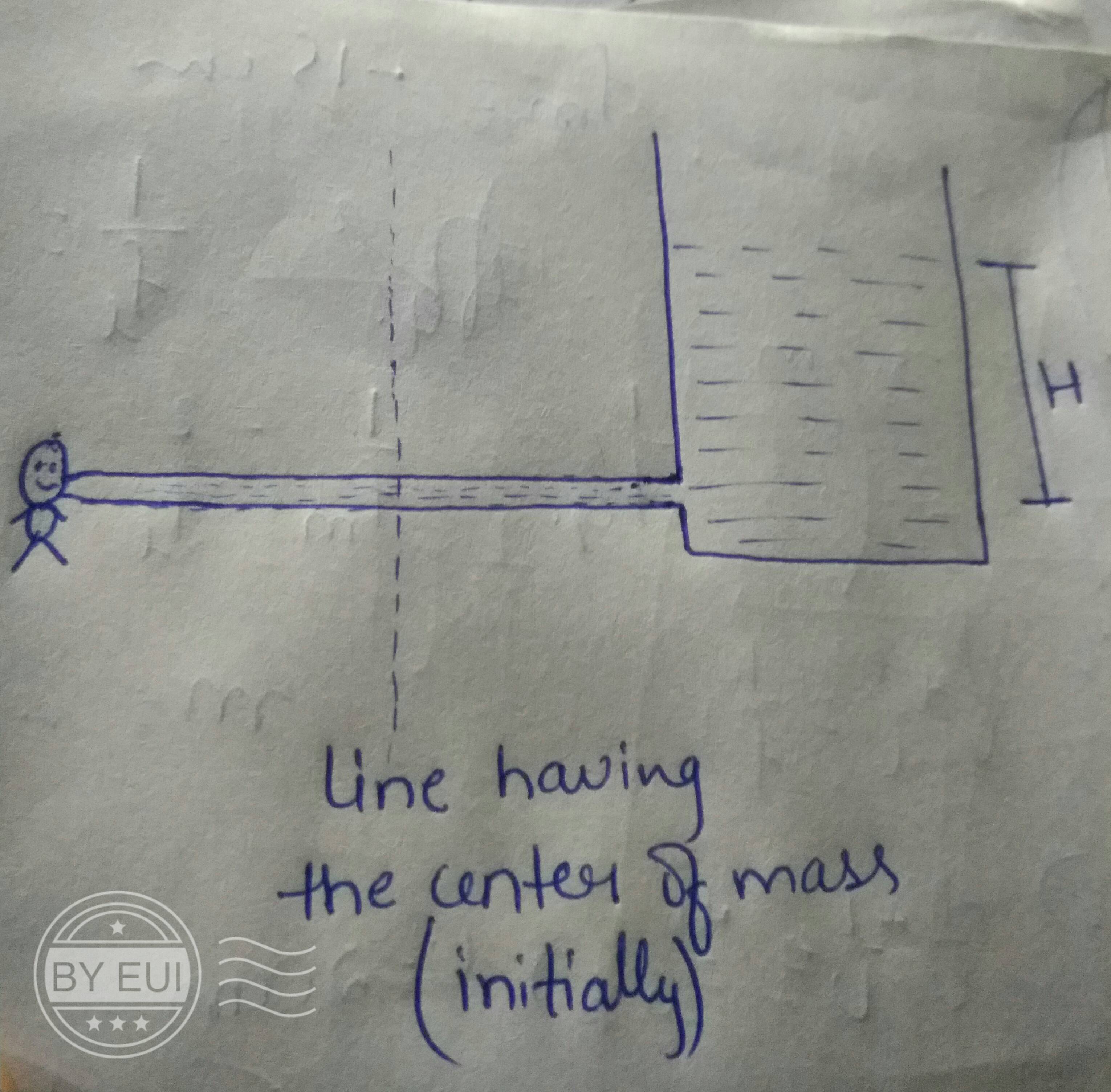 But I am confused on this one again and I'll try to clearly put out my confusion.

@lineage mentioned that the thrust force on the tank and the friction force can be calculated as "$\rho v_{exhaust}^2 A$".

But if we analyse the motion of the water once it reaches towards the man we can similarly say that the force on the man by the water is equal to the force on water by the man in magnitude which is in turn equal to its change in momentum per second (which is again ($ \rho A v_{exhaust}^2)$ given the fact that the tube is of uniform cross section.

This means that the water will push the man in the left direction and thus the man experiences a friction force in the rightward direction.

$\Rightarrow $ So we got two external forces from here acting on our system (man+ tank + water) :

1. Friction on the tank in left direction

2. Friction on the man in the right direction

But notice the coincidence that the magnitudes of both the forces are equal and thus we get zero external force on our system.

Now this is something very confusing and unclear to me because if there is no external force in the horizontal direction then how come the center of mass accelerate horizontally?

So once again can someone explain the stuff happening here ?

Note : Notice the fact I mentioned in the question linked above that the ground on which they are placed are sufficiently rough such that neither the tank nor the man accelerates anyhow.

Sometimes it is easier to imagine what would happen in friction were absent.

Let's put the system (the tank and the man) on a tray with zero friction against the ground.

As the water comes out of the tank, there is an unbalanced force on the tank. So the entire tray accelerates to the right.

When the water finally strikes the man, the forces are balanced, but that just stops the acceleration, not the speed. So the tray is moving slowly to the right.

When the water leaves the tank, it no longer has any horizontal force from the water, but some is still striking the man. So there is now a net force to the left which slows the tray. After all the water is gone, the tray has slowed to zero. There was a net acceleration for short periods of time, but not at steady state.

If we put friction back onto the tray, then the frictional forces are not in balance at the beginning and at the end of the flow. The forces on the tank and the forces on the man do not happen simultaneously. This non-simultaneity is responsible for the acceleration of the center of mass.

Not the answer you're looking for? Browse other questions tagged newtonian-mechanics forces reference-frames flow or ask your own question.

7
Can static friction force alone make the center of mass accelerate in this example?