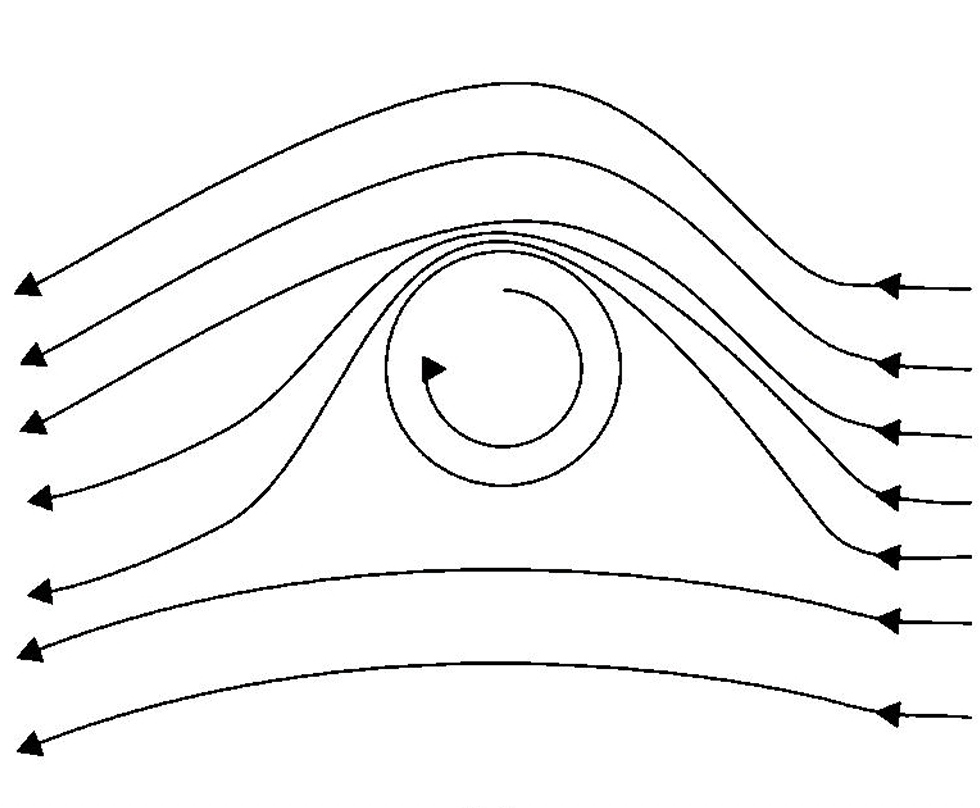 This picture shows the effect of Magnus Effect experienced by a spinning ball in air.

My text says the following:

The figure shows the streamlines of air for a ball which is moving and spinning at the same time.The ball is moving forward and relative to it, the air is moving backwards. So, the velocity of air above the ball relative to the ball is larger and below it is smaller. The streamlines, thus, get crowded above and rarified below.

They also add that the resultant Pressure difference creates a net upward force.

But, I am unable to understand this picture. The reason is, it does not make any sense to me. I think, it is safe to say that the ball is going to the right since the streamlines of air are moving against it. The ball is spinning clockwise. So, how does this ball drag the air above it in this manner ? I mean, look at it, shouldn't the ball actually be blocking the movement of the air above it?consequently, shouldn't the velocity of the air above the ball be actually decreasing? (And velocity of the air below the ball should be more since the ball's spinning actually facilitates its movement). Basically, my argument is, the resultant pressure difference should favour the downward movement of the ball.

Where did I go wrong and would you clarify why I am wrong?

Another thing is, why do the streamlines always move against the ball? Why can't they move along with it? The text simply states it as such. But if air can move faster than the ball and if there is a low pressure zone somewhere near the trajectory of the ball, shouldn't their streamlines also be in this?

If the book says what you say, then the book is wrong. the force in this case is downward.

Not the answer you're looking for? Browse other questions tagged fluid-dynamics rotational-dynamics projectile lift or ask your own question.