Do Electric fields really contain energy in them? [closed]

If we assume that energy was first absorbed by q1 and then released by it which then reaches q2 , the same as , electric field not being absorbable and somehow magically gives the energy to q2 and q1 with no reduction as seems by assuming that charge can absorb it. THE WHOLE SITUATION IS MADE TO BE STATIC 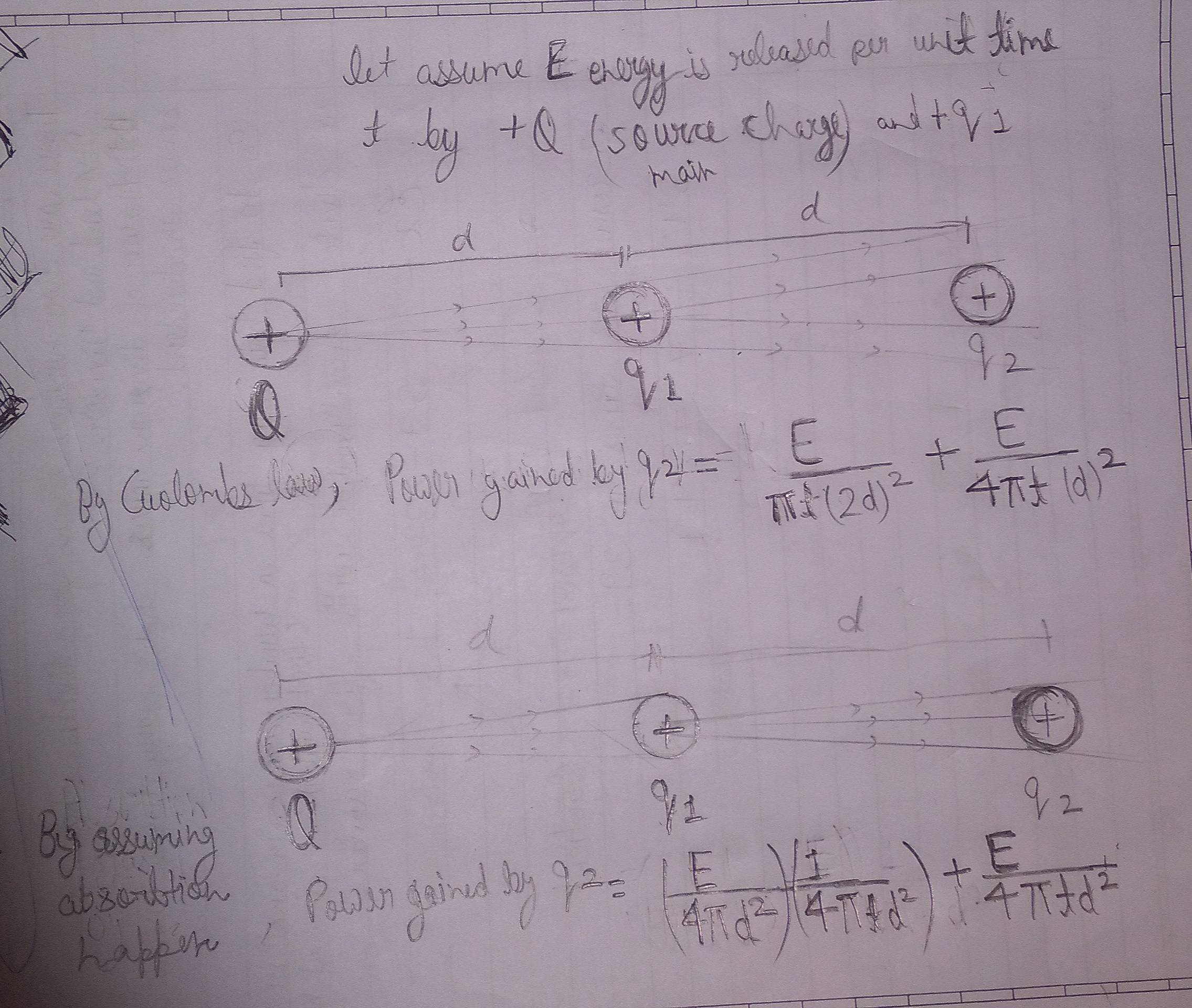 EDIT: i think a more close assumption for that is , Electric fields do contain energy and can also pass through charges body and can also get absorbed by it But the absorption of that energy only happens when the field actually accelerate any charge(work done by producing motion) OR charge can neither accumulate more or less energy density or electric field density. Take electric field strength(electric flux) proportional to Energy density

Taken in the context of your previous question (Can electric field pass through a charge particle so that the charge particle behind the one can get energy?), it seems you're envisioning an electric charge as continuously generating a "flow" of outgoing electric field, and that this flow has associated to it an energy flux. The former point may be arguable and up to a choice of metaphysical perspective (particularly given that changes propagate at $c$), but the latter is definitively not in line with standard E&M. The flow/flux of energy associated to electromagnetic fields is exactly what's described by the Poynting vector:

This encodes both the magnitude and direction of energy flow through electromagnetic fields. Notice that it is identically zero in any electrostatic setup (as in your scenario, with stationary charges), where $\vec B = 0$. This means that there is no energy flow in electrostatics, and your charges aren't accumulating energy over time simply by virtue of being in each other's presence. Once you allow the charges to start moving in response to each other's fields, however, this situation will change as the fields do work on the charges and the charges radiate.

Closely related to the above is energy we associate with the field itself through the energy density, $$ u = \frac{1}{2}\left( \varepsilon_0 E^2 + \frac{1}{\mu_0}B^2 \right) .$$ This quantity encodes both the interaction energies of the various charges sourcing the fields, as well as energy of propagating electromagnetic waves which can exist in the absence of sources. From this one infers that the electric field does indeed contain energy, but notice that in static scenarios with stationary charges, the energy density at each point in space is constant over time, so once again there is no flow of energy between our static charges. This association of energy to the field is problematic in the case of literal point charges (see What is the energy of a single charge system?)-- an indication we must accept that ideal point charges are an approximation and something changes at very small scales-- but your scenario can be considered just as well with finite spheres of surface charge, and the essential picture above does not change at all.

Not the answer you're looking for? Browse other questions tagged electromagnetism electrostatics energy electromagnetic-radiation electric-fields or ask your own question.

1
Why isn't the electric field just a mathematical tool?
2
What is maximum energy we can extract from electric field?
4
On the relationship between mass-energy and electric field energy
0
Capacitor charging and Energy storage
0
Do propagating electric fields have energy stored in them?
0
If magnetic fields do not have any energy in them then, how could they work on charge?
0
Energy of electric point charge at and not at the origin