What colors reflects the most infrared radiation?

About fifteen years ago I read in a book (Physics by James Walker 3rd edition) that dark brown color reflects IR better than any other color and consequently weather heat since our bodies get most heat as IR and therefore wearing very dark brown clothes (almost black) helps keep the body cool. He went so far as to show picture of Saharan Bedouins walking between sand dunes and dressed in very dark clothes on a sunny day as proof that they knew it was the perfect color through the generations. Since I spent most of my life in the hotest spots inthe planet, ever since redding that I've been wearing dark brown clothes most of the time despite the fact that all people around me wear white clothes and drive white cars and dispit government media warnings and advice to wear white clothes and dispit the fact that I always felt uncomfortably warmer in brown clothes and the fact that since middle ages women in the midle east wear dark colors due to a famous verse of a poet flirting with his lover when he saw her in black clothes in Baghdad I couldn't trust my senses and general knowledge nor the public media more than a university physics book I picked from the university library. Today I was thinking of using crystals to split a green leaser but I found out that the result will be in the IR range and then I did a small experiment with an IR remote and phone camera to see which color is appropriate to observe reflected IR.
The first picture is IR on a brown smooth door and the second is on a white wall (due to curfew I couldn't get colored cards of the same material) 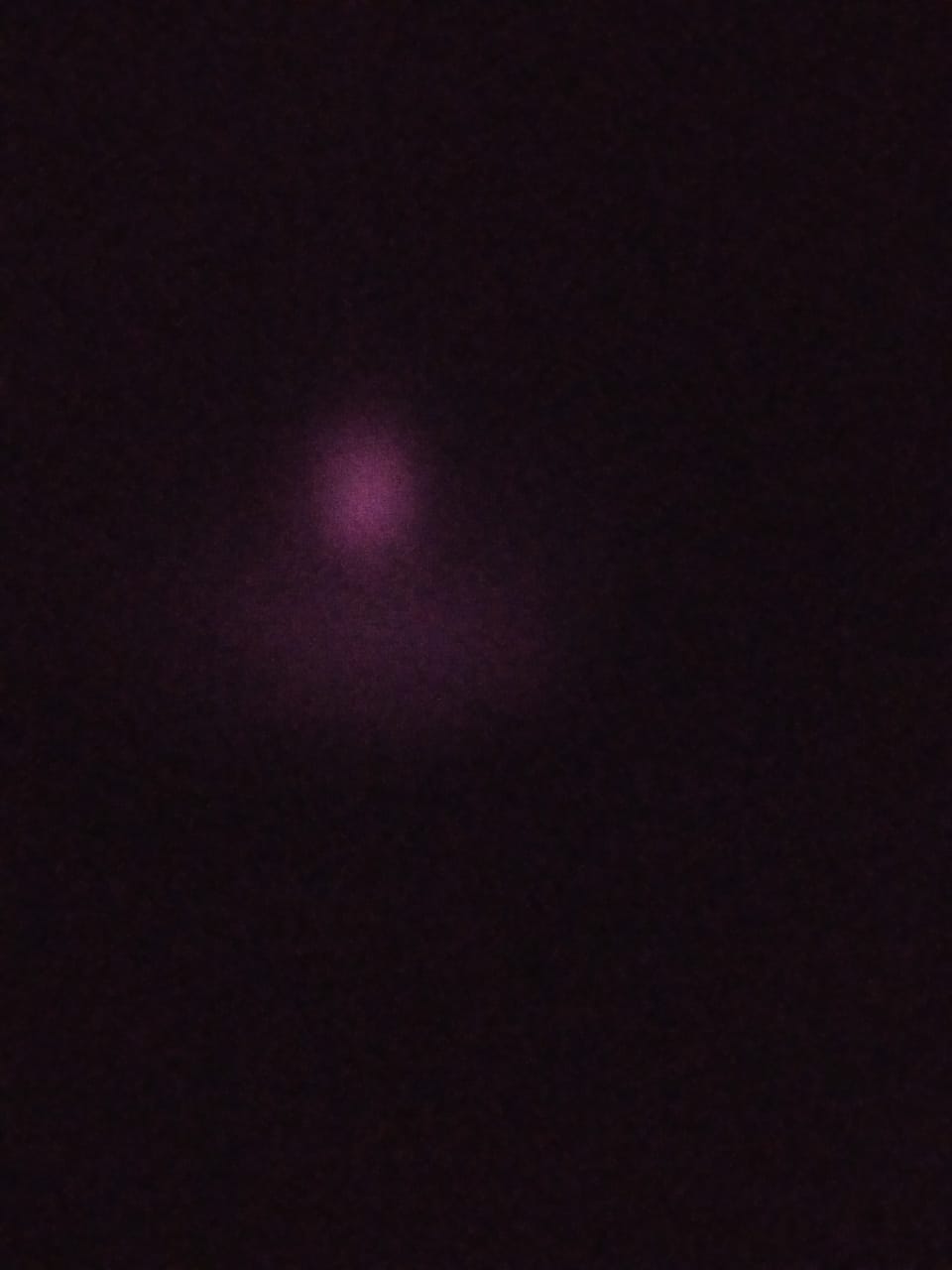 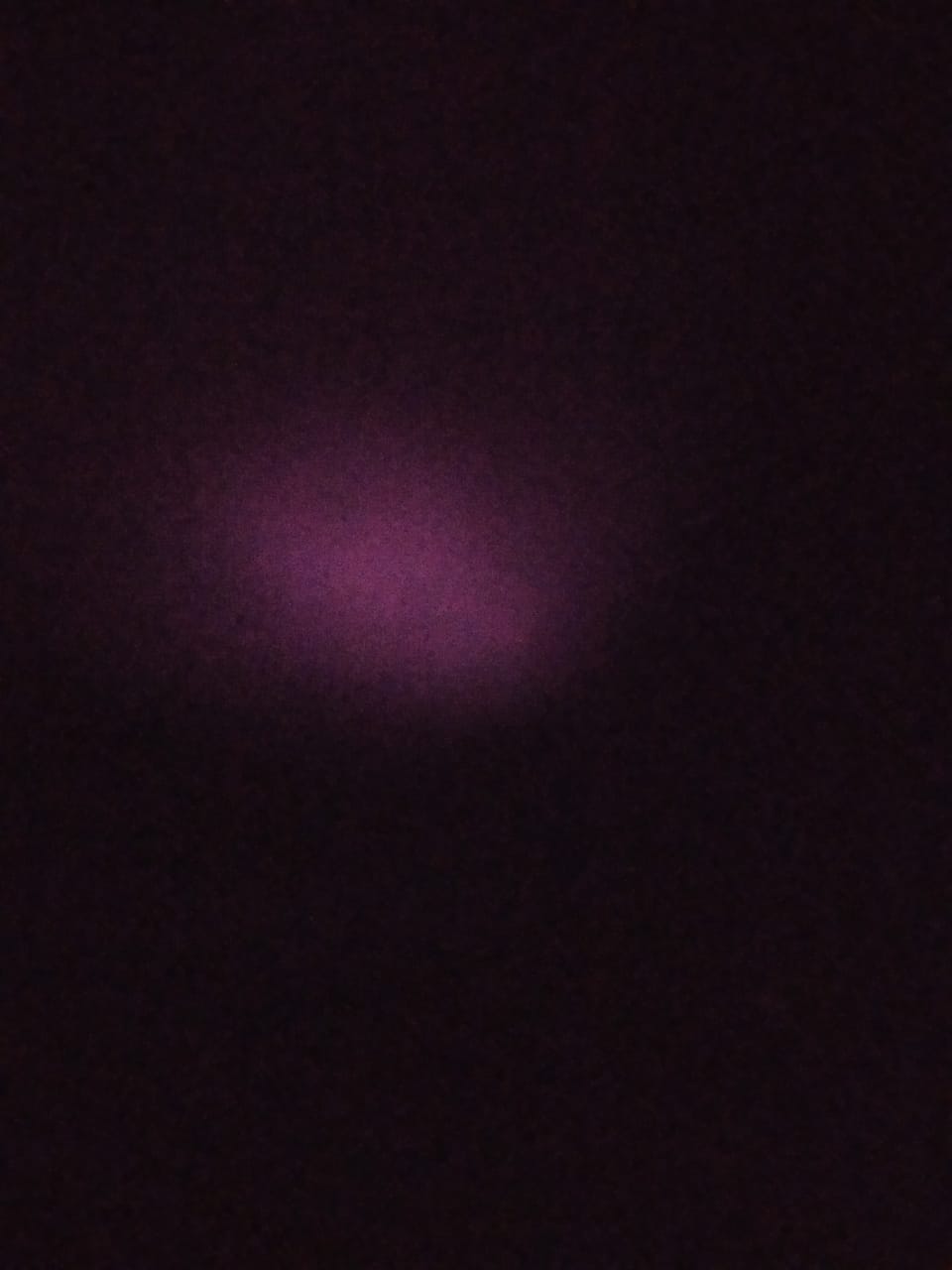 Edit:
The brown door has a glossy surface layer that reflects light more than the wall so the first image should have been even more darker.The upper bright spot in the first picture shoud be neglected because it appears with visible light as well and its a result of the glossy coating. only the lower dimmer region similarin shape to the one in the lower picture should be considered.

IR is an extremely broad wavelength range (from near infrared, 800 nm to far infrared up to 1000000 nm). What you deal with when you experiment with a TV remote and a phone camera is near infrared (800-1000 nm). The material properties in that range are still pretty comparable to the optical range (although we don't see "infrared colors"). With a near-infrared filtering camera you will be surprised to see that many colored objects appear white, though. This is especially striking for many black colored objects. The reason is probably simply that the designed objects are not "optimized" for the NIR range because nobody would see those "colors" anyway, and wouldn't pay for it.

However, this has nothing to do with far infrared heat radiation (or is rather only a tiny part of it) which starts at about 3000 nm up to 50000 nm. Absorption spectra in that range are totally unrelated to the near infrared. The latter is still dominated by electronic transitions (similar to the colors we see) inside molecules, while the former is dominated by the vibrations (or phonons, quantum-mechanically) between the molecules.

That is the reason why you cannot tell anything about the thermal radiation behavior (especially reflectivity, or "FIR color") of clothes by referring to their various visible colors. It's totally different physics, so to say. The only notable exception are metals: they reflect well in the optical and NIR range, and so do they in the FIR range. This is the reason why it is very difficult to determine the temperature of metal objects with a thermal camera (you might just see the reflections of nearby objects, e.g. yourself, and hence, their temperatures instead of the true temperature of the metal part).

What does have an indirect thermal effect, though, is the absorption of visible light and NIR and the subsequent conversion into heat radiation (much larger wavelength) due the temperature of the object being raised. Black clothes absorb the light of the sun very effectively and raise your temperature a lot while you are in the sun, as opposed to white clothes, which reflect most of the sunlight, and hence, allow less to be converted into heat.

I would claim that what you have read in your book is a very popular science myth, set up to explain the confusing fact that people in the middle-east or africa wear black clothes, where this is actually probably just an accidental cultural mannerism, rather than a kind of "intuitive science by wise ancient grey-bearded sufi shamans".

Not the answer you're looking for? Browse other questions tagged everyday-life reflection thermal-radiation infrared-radiation textbook-erratum or ask your own question.

3
Polar ice caps and thermal radiation
3
Light-matter interaction and an object's appearance
3
What happens to photons after they hit objects?
15
What common materials absorb most infrared light?
7
Is it better to wear black clothes in the summer?
1
Why do electrically conductive materials block infrared radiation?