In a spherical capacitor, we have two concentric spherical shells, the inner one carrying a charge $Q$ and the outer one carrying charge $-Q$. If the inner shell is displaced from the center without touching the other shell then will the capacitance increase or decrease?

I was trying to solve this question and my solution is that we do work on the capacitor to move the inner shell so the potential energy of the capacitor should increase. Using $U = Q^2/2C$, capacitance should decrease. But the answer is that capacitance increases. Where is the flaw in my logic? Is there any other solution to this problem?

Using Gauss' law we know that for a spherically symmetric charge distribution the electric outside is that of a point charge at its centre with the same charge. Consider the set-up: 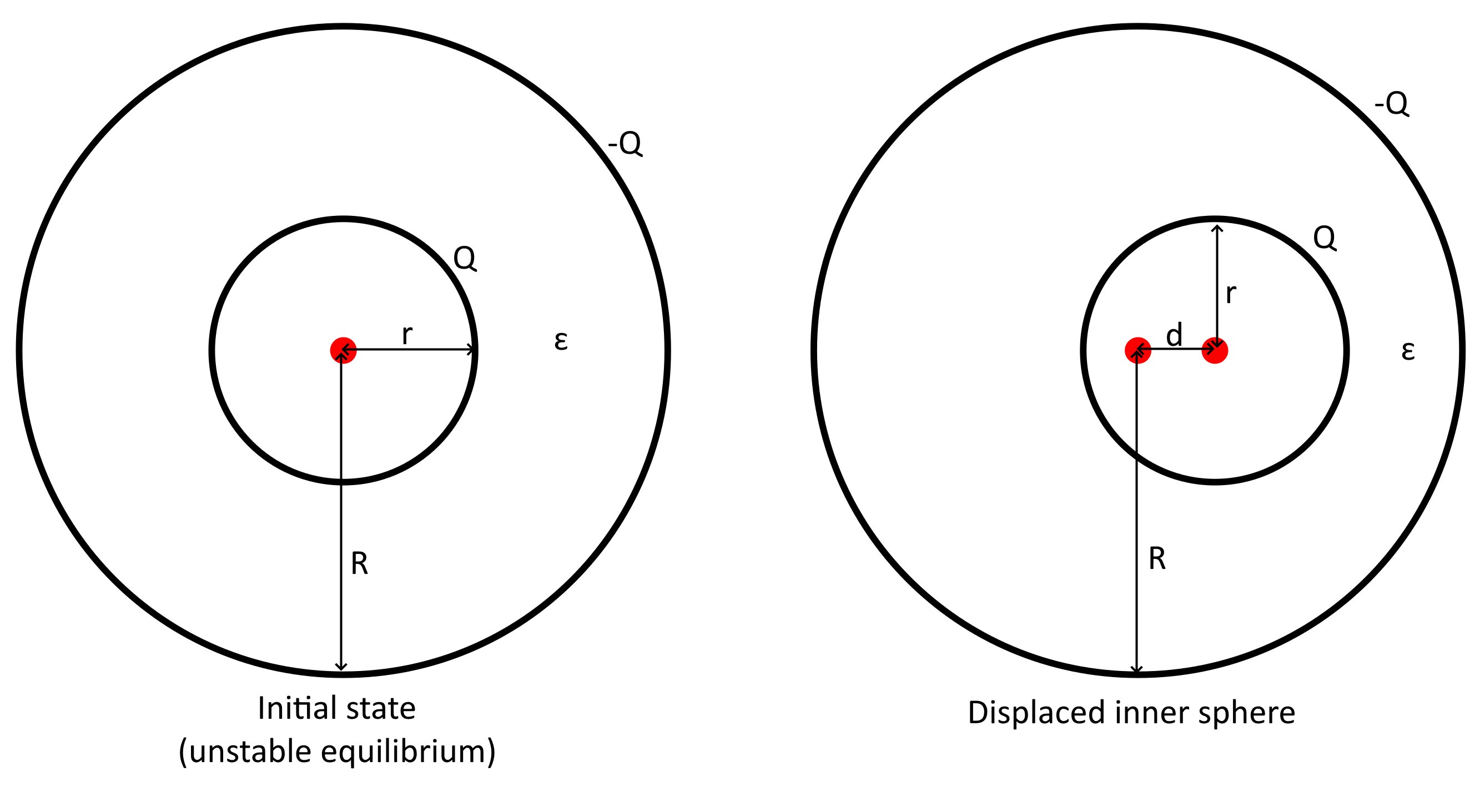 On the left is the undisplaced situation for which the spherically symmetric case holds for the whole setup. On the right is the system once the inner sphere has been displaced by $d$. 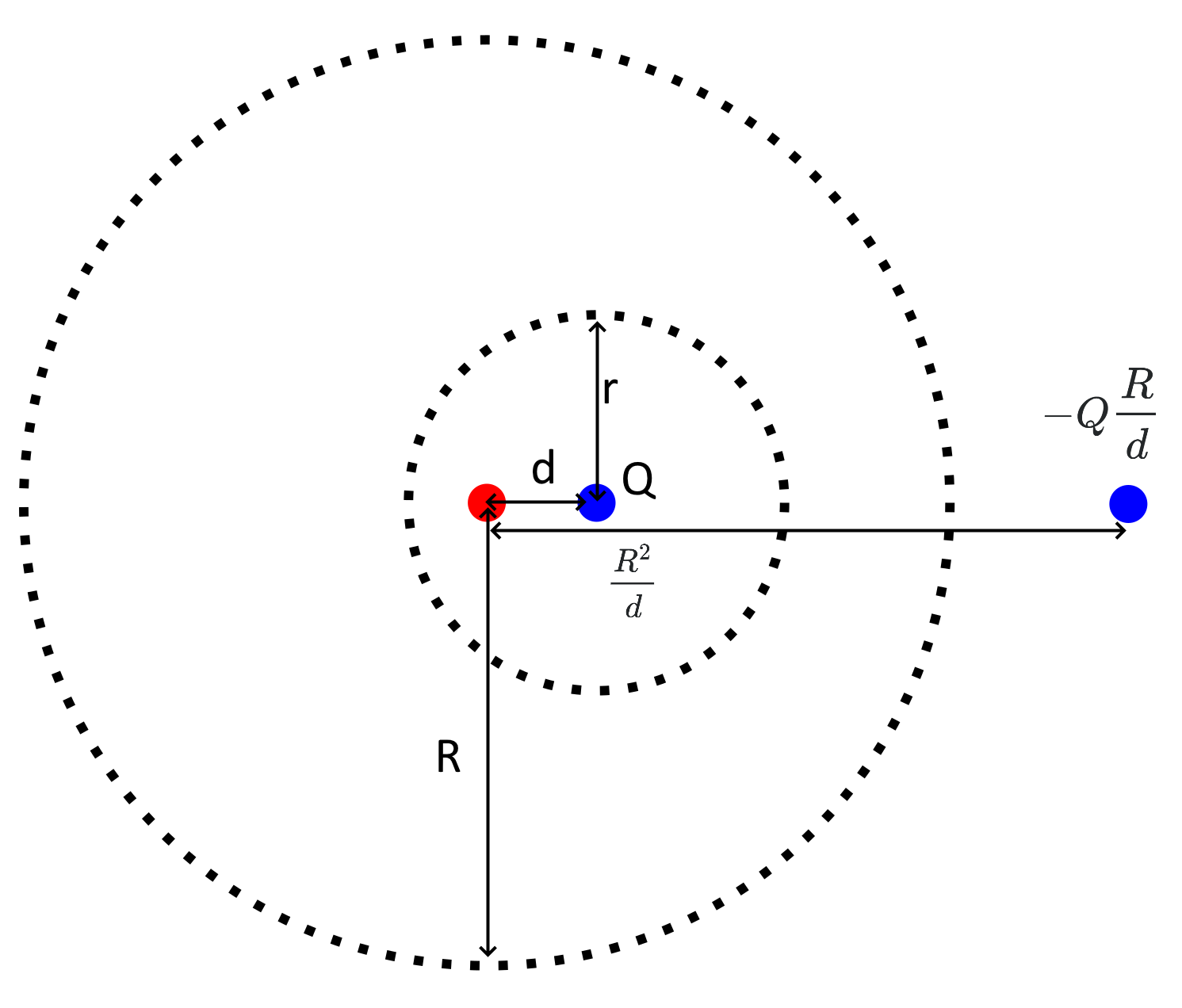 where the blue points are point charges. Thus, the voltage between the inner sphere and the outer sphere is: 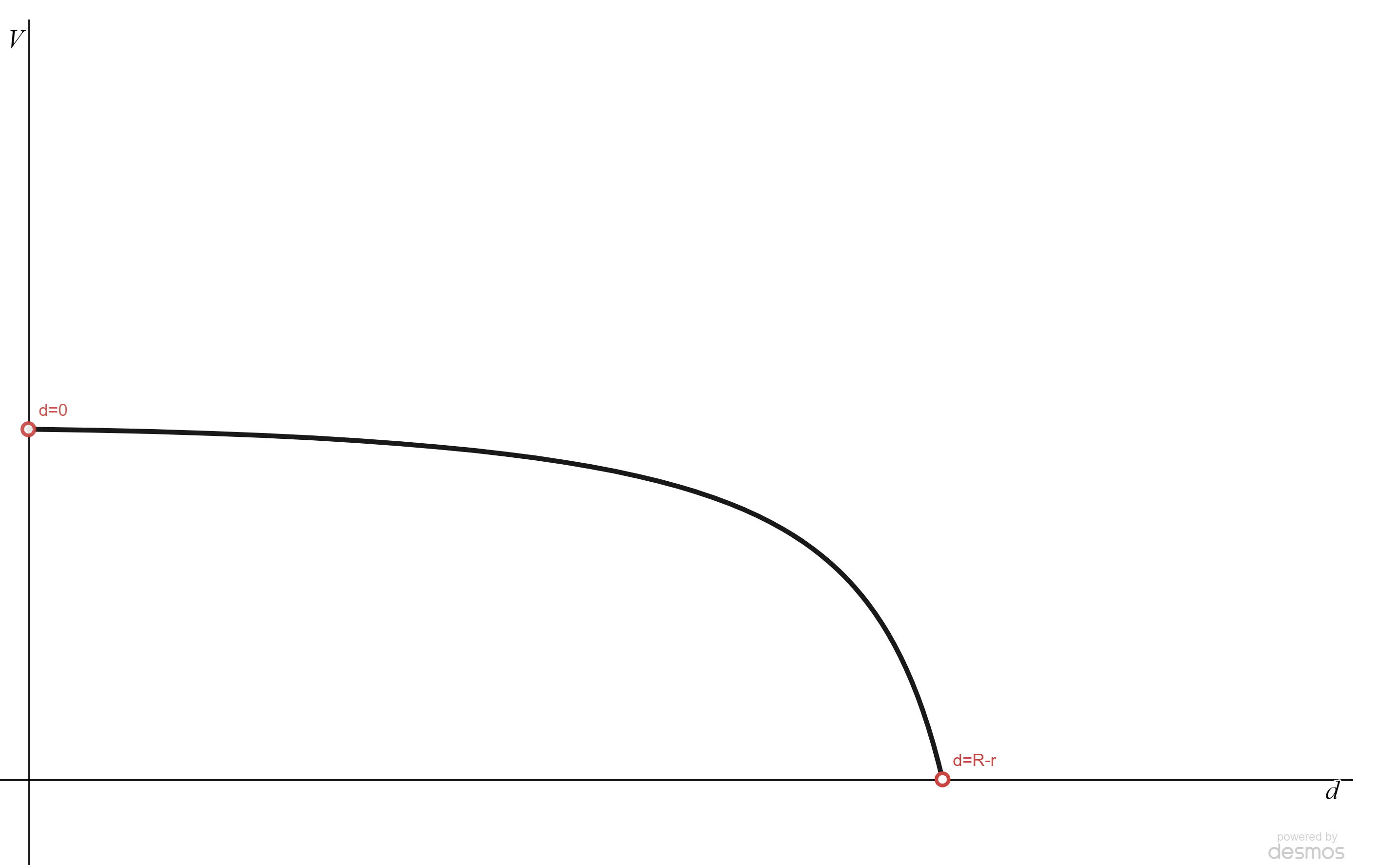 As we can see the voltage reduces as $d$ increases; however, we still haven't accounted for the redistribution of charge on the inner sphere. So now we release the fixed charge on the inner sphere and allow it to redistribute. Now while it is difficult to now calculate exactly the voltage in this case we know it must be less than the voltage calculated above because the charge redistributes until the conductor is an equipotential surface and so minimises the potential energy. So now both the initial and final states are physical so it does not matter that we took the non-physical root of fixing the charge distribution along the way, this was just a logical convenience.

Not the answer you're looking for? Browse other questions tagged homework-and-exercises electrostatics charge potential-energy capacitance or ask your own question.

1
What is the distribution of charge on two conducting spheres?

3
How is capacitance of a cylindrical capacitor calculated?
0
What's the electric field in a homogeneously charged hollow sphere/Spherical capacitor?
1
Is it necessary that a capacitor stores charge?
0
Magnetic Field in a Leaky Capacitor
2
Why doesn't charge escape from capacitor?