How to distinguish between $\pi$ neutrinos and $K$ neutrinos?

In a real experiment(e.g. MiniBooNE), the decay from both contributions are measured. How can one differentiate between the 𝜋 neutrinos and the K neutrinos? 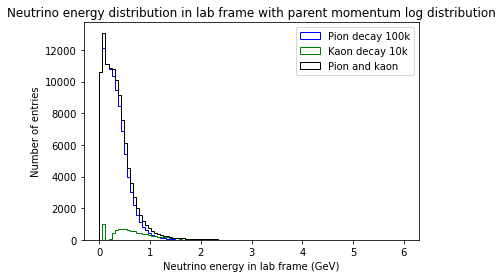 It seems really hard to find a starting point to tackle this problem, is it achieved by assuming that the theory behind such decays is able predict the relative peak position of each distribution?

Note: I have virtually zero background knowledge in particle physics, this question is part of my research project.

Edit: This plot is from my own simulation so there is no source for it. However, my lecturer says that the project is based on a paper predicting MiniBOONE's neutrino fluxes, with the following instructions: 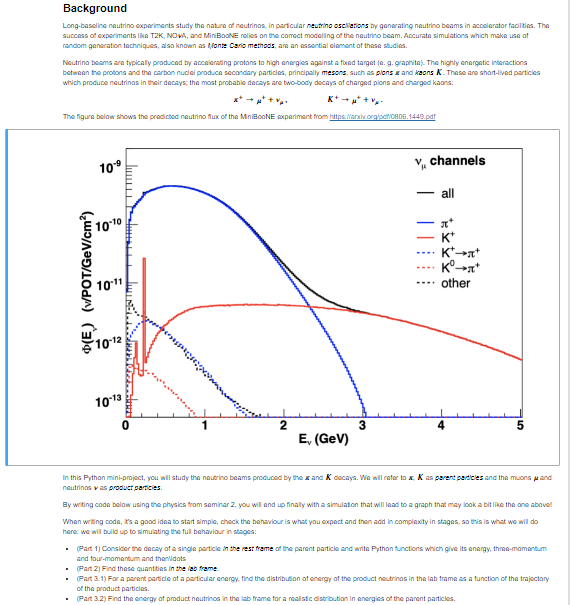 A detector would only see the black "pion and kaon" curve, and distinguishing the kaon-associated neutrinos' contribution to the shape of that curve would require a high-statistics measurement.

You can't ever look at a particular neutrino and say "he came from a kaon decay." But you can say "there are too many neutrinos in this energy bin for the pion decays to have made them all." Perhaps related.

Not the answer you're looking for? Browse other questions tagged particle-physics standard-model neutrinos mesons particle-accelerators or ask your own question.

2
Do neutrinos 'become' other types of particles between oscillations?
13
The delay between neutrinos and gammas in a supernova, and the absolute mass scale of neutrinos
11
Do solar neutrinos actually oscillate between electron, mu and tau?
1
Fusion of two neutrinos
2
Light neutrino number from the invisible decay width of $Z$ boson, and precluding heavy neutrinos as dark matter candidate
6
Can muons decay into quarks?
6
Why are the tau neutrino and mu neutrino stable?
1
How is the mixing of neutrinos related to eigenstates?