I have an issue with the force diagram examples of reaction forces. 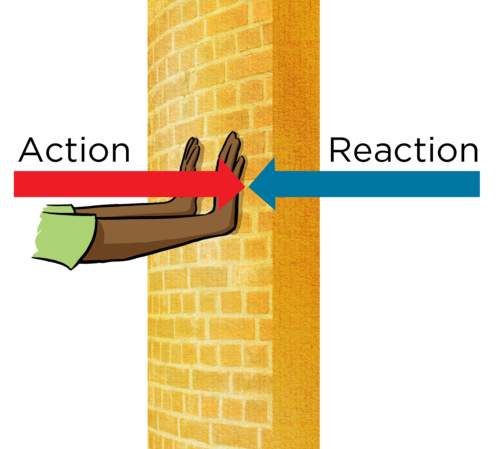 This leads to the overall question. Are forces measured through something or as an action from one object to the next? I know that if I exert a force, then that force should still be going through my arm. A question that whether this force applied should be in the free body diagram at all.

When we do free body diagrams for 2 or more objects, then the contact action/reaction pairs are not equal to force applied because the applied force external to the object? 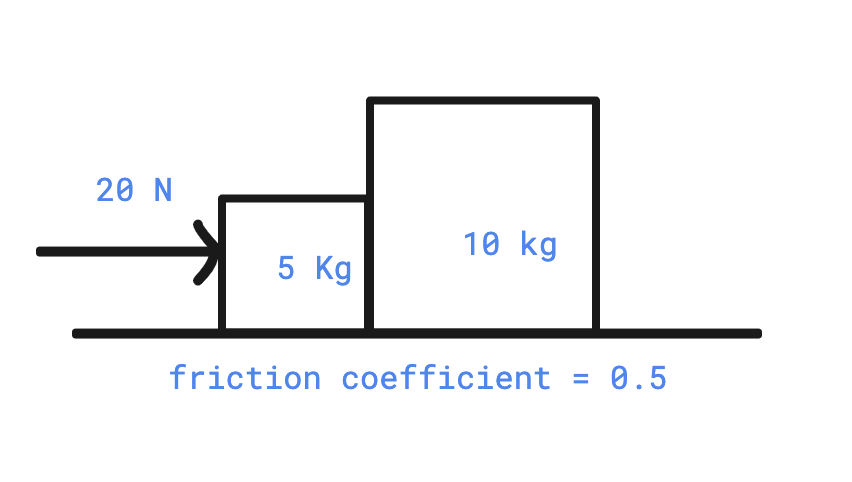 To answer your question - forces are measured or as an action from one object to the next. Gravity is called 'action at a distance' but doesn't have to act through anything else.

There is equal and opposite pairs of forces there. You can identify them by swapping words.

In a Newton's 3rd law pair, the two forces act on different objects.

In the block question.

You get the idea, think it's best to stop there as there is no need for a contact force between the 5kg and 10kg block...

It doesn't define where the "action"/applied force is coming from

But I think what you were trying to ask is more subtle and something else - the "where the force...is coming from". Do you mean, say in the first illustration, if the force is coming through the person's arms or whether the person's action force on the wall extends to some finite extent off of the wall perpendicularly, like a literally manifested red arrow?

As per Newton's third law they are vectorially equal and opposite. The FBD is

Are forces measured through something or as an action from one object to the next?

As explained above, no. We analyse forces at points where they act. When forces have spatial extent, they become force fields, but that may be an advanced idea for you at this stage.$^1$

I know that if I exert a force, then that force should still be going through my arm.

The force isn't going through your arm in so much as its being generated by the muscles of you arm.$^2$ Either way what pathway this so called "traveling force" takes through you arm to reach the point of application - the contact point with the wall - is irrelevant. What matters is that at that point, there is a force being applied. From the perspective of analysing force balance at that point, its extent and origin don't matter -it only exists at that point.

A question that whether this force applied should be in the free body diagram at all.

Of course, the FBD of the point of contact must include this force, as its being applied to it. Whether it was travelling down you arm or being generated by you r fingertips is not a criteria for exclusion/inclusion from the FBD. All that matters is, "Is this force acting at this point?"

then the contact action/reaction pairs forces are not equal to force applied because the applied force external to the object?

If the external force isn't enough to overcome friction, and the masses stay at rest then $a=0$ and eqn. $1$ can be rearranged to show

where the last equality comes from the third law. Since both friction and the external force are, well, external to mass $1$, action-reaction forces can in fact be equal to external forces.

$^1$ and the there is the concept of pressure but I recommend you clear this doubt first before studying that.

$^2$ In fact its the palm, no the arm, no the shoulder, no the torso, no the pelvis, no the legs, no the feet, no - the ground, yeah the ground you stand on that helps you push the wall. If the ground wasn't there you would only be able to push off of a wall (and in so doing push it)

things to be noted 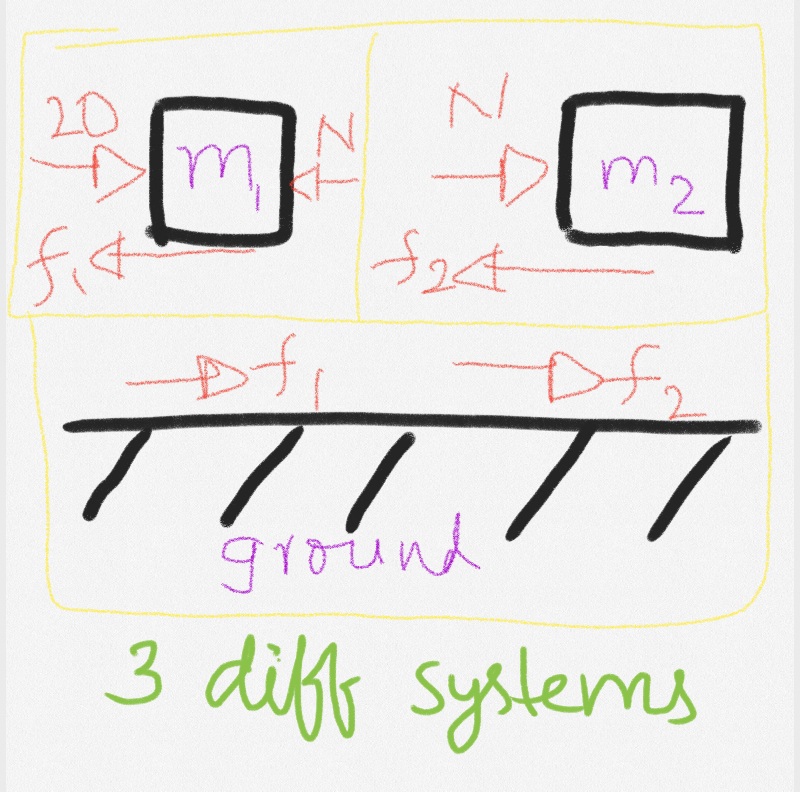 I think its answered and ignore if any grammar mistakes

0
Why is the tension on both sides of an Atwood machine identical?