Why does the metric system use "kilogram" as a base SI unit?

SI system uses all (that I know) measurement basic units as 1 (single) instance: meter, second, Ampère, etc, except for the KILOgram. It already defined with 1000 multiplier (kilo).

It prevents from using usual multiplier prefixes: mega, giga, tera, etc. Though we sometimes use miligrams or micrograms. All points to the "gram" as a basic unit. But for some reason it isn't the case.

Does anybody have an explanation of this fact? Why the kilogram and not the gram was decided to be a basic unit?

Among the base units of the International System, the kilogram is the only one whose name and symbol, for historical reasons, include a prefix. Names and symbols for decimal multiples and submultiples of the unit of mass are formed by attaching prefix names to the unit name "gram", and prefix symbols to the unit symbol "g" (CIPM 1967, Recommendation 2).

The reason why "kilogram" is the name of a base unit of the SI is an artefact of history.

Louis XVI charged a group of savants to develop a new system of measurement. Their work laid the foundation for the "decimal metric system", which has evolved into the modern SI. The original idea of the king's commission (which included such notables as Lavoisier) was to create a unit of mass that would be known as the "grave". By definition it would be the mass of a litre of water at the ice point (i.e. essentially 1 kg). The definition was to be embodied in an artefact mass standard.

After the Revolution, the new Republican government took over the idea of the metric system but made some significant changes. For example, since many mass measurements of the time concerned masses much smaller than the kilogram, they decided that the unit of mass should be the "gramme". However, since a one-gramme standard would have been difficult to use as well as to establish, they also decided that the new definition should be embodied in a one-kilogramme artefact. This artefact became known as the "kilogram of the archives". By 1875 the unit of mass had been redefined as the "kilogram", embodied by a new artefact whose mass was essentially the same as the kilogram of the archives.

The decision of the Republican government may have been politically motivated; after all, these were the same people who condemned Lavoisier to the guillotine. In any case, we are now stuck with the infelicity of a base unit whose name has a "prefix". 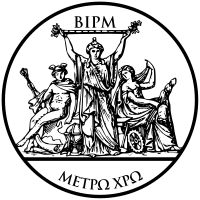 The previous base unit, gram, was replaced by the kilogram in order to obtain coherence with the practical units ampere and volt.

In 1874 the mechanical units cm, g, s ('CGS') were adopted as the coherent system of units for science. In 1881 the CGS was coherently extended with the “absolute" electrical units abampere, abvolt, abohm. Coherence in this case primarily means that electrical energy and mechanical energy have identical units: $V\ I\ t = F \ L$. Unfortunately, the abvolt, abohm, were inconveniently small. Another inconveniently small unit was the unit of mechanical energy, the erg (=1 g⋅cm/s2).

In 1881-1889 the 'practical' units electrical units ampere, volt, ohm, and joule (1 joule = 1 V⋅A⋅s = 10^7 erg) were introduced for practical use. Their magnitude was convenient, but they were not coherent with CGS. In 1901, Giorgi pointed out that the practical units are coherent with m, kg, s.

Because of this, the scientific community adopted the SI system in 1960, with the kilogram as base unit.

In summary: the kilogram became the base unit because it is coherent with the joule, which is derived from the practical units volt and ampere.

There are various systems of units that fall within the family colloquially referred to as the metric system. The SI (formerly known by the more descriptive term mks) is based on the meter, kilogram, and second. The cgs system is based on the centimeter, gram, and second. As far as I know, nobody actually uses an mgs (meter-gram-second) system, although it would be logical to use a system with no prefixes.

Whether to use mks or cgs is an arbitrary convention, and it depends on the field you're in. Astronomers and particle physicists often use cgs. Engineers tend to use mks. The cgs units for force and energy are inconveniently small for many mechanical applications.

Mks and cgs are also associated with different electrical units. This causes equations such as Maxwell's equations to have different forms in the two systems. WP has the gory details.

Share
Improve this answer
answered May 14, 2013 at 14:57
user4552user4552
$\endgroup$
Add a comment  |
Highly active question. Earn 10 reputation (not counting the association bonus) in order to answer this question. The reputation requirement helps protect this question from spam and non-answer activity.

Not the answer you're looking for? Browse other questions tagged soft-question history units si-units metrology or ask your own question.

3
Why was the conversion factor of the metric unit bar chosen the way it was?
9
Why is the second the SI base unit for time?
4
How units were defined?
21
Why are grams usually only expressed as milligrams, grams or kilograms?
21
Why is energy not an SI base unit?
19
Why is the candela a base unit of the SI?
14
What is a base unit in the new SI, and why is the ampere one of them?
6
Why are electrical units (specifically, electrical current) considered a base unit?