I want to predict when a particular sample will yield using the von Mises yield criterion, which in 2D reduces to:

Consider the shear test above: two beams of the same material connected to each other at the ends. The shear force is achieved through pulling on the samples using tensile force. I want to know at which force yielding will occur in the grey region.

Should the von Mises yield criterion use both the tensile $\sigma_{11}$ and the shear stresses $\sigma_{12} $ in such a situation? Or would it be considered pure shear?

If not: then what would be a valid example of pure shear?

if the green is the same material then it would break on the grey part, because that part is under shear and tensile stress, correct?

Unfortunately, it's not that simple.

The green region is under very nearly* pure shear, and pure shear is a reasonable idealization there, especially for the interior. 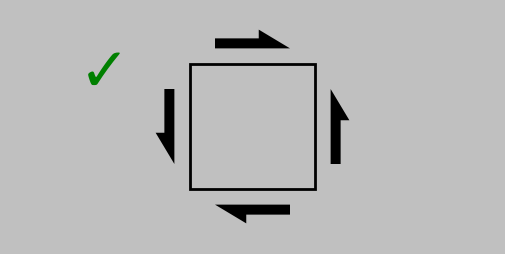 Elimination of any of these forces would result in rotational and translation acceleration:

These loads are missing from the left and right edges of the green region but are applied to differential elements within the region due to torques supplied by the gray regions. Therefore, pure shear is a reasonable idealization.)

How about the gray region? For simplicity, and to get the concepts down, let's initially look at an intermediate position on the right side** between the green region and the point of load application. We can apply Saint-Venant's principle, which says that the stress in the gray region far from the end loads doesn't depend much on the details of how the loads are connected.

(**The left side is problematic. If that leftward load is applied as shown, then the object will begin to spin because the moments around any point will sum to a nonzero counterclockwise torque. I'll assume that this is a drawing error.)

The off-center end loads apply both a uniaxial force and a bending moment to that intermediate region. The uniaxial load produces a tensile stress $\sigma$, and at the top and bottom of the beam, the bending moment produces a bending stress that could be modeled as $\pm\frac{Mt}{2I}$, where $M$ is the moment, $t$ is the height of the gray region, and $I$ is the second moment of area of the gray region cross section. (This so-called Euler-Bernoulli beam model makes some assumptions that you should review.)

The corresponding von Mises stress $\sigma_\mathrm{VM}$ in the intermediate region thus lies between $\sigma-\frac{Mt}{2I}$ and $\sigma+\frac{Mt}{2I}$.

Thus, you could compare $\sqrt{3}|\tau|$ and $\sigma+\frac{Mt}{2I}$; for a ductile material, the larger von Mises stress will generally predict the yield location (of these example regions being compared).

Now, as you noted in a comment, I've sidestepped the issue of the stress state in the gray region near the green region. The stress in this region contains both normal and shear components, transitioning from the former to the latter as we move toward the left, and both contribute to the von Mises stress. I can't provide a simple analytical characterization of this region because of the loading complexity, unfortunately. At this point, I'd switch to a numerical approach: finite element analysis as enabled by commercial software such as SolidWorks and ANSYS and open-source equivalents. This will allow you to look at points of interest such as the sides of the green region, where the von Mises stress may be very large indeed due to stress concentrations if the corners are sharp. Finally, and in general, I would avoid concluding that if some shear exists in region A and some shear and tension exist in region B, then region B will fail first.

In the case of a uniaxial tensile test, where only $\sigma_1$ is different from zero, it results that $\sigma_1 < \sigma_y$ in order to avoid plastic deformation.

There is an orientation of maximum shear in this case: $45^\circ$ from the axis of $\sigma_1$. Below, the upper figure shows a Mohr circle ilustrating that the shear stress is maximum and equal to half the uniaxial tensile stress.

The same relation holds for the pure shear test of the OP, for predicting the start of plastic deformation in this case, knowing the yield stress of the uniaxial tensile test. 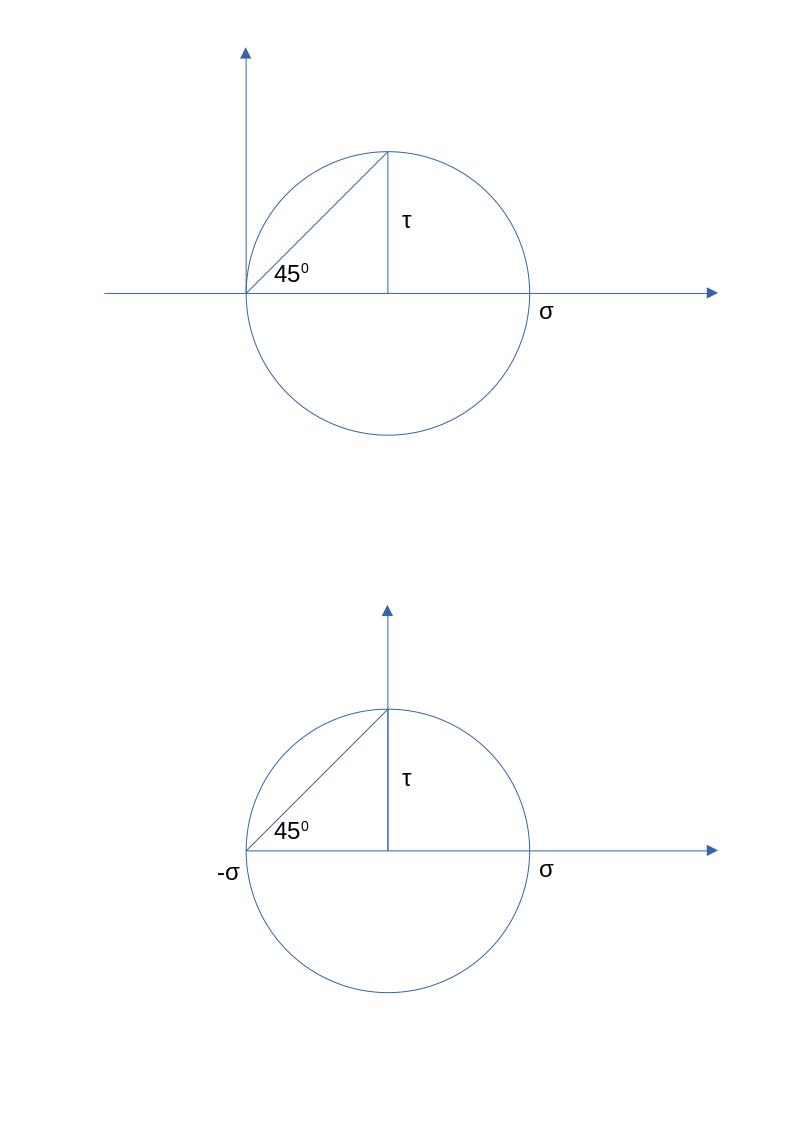 Not the answer you're looking for? Browse other questions tagged material-science stress-strain or ask your own question.

4
Is shear elasticity the same as shear modulus?
3
Why is shear stress equal to half of yield stress?
3
What's the difference between critical load and yield stress?
0
Solid Mechanics -- how to find pure shear stress state?
3
von Mises yield criterion when all 3 principal stresses are equal and in tension
0
Shear stress for mountain rocks
0
Question on yield criteria