Forces with respect to ICOR point in rotation dynamics 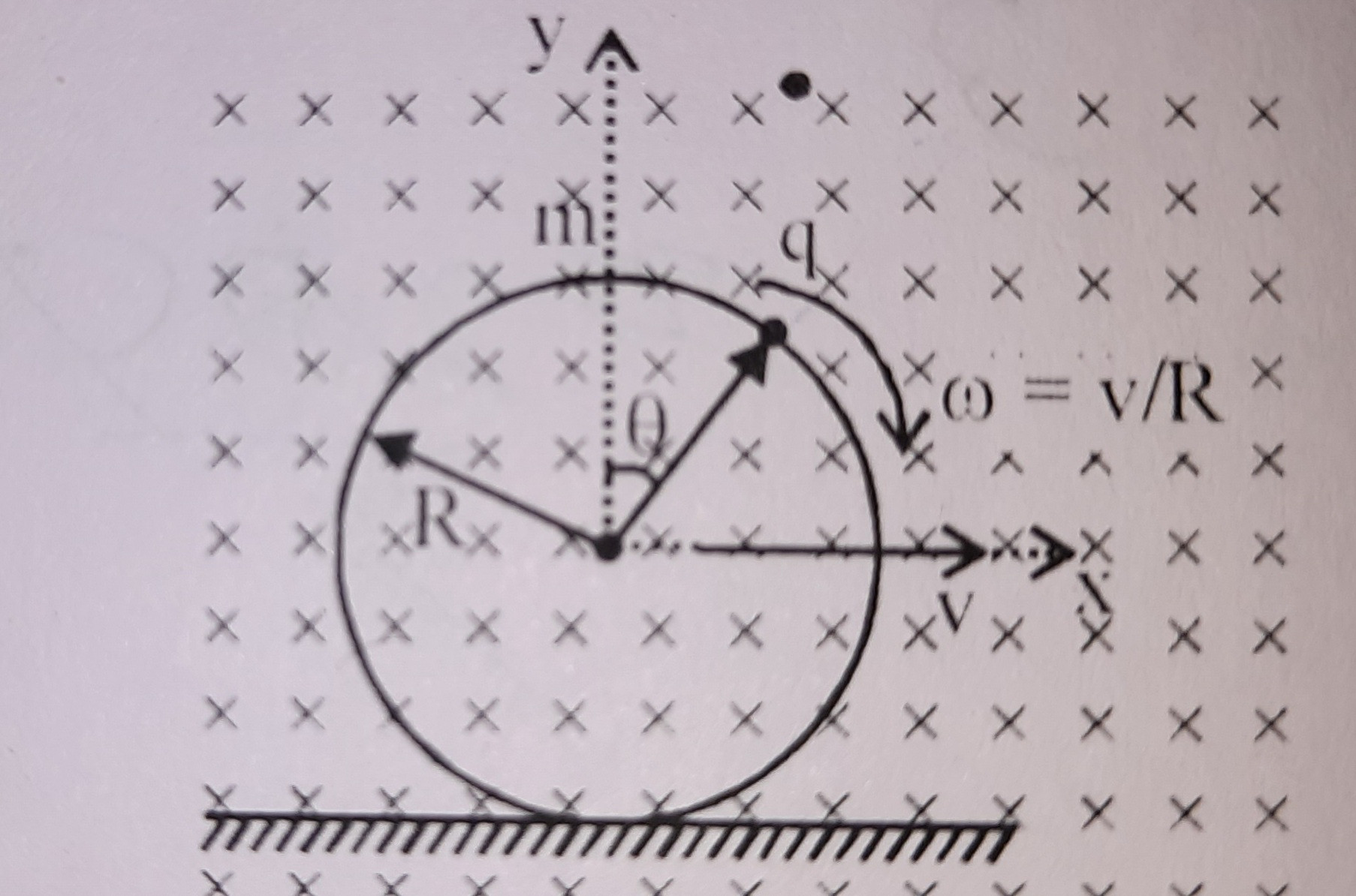 In this question if magnetic field $B$ is directed into the paper and charge $q$ is attached to the ring of negligible mass. And surface is rough.

Here if I assume bottom most point as 'ICOR' and try to balance torque with respect to 'ICOR'.

Then according to me force on charge $q$ is perpendicular to tangent at surface at this force $F=qV×B$ is passing through centre of ring.

Please clear my concepts I don't know this concept. 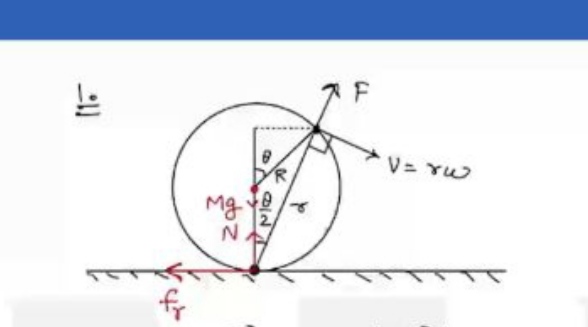 Well, you've missed a little thing. And here's what:

The equation τ=Iα is valid as long as the point of reference you are using is itself the frame of reference, and lies on the body (even if the point is actually outside the body, we extend the body so that the whole new extended body rotates about the same ICOR) . Thus, the point about which you wish to write the torque need not be an ICOR itself in ground frame. It can be any point, provided you apply the necessary modification (which is the addition of pseudo-force on centre of mass).

The problem you are facing is because you have not written the complete Lorentz Force quantity in the equation. F=q(E + v x B). The given magnetic field is the entire electromagnetic field in ground frame. When you change the frame from ground to the COM, which happens to be moving with an velocity v=w x r with respect to ground, an additional electric field E appears which is necessary for keeping the total Lorentz force constant (as you have only chosen a different inertial frame, so the individual forces does not change.)

Have a nice day!

Not the answer you're looking for? Browse other questions tagged newtonian-mechanics electromagnetism rotational-dynamics reference-frames or ask your own question.

3
Metal sphere and charged ring
3
Push a box in a plane with friction. How to deal with the rotation?
4
Conservation of angular momentum during rolling
0
FBD of a cube moving with uniform velocity on a rough inclined plane
1
Direction of magnetic field generated by a spinning chrged disk
6
Why Front part of a body undergoing rolling pushes the surface a "bit more"?
0
Angular momentum and collisions/pure rolling
6
Is the angular acceleration of a rotating body calculated about points out of axis of rotation different?
10
Why do object rotate at all?