What is the connection between electric field and a battery?

Ok I'll start my question with laying some background: (Correct me if I'm getting things wrong - but don't be picky).

Now let's see how this translate to electricity:
In electricity, much like in gravity, we have a field exerting a force on objects. This time we talk about charges rather than mass. Electrical potential energy (PEe) is the amount of energy (Joules) that a certain amount of charge possesses when placed at a given position in the field. But again: that amount of energy is only relevant compared to some other position. I mean - the PEe is how much work is needed to bring this charge from some other position to this position, and therefore how much energy it stores when placed at that position. Same as with gravity - Potential (Pe) is a property of position in the field, and defines how much PEe one Coulomb of charge will hold at that position.

So far so good, but there are 2 basic things I don't quite understand in all this: 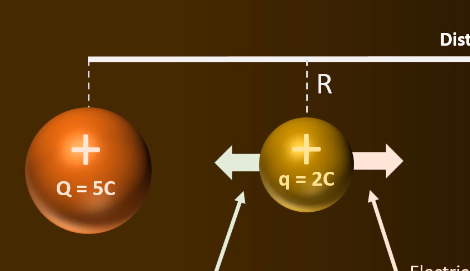 how does this model fit in a battery (or any other DC power supply)? What is the source of the electric field? And - as far as I understand - voltage is the mere difference in electric potential between two points. So if we take every two points in the field we can calculate the Voltage between them. But if we won't place any charges there, there won't be any current. But with batteries - we say that the mere presence of voltage meaning that there'll be current flowing if we close the circuit.

I'll try to make the question more clear: When we talk about gravitational potential energy, every point we'll choose has some height. We can always take 2 points (let's leave outer space out foe this discussion) and tell the difference between them. My question is: is it the same with electricity? Is there any reference point we can all agree upon and measure every two positions in the world and tell the difference between them?

all the positions in the world can be referred to one position - let is be the earth's center or sea level. How does this translate to electric fields?

In astrophysics in general, you would not base your zero-reference on the Earth. Rather, you define zero potential energy as at a point infinitely far away. The potential energy associated with an object on Earth is with this choice of reference negative. And increasing (becoming less negative) with distance above the ground. But again, the value is not important - only the difference is.

In electrics, the zero-reference would often be chosen as either a pole of the battery/voltage source or simply as ground (the Earth). But also here the choice is arbitrary and only the difference between points matters, as you also mention.

Note that gravitational and electric potential energy is very comparable, even in their reverse proportionalities to distance:

What is the source of the electric field?

The source of any electric field is an accumulation of charges. When dealing with a battery, typically internal chemical actions move charges towards one terminal and accumulate it there until the built-up electric field cancels out the chemical forces.

The reason for the existence of an electric field which you are asking to is both due to the electrons accumluated at the terminal causing large electric repulsion forces to push electrons into the external circuit as well as due to the lack of electrons (relative positive charge) at the other terminal cause a large attractive force.

If you do not attach any external circuit, then the electrons can't move and will have to stay at the initial terminal.

If we want to keep the analogy to gravity, the battery can be compared to a water system in a building, where the water from the supplier company is pumped to a water box at the roof.

The water there has potential energy, (and the higher floors can have issues with low pressure because the difference of potential is small there).

Once the water are being used by the apartments, the pump automatically turns on, keeping the water box level constant. That is the key part: in the battery, a chemical reaction keeps the voltage constant while the current is circulating through the circuit.

The choice of a zero point in the electric potential is arbitrary, just like in the gravitational potential. A practical example of this is ground. When you design a circuit you calculate all the voltages relative to the ground (be that the mains earth or some other ground), but there's no reason why you couldn't make the positive side of your resistor (or wherever) the zero point. It just shifts everything by some offset and, as you mention, the only thing that matters is the potential difference between two points. So the choice of the zero point doesn't matter (although you generally make the choice so that your calculations are easier).

Not sure how much you know about redox chemistry but basically if we consider just a single cell, one half of the cell spontaneously liberates electrons and the other absorbs electrons. This excess of free electrons/demand for free electrons creates a potential difference between the two, and when you connect a copper wire electrons will flow from one electrode to the other. To answer your question, the excess electrons are the source of the electric field.

Not the answer you're looking for? Browse other questions tagged electrostatics electricity electric-fields voltage batteries or ask your own question.

2
On direction of electric field in a battery

0
Can Voltage be calculated from from the difference in charge in a battery/generator?
0
Voltage and electric field between Live and Neutral conductors
0
What is the difference between static electricity and electricity from a battery/power plant?
0
Comparison of voltage to gravitational potential
0
Does having an electric potential difference necessarily mean having current?
0
Is the concept of voltage poorly explained or is it just me?
0
Is voltage a difference between two charged objects or two positions in a field?
4
How does electrical energy in parallel work out?how does less energy travel through more resistance