Let's say that there is a large mass $M$ a light-year or so away from a black hole merger, which causes a very large gravitational wave to be produced. When the gravitational wave reaches $M$, does it bend like light bends when it comes into a curved spacetime?

If you were to think of this situation in terms of quantum gravity, where the gravitational wave is a wave of gravitons, then if gravity does bend gravity, then gravity would be a self-interacting quantum field like the Higgs field?

The short answer is yes, it does. You can find a whole chapter on this phenomenon in Misner, Thorne, and Wheeler's text "Gravitation".

When we describe gravitational waves mathematically we assume that the metric tensor consists of a static background field (that may be very strong, like the field close to a black hole) and a small perturbation. Working out the equations, one finds that the small perturbation describes a gravitational wave that propagates on the strongly curved background. Just as gravity bends light, it will bend, or deflect, the path of the gravity wave.

This is very similar to our description of linear acoustics in a moving fluid medium. The equations of fluid dynamics are non-linear and what we choose to call "acoustics" or sound is a small perturbation. At some point it will become difficult to separate the wind from the sound, and for high amplitude sound fields we need to include non-linear corrections. Numerical models have been developed that directly solve the non-linear equations for a vibrating source just to validate our assumptions. I would expect that researchers in the field of GR and GW have thought of the same situation here. A strong, high amplitude, GW might be hard to separate from the background.

I've had this doubt a while ago and I've asked an expert in my university, so this answer may not be up to date, although honestly I don't think anything has changed.

The revelation of gravitational waves is doing big steps forward nowadays, but this looks to me still an inaccessible result.

In general relativity, gravitational waves carry energy. Even though they carry energy they can't function as a source of gravity (a stress-energy tensor) acting on objects far away from it. They rather affect other objects by passing them, not by causing a spacetime curvature due to stress-energy. They transport energy, but this energy can't be a source for gravity. There is simply no matter contained in the wave. It's an empty wave, so to speak. The wave is a pure deformation of spacetime itself, that had its origin in a form of stress-energy. The wave can now travel independently from its source and will certainly be affected in its motion if it encounters another piece of curved spacetime. They can even be trapped by a black hole spacetime.

If you consider the waves as made up of gravitons you can see the wave as a collection of them, traveling together through space (they don't travel through time). They can't form rays of gravity like photons can. Well, in theory, they can but then the energy-mass source has to oscillate at very high frequencies. If a collection of them travels through a curved spacetime they will follow the curvature of the encountered curvature. If you treat this curved spacetime as caused by (virtual) gravitons you encounter a problem though, It is said that the virtual gravitons are exchanged in a flat (non-curved) spacetime. But they are actually present in a spacetime that is curved. They actually cause the curvature, though the theory says they travel in flat spacetime. this contradiction is the very cause of the difficulties in handling spacetime quantum mechanically. String theory claims the difficulty is solved when you consider strings in flat spacetime, while loop quantum gravity handles the problem by quantizing spacetime itself. in string theory, there is no such thing as curved spacetime as encountered in general relativity. Strings are emitted and absorbed in flat spacetime. In lqg gravitational interaction is viewed as caused by traveling distortions of spacetime, which looks more compatible with general relativity. The gravitational waves are a collective of the small distortions and as such add up to the whole wave. Gravitons can also be seen as particles carrying "curvature information", like in string theory. For a point particle to contain curvature information is a bit difficult. It's therefore that strings can do the job. If point particles contained this information, than spacetime (where the particle is) would have infinite curvature. So both st as lqg have their advantages.

So, the problem is solvable in GR. Two Gw's will pass one another as if nothing happened. If the waves interact with an energy-momentum induced static spacetime it depends on this spacetime. The GW can be deflected or absorbed or even reflected.
So gravity can bend gravity.
In the light of gravitons, the spacetime surrounding Earth is composed of virtual gravitons. If a wave of real gravitons arrives, it will interact with this field of virtual gravitons. By exchanging virtual gravitons. Which makes the situation quite complicated. You could say that the situation is the same as in quantum chromodynamics (where interaction is mediated by colored gluons, which emit colored gluons themselves) but it's more complicated, as for gluons spacetime is flat. Only in flat spacetime (low energy) approximation, the gravitons can be described in a quantum theory (linearized quantum gravity).

Quantum mechanically, you can think of this as due to the self-interaction of gravitons.

Observationally, LIGO-Virgo can look for lensing signatures, but these are expected to be rare and have not been observed to date. Here is a webinar discussing a recent search paper.

The answer to your question is yes. Everything, all known particles (even massless photons), and even hypothetical gravitons must follow spacetime curvature. 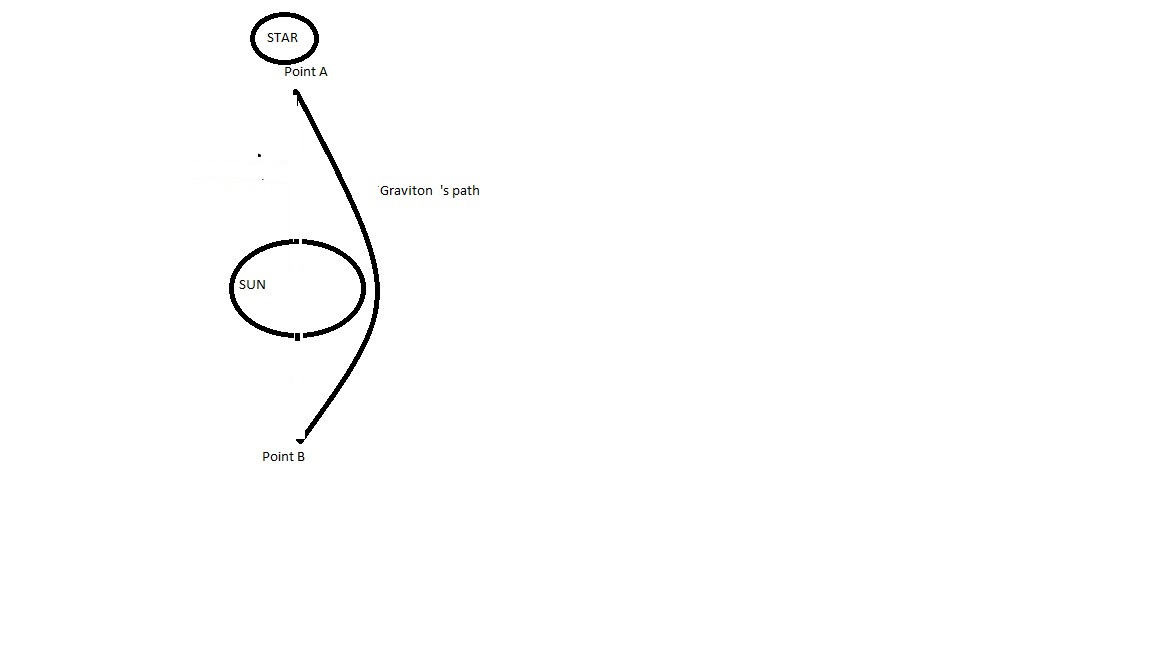 Please note that the example is for the static gravitational field of the Sun but analogously, the black hole merger in your example creates gravitational waves that are (supposedly) made up of gravitons.

Now we do not have a quantum theory of gravity yet, but assuming that the gravitational waves in your example are made up of gravitons, these particles must follow the curvature of spacetime.

This the same answer as given by ggcg above, just in an english that I can understand.

4
Do gravitational waves affect light?
8
Gravitational lensing of gravity
65
Do photons bend spacetime or not?
0
Gravitons (real) passing through a black hole
2
What really is GW quanta?
1
Can a straight rod exist next to or inside a black hole?