What planets are visible to the naked eye from Mars?

Here on Earth we are blessed with being able to see some other planets, Mars & Venus etc, with the naked eye on a fairly regular basis thanks to the distance between the planets.

What about from Mars? What planets would be visible to the naked eye on a regular basis from Mars?

Earth would obviously be one of them, as we can see it, but are any other planets close enough to mars at any point to be visible?

You will see Earth, Venus, Jupiter, Saturn. They are either bright enough, or come closer to Mars than Earth, that there are no complications/calculations necessary.

Uranus is just a naked eye object from Earth (magnitude 5.3-5.9). Its closest approach to Earth, when it is brightest is 17.2 au distant. Mars' orbit takes it closer by about 0.5 au, so you might have thought it would be more visible. But no - on average the visual extinction in the dusty atmosphere of Mars is around 0.5-1 astronomical magnitudes (see this relevant Astronomy SE answer) and this means the gain due to proximity (about 0.1 mag) is wiped out by the extinction. You would be very unlikely to see Uranus unless you had exceptional vision and knew where to look when Uranus was at its brightest.

Mercury is tricky. It is certainly bright enough to be seen from Mars, but would be sepated by a smaller angular distance from the Sun. The contrast between Sun and Mercury would be the same. I think on balance, it would be visible if you looked carefully, since Mercury can be seen from Earth when it is closer to the Sun than its maximum angular distance, though the Martian atmosphere might affect the glare from the Sun differently.

Aside from having Earth visible in the night sky instead of Mars, you would expect the same planets to be visible. 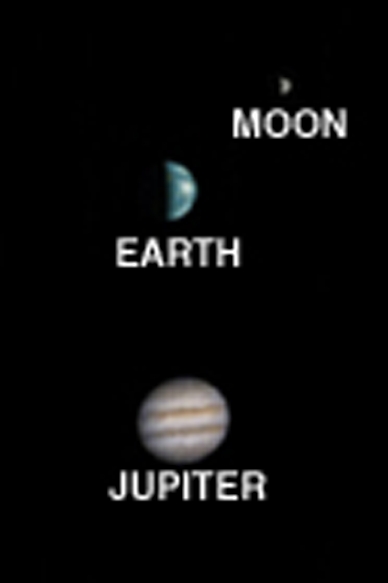 Thou these pics are from orbiting probes....

4
How bright will an asteroid be?
11
Is it possible to see satellites with the naked eye?
38
What is the farthest-away star visible to the naked eye?
8
View of the Sun from Voyager 1
8
How does the atmospheric UVB attenuation of terrestrial planets compare?
5
Naked eye cosmology?