However, I'm having trouble with deriving this because I don't understand the relationship between the parameters of each individual elliptical orbit (absolute orbit-- see the attached image) and the orbit where the larger mass $(m_1)$ is the reference point (relative orbit) which is the orbit for which the semi-major axis $a$ is given. As I understand it, the center of mass is one of the foci of the relative orbit (and both absolute orbits) and the distances of each mass from the CM are $r_1$ and $r_2$. These relative distances are equal to the mass ratio by the definition of the center of mass. I also have the relationship $m_1 a_1 = m_2 a_2$ and $a_1 + a_2 = a$ where $a_1, a_2$ are the individual semi-major axes of the absolute orbits, but I wasn't able to use these equations to solve for $b$. 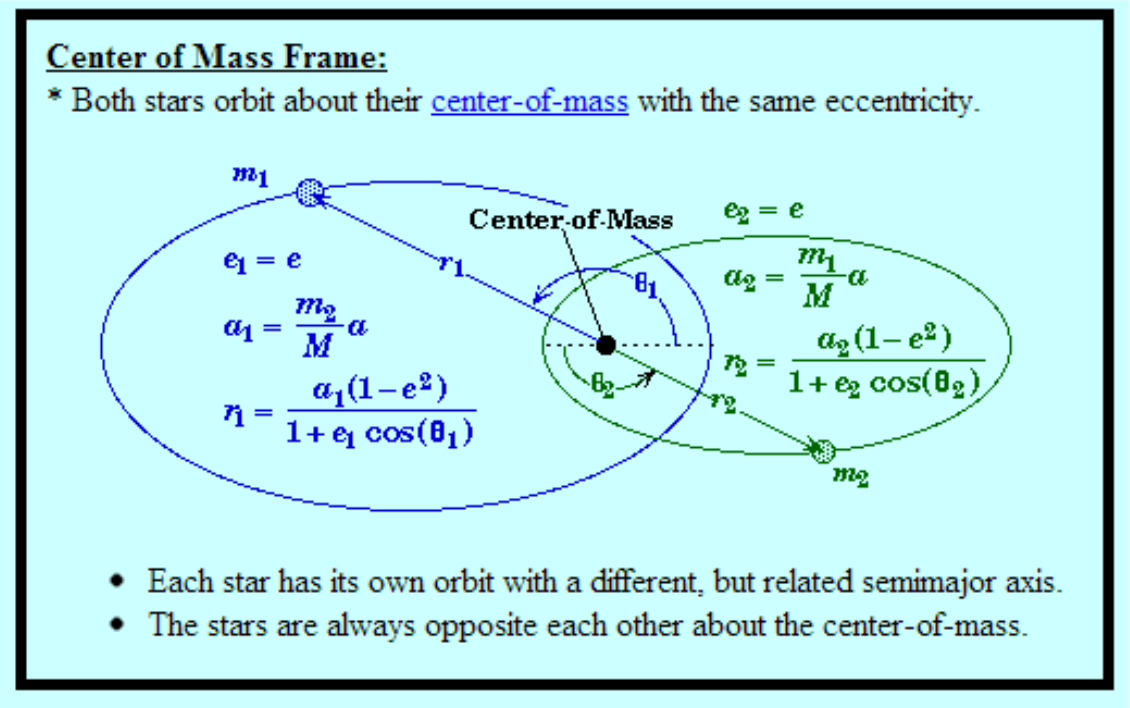