Why do hot and cold spots in CMB maps have an average angular size of 1°?

CMB all-sky maps issued by the PLANCK and WMAP satellites show that CMB hot and cold spots have a physical average angular diameter of about 1°. Why is this size statistically preferred, and what is the maximum possible size of those spots?

This is not a data processing artifact. In fact this can be seen in the famous graphs of the CMB power spectrum decomposed into the multipoles of different $l$ (the one below that I took from the wikipedia does not take into account the data from Planck) This graph characterizes the magnitude of the CMB anisotropies as a function of their angular size. 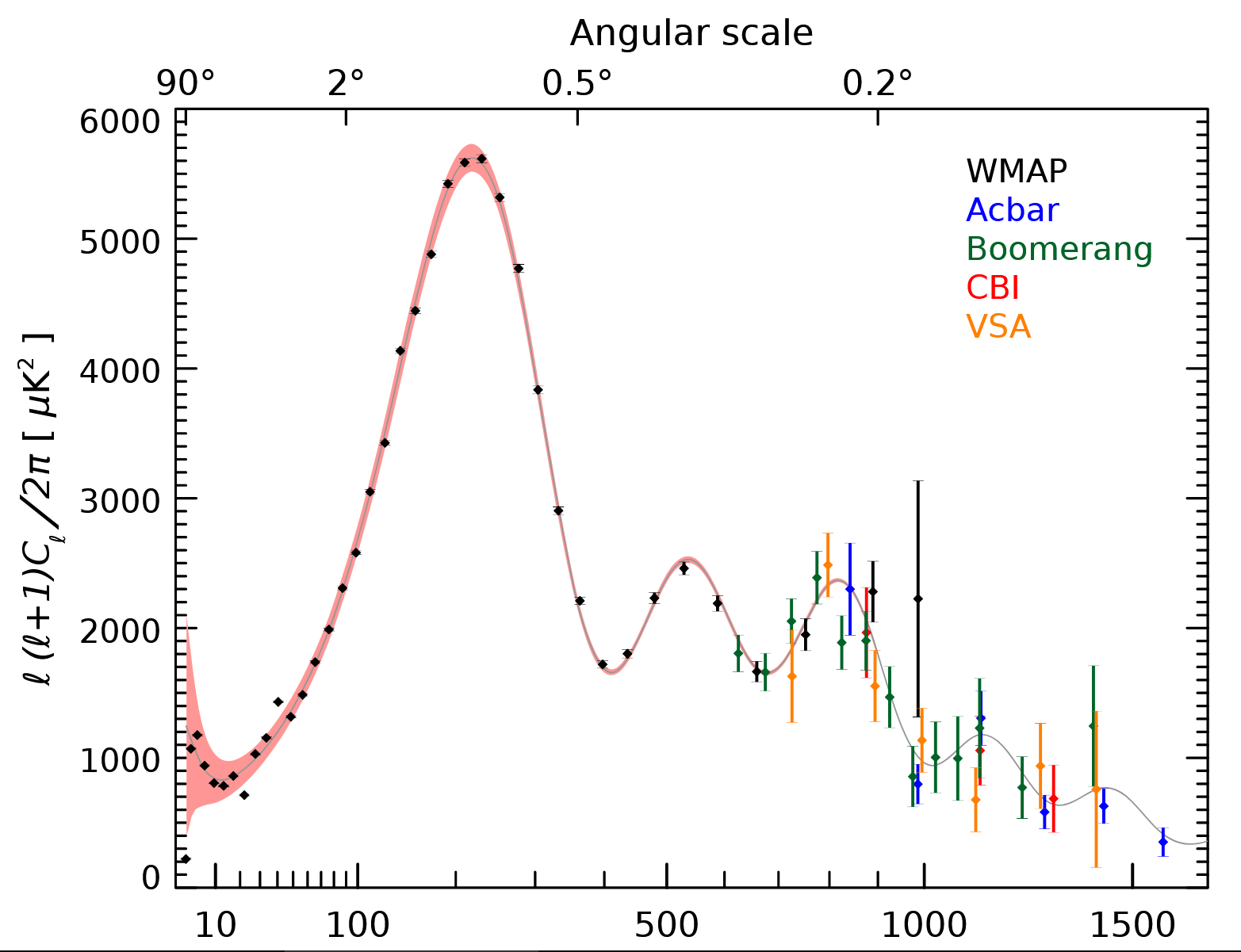 You can see that this graph has a peak at $l\sim 200$ that corresponds to the angular scale of $\sim 1^\circ$. The shape of this graph can be understood by studying the evolution of the fluctutions in the primordial plasma before the recombination has occured. This physics is described in many nice lectures and textbooks, I'll just reference this one.

By this time the density of the ordinary matter has already dropped significantly so that the neutral gas would be practically pressureless and thus allow no sound waves. But because before the recombination the universe was filled with free nuclei (primarily protons but also significant number of He4) and free electrons, the photons could not propagate freely. The photon gas provided the primordial plasma with the radiation pressure and thus the inhomogeneities could propagate by sound waves.

However those sound waves had only a finite time to travel since the start of the radition dominated phase. Therefore there existed a maximum scale at which the primordial inhomogeneities could be transfered by the sound waves - the so-called sound horizon. The longer the universe lived the larger the sound horizon grew.

You can apply this to the Fourier decomposition of the inhomogeneities (when these inhomogeneities are small the different wavelength evolve independently and this decomposition is extremely useful). You can separate the fluctuations into the short wavelengths inside the horizon (corresponding to the acoustic waves) and longer wavelengths beyond the horizon (the large scale fluctuations over disconnected regions). Then the longer the universe lived the longer and longer wavelength went inside the horizon and started oscillate (experienced cycles of compression and expansion).

When recombination happened all those oscillations stopped (because no sound waves could travel in the neutral gas) and different wavelength freezed at different phases of the compression-expansion cycle. The spatial fluctuations over various scales then transferred into the anisotropies of the cosmological background radiation we see today. The peaks you see on the graph correspond to the wavelengths that freezed at their maximum compression or their maximum expansion (therefore maximizing the inhomogeneity at this scale). The picture is complicated not only by the influence of gravity on these ancient sound waves but also by the propagation of the photons at later times. Actually the possibility to reproduce this curve from the theoretical considerations with few parameters that could be fitted by other observations is an amazing succes of the $\Lambda$-CDM model.

So we return to the first peak at this picture. It corresponds to the largest wavelength that experienced the compression phase (and being largest means that it was the last one to experience it). Its position on the graph is determined by the size of the sound horizon at the time of the recombination.

Not the answer you're looking for? Browse other questions tagged cosmology temperature cosmic-microwave-background or ask your own question.

5
Recent Planck probe results: how unexpected?
0
What phenomena related to the solar system could produce the Bianchi VIIh pattern found in the CMB?
5
Do hot spots in the CMB anisotropy map actually correspond to denser or less dense regions?
3
Finding the CMB temperature anisotropies contributed at different orders due to a uniform boost
3
Future of the cosmic microwave background pattern
2
Horizon problem: Angular size of the causality patches on the CMB surface
5
Why is the Planck/WMAP estimate of the age of the universe preferred?