Is there any difference in the the electric field of a proton and an electron?

The question which I was wondering about was that how does a positive charged particle know that the other particle is positively or negatively charged? Then I thought that maybe there is some difference in the electric field which is used as an identification.so pls answer

By definition following the experimental facts, a charged particle creates a field (whatever it is) that gets into the equation of motion of the other charges and vice versa. This feature gives the true meaning to the particle field concept.

An electron and a proton , assumed as classical charged particles, are attracted to each other ,and the field of the electron has the opposite sign to the proton, as all charges studied for a few centuries. Here is the classical picture. 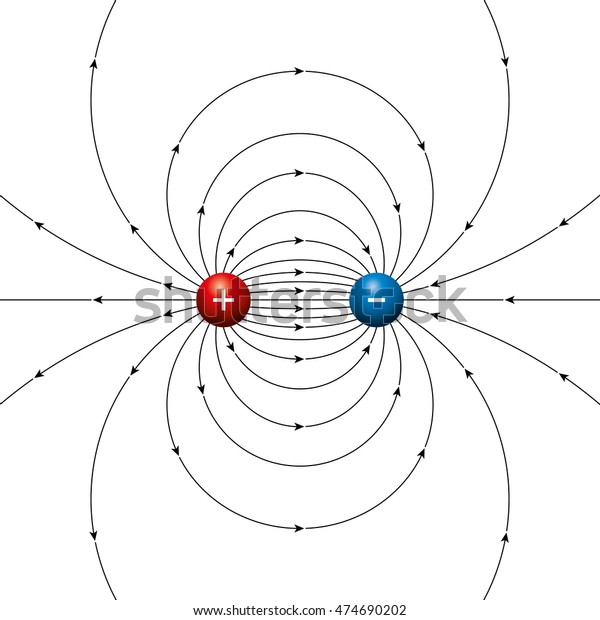 This image is true to the mathematics describing the interaction as long as the extended mass of the charge is not neared. Then the type of mass etc will play a role in the near dimensions to the charges.

This image is more true for an electron and a proton, as an electron is an elementary particle with zero dimensions in the standard model of particle physics, whereas the proton is composed of charged quarks and has dimensions of order fermi.

The differences though between protons and electrons are not used for the definitions of positive and negative charge. That is an experimental observation, and when electrons and protons were discovered, the electrons by convention were assigned a negative sign and the protons the positive.

Not the answer you're looking for? Browse other questions tagged electrostatics magnetic-fields electrons coulombs-law protons or ask your own question.

3
Why is electric field lines away from (+) and toward (-)?
1
How can sawdust do this in an electric field?
0
How is the reference point of potential energy defined in electric fields?
0
Capacitors and how electrons flow given the electric field direction
2
Loss of energy of an electric field, what does it imply?
1
Why doesn't the length of a wire directly affect potential difference in a circuit?
1
Electricity basics
0
Is voltage a difference between two charged objects or two positions in a field?