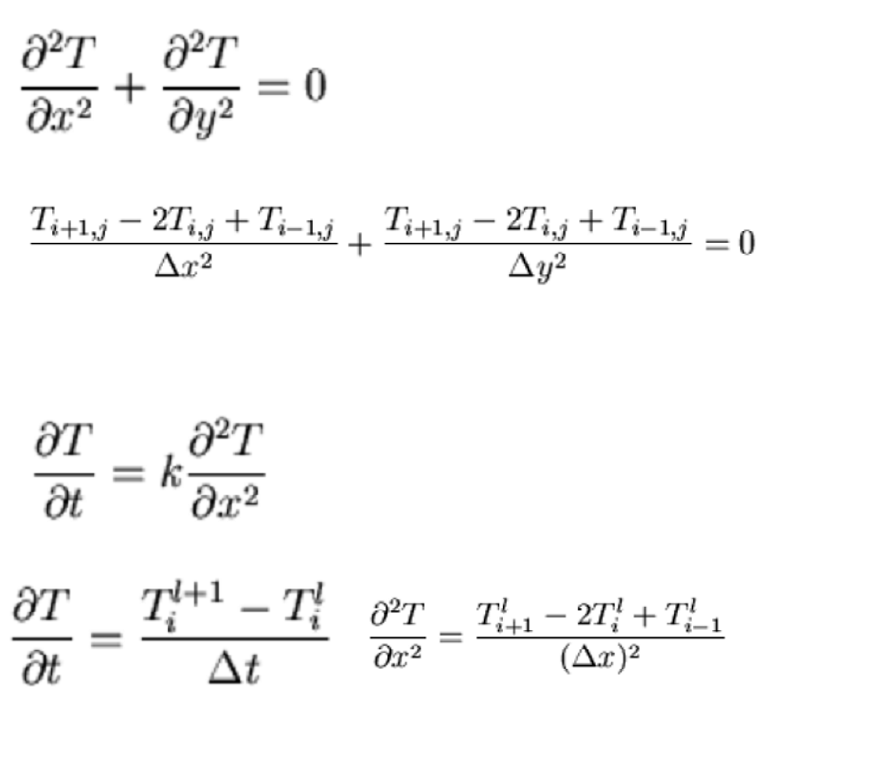 differentiation notation calculus discrete
Share
Improve this question
edited May 25 at 20:11
Abinash
asked May 24 at 17:47

There's no way to know for sure with just these images posted, but most likely this is just a difference in convention between two sources or a difference in convention from a single source for how indices for time are printed vs. indices for spatial dimensions. It looks very much like the second group is written with a convention in which time indices are raised and spatial indices are lowered. But there's no single, universal convention for this that makes one more meaningful than the other.

No, there isn't any difference in the physics. However, in this paper are distinguished in an attempt to make things clearer, reserving upper indices for time, and lower indices for spatial dimentions. Still, this is just a choice and you could write everything in subscript as long as you don't confuse time and spatial dependence.

The difference in upper or lower indices matter when you are dealing with tensors, and want to express in which way they transform, lower for covariant and upper for contravariant. In a context of normal three dimensional vectors and working in euclidean space, it would be really unlikely that difference would matter, specially if they're being used on a quantity like temperature that it is just scalar.

In general, the place of indices will not, in most cases, be relevant unless you are dealing with tensors and unless noting the way they transform is relevant (for example, in special/general relativity).

Not the answer you're looking for? Browse other questions tagged differentiation notation calculus discrete or ask your own question.

3
Is there a default notation for 4-vectors while handwriting?
50
Difference between $\Delta$, $d$ and $\delta$
3
Feynman's subscript notation
0
What is the difference between $\frac{DA^\mu}{D\lambda}$ and $\frac{DA^\mu}{d\lambda}$?
38
Why ket and bra notation?
0
What is this notation with an un-sandwiched comma in the subscript?
2
Two different meanings of $\nabla$ with subscript?
1
Difference between the contravariant, covariant and mixed form of the electromagnetic tensor and Minkowski metric tensor?
1
Are there differences in notation for the d'Alembert operator?