Doubt regarding calculation of angular velocity

The doubt arose because of this question-

Two thin circular discs of mass $m$ and $4 m$, having radii of $a$ and $2 a$, respectively, are rigidly fixed by a massless, rigid rod of length $l=\sqrt{24} a$ through their centers. This assembly is laid on a firm and flat surface, and set rolling without slipping on the surface so that the angular speed about the axis of the rod is $\omega$. The angular momentum of the entire assembly about the point ' $O$ ' is $\vec{L}$ (see the figure). Which of the following statement(s) is(are) true?

It is a popular question from JEE $2016$, an exam annually held for engineering aspirants in India. My confusion is regarding point (D), one of the correct answers.

There are a couple of ways of arriving at $\frac{\omega}{5}$. One way, would be to find the angular velocity in the direction perpendicular to its spin angular velocity, (by finding the velocity of the centre of the first disc, and dividing by $l$) and taking the component of this angular velocity along the $z$ axis. (See $9$:$00$ of this)

However, we can also recognise, that the centre of the first disc, moves in a circle about the $z$ axis, with a uniform speed, just like the centre of mass. 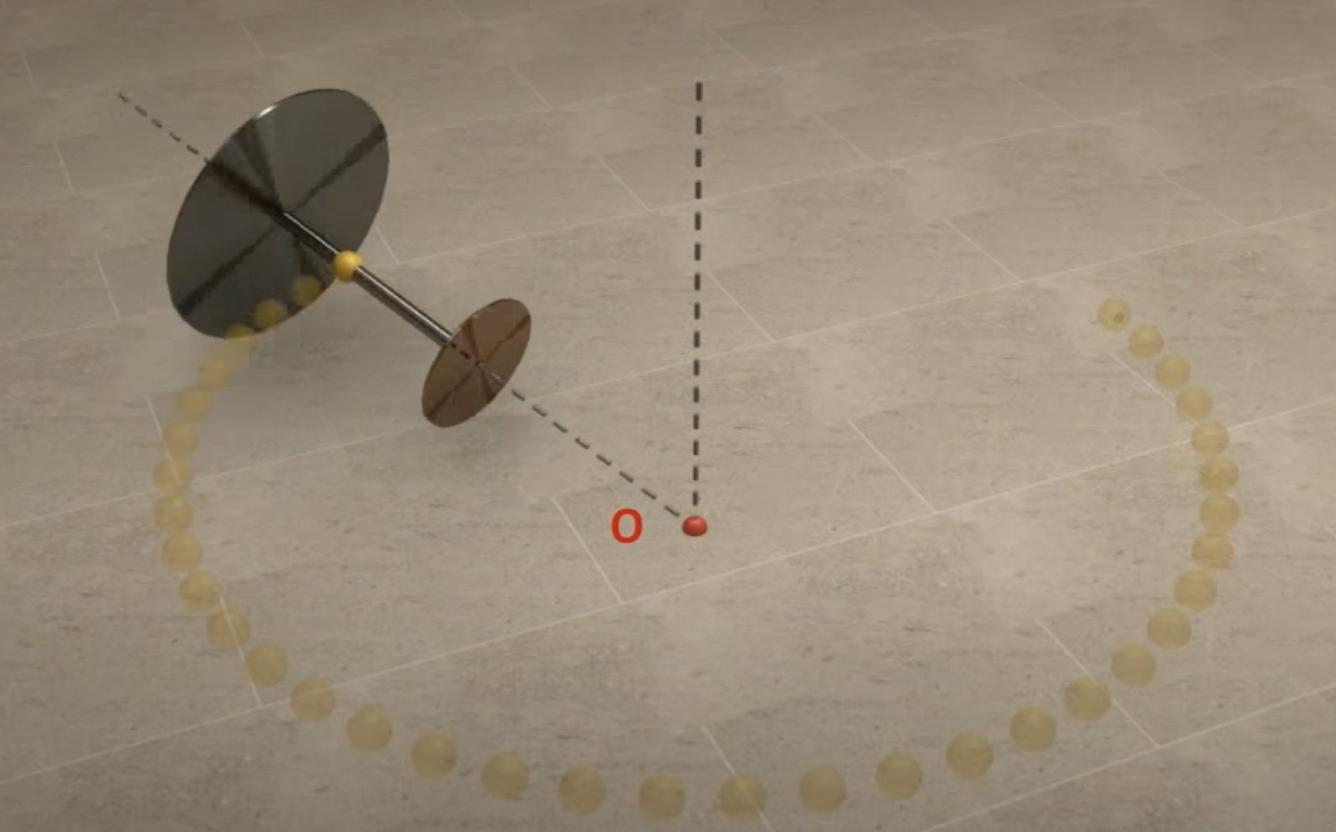 If we divide this uniform speed by the distance of the point from the $z$ axis, we arrive at a completely different answer for the angular velocity. 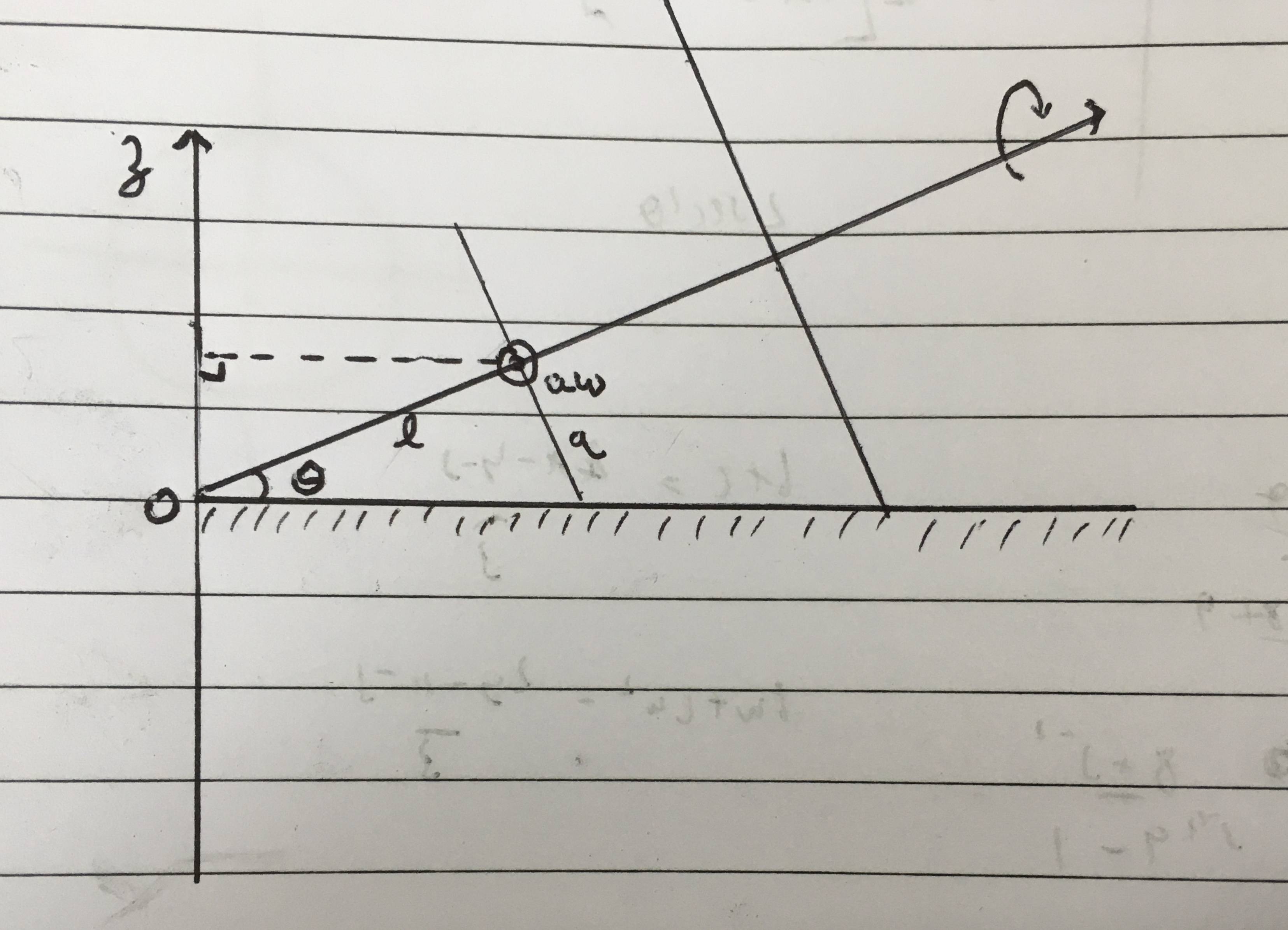 Then, recognising that this centre moves in a circle about the $z$ axis, with a uniform speed $a\omega$, we find the angular velocity of this point , by dividing this velocity with the radius (in the diagram, it equals the perpendicular distance of the centre in the $x-z$ plane, or $l\cos(\theta)$, where $\theta=\arctan\frac{a}{l}$. This distance stays constant.)

Why is there a discrepancy in answers? Why is this method incorrect in this scenario? I did not find the answers to this question satisfactory.

Now, the tangential velocity of the com of the inner disc as it moves in a circle is given as the cross product of the above vector with vector joining the point of contact of disc with ground to it's center:

We can write the same velocity by writing the cross product of the angular velocity about z-axis with the vector joining perpendicular from z-axis to the COM we have, this is expressed as:

Recall that by geometry $ \frac{a}{l} = \tan \theta$, this leads to the following equation after cancellations:

Which was required to be shown :)

Not the answer you're looking for? Browse other questions tagged rotational-kinematics angular-velocity or ask your own question.

7
How do we formally define the "angular velocity vector" of a point about an axis?
4
Confusion regading defining angular velocity about a point and an axis
4
What is the general no slip condition for rotations?
3
Approach for calculating Angular Velocity