Getting different result from length contraction and Lorentz transformation

Why this is so? And which one is correct? I am very confused.

Additional comment regarding the use of the Lorentz transformation for this problem.
SEE BELOW.

(A note on notation, you use capital letters to refer to points in "space", which trace out worldlines. In my original answer, I referred to "P" as an event (akin to a point in the diagram). In your notation, I should have referred to it as "event-2", when worldline-P meets worldline-B.)

A spacetime diagram will help interpret your numbers.
Drawing it on rotated graph paper will help me draw in the ticks ("light clock diamonds") as traced out by light-rays in various light-clocks. 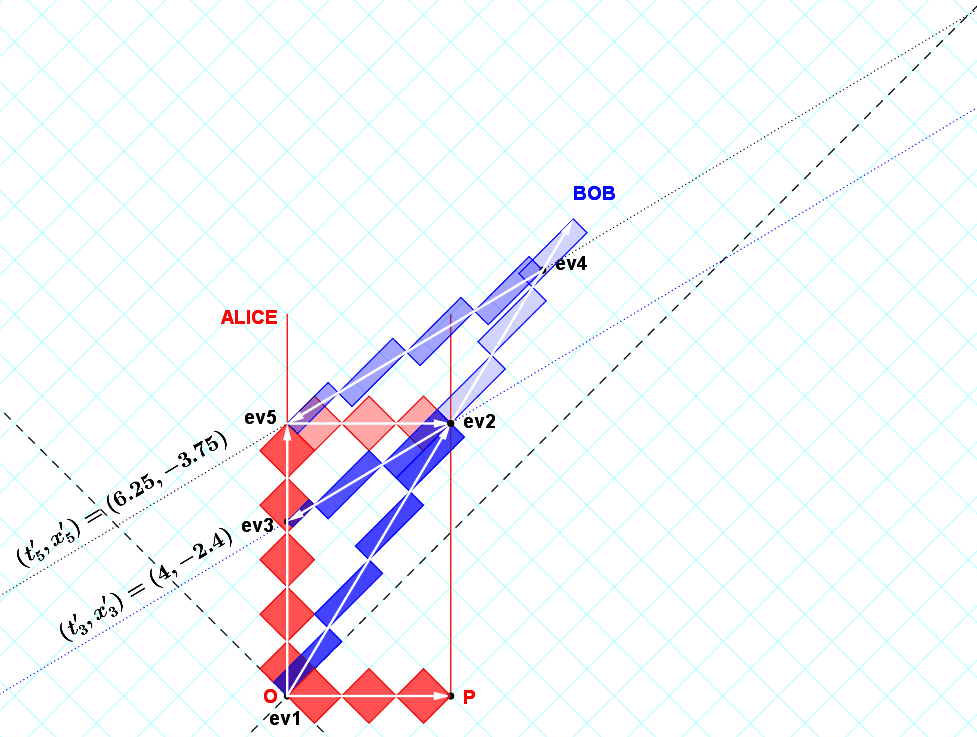 Below the same situation in the (Bob) S'-frame.
Although it's not shown below, you can fill in the following:
from the separation event ev1, count up 5 ticks for Bob, then count over 3 space-ticks [sticks] to the left. You should meet the worldline of the (Alice) S-frame origin, which occurs 4 ticks along the (Alice) S-frame origin worldline.
SYMMETRY, in accordance with the principle of relativity! 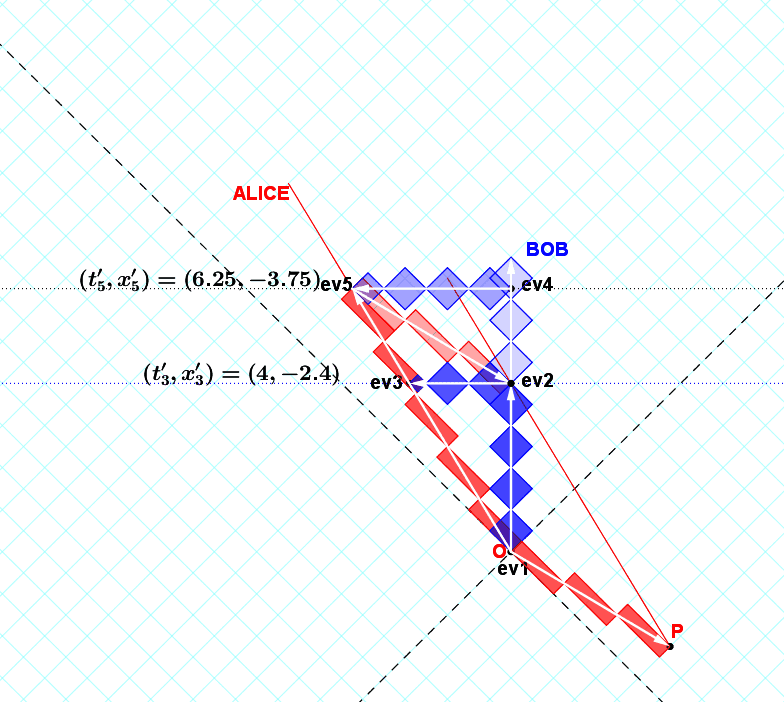 The inconsistency arises because you use the word 'when' to imply two different simultaneity conditions without realising it.

In the sentence that reads 'Now suppose if I am interested in finding out the position of origin of S in S' when B reaches P' you use the word 'when' to mean at the same time in S.

So you are actually comparing two different events.

You assume that, when the origins of the frames coincide, $t=t'$. This isn't rue. The right transformation is:

But I see your problem. You wrote:

Not the answer you're looking for? Browse other questions tagged special-relativity coordinate-systems inertial-frames or ask your own question.