Why Rocket entering the atmosphere starts to burn?

Why, the faster I ride my motorcycle, it gets colder and colder - while the rocket entering the atmosphere very quickly, starts to burn? 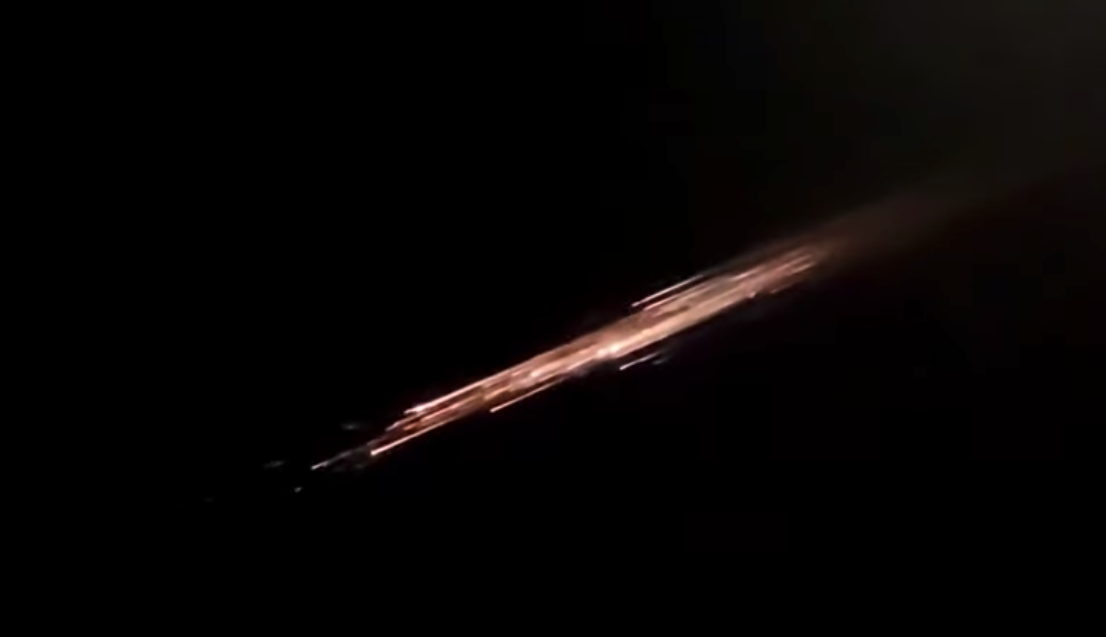 thermodynamics atmospheric-science drag rocket-science
Share
Improve this question
edited May 10 at 7:51
Kamil Kiełczewski
asked May 9 at 11:53

When you're on a motorcycle, the air feels colder. This is because, when you're sitting still, conductive heating generates a thin "boundary layer" of air which is warmer than the surrounding air, and which slows down the heat transfer to the air. On the motorcycle, the incoming air removes this boundary layer, so the air right next to your skin becomes colder. For more details, see Why does moving air feel colder? and its long chain of marked duplicates.

That works at slow speeds, though $-$ and if you speed up significantly, then things change. If you're travelling in a motorcycle, you're pushing the air molecules in front of you out to the side so you can go through, and this works quite well because you're going slowly and the air has plenty of time to readjust. However, if you're going much faster (specifically, at supersonic or hypersonic speeds) then the air no longer has time to get out of the way on its own before the object forcefully pushes it out, which results in a shock wave.

This shock wave is a region where the air pressure becomes significantly higher than the previous pressure of the air, i.e., the air that gets pushed into the shock-wave region gets very quickly compressed. This compression produces adiabatic heating of the air in front of the object, which causes the temperature there to rise steeply with the speed of travel. For high-speed jet planes this needs to be accounted for carefully but it's a solvable problem. For the extreme speeds of re-entry from orbit, this heat is enough to destroy most objects, and only a few designs (involving the aerodynamics of the craft as well as the details of its heat shield) are viable. For more detail on this, see the Wikipedia pages on atmospheric entry and aerodynamic heating.

In addition to the adiabatic heating, there is an additional contribution coming from friction with the air as it flows past, produced by the viscosity of the air. Since air is not very viscous, this is a relatively minor part of the heating: it's still there, but the bulk of the heat comes from the adiabatic heating of the compressed air in the shock wave.

These two phenomena/observations are inherently different.

Consider a high-speed rocket entering the Earth's atmosphere. So, atmosphere's particles will hit the rocket with a high speed and this leads to converting the rocket's kinetic energy into heat, mostly through compression of air and less by friction with the air 1. As a result, the rocket begins to heat up. This heating continues constantly because the Earth's gravity is constantly applying force to the rocket and increasing its vertical velocity. As a result, the rocket begins to burn. See more details in WikiPedia.

When you ride a motorcycle (at low speeds), most of the heat energy of your motorcycle's engine is spent on warming up your engine and its temperature increases more and more than the outside (environment) temperature. When you start moving, more cool air particles hit your engine and the heat transfer rate from the engine to the environment increases. So, your engine starts to get cooler. In this phenomenon, the relative velocity of air particles with respect to your engine is much much lower than the previous phenomenon (i.e., the rocket entering the atmosphere), therefore it cannot cause a great amount of heat through air resistance (compression of air as well as friction with air).

1 To make it more clear consider a cylinder that contains a specific gas. When you compress the gas by a piston, the pressure increases and, as a result, the gas’ temperature rises. This is an example of adiabatic process. In a thermodynamic adiabatic process, no heat is transferred between the system (here air or any gas) and its surroundings. In this example, the thermodynamic work is done by you (through compressing the gas). In the atmosphere reentry of a rocket, the rocket compresses the air in front of it (so work is done on the air by rocket). Because of air compression, the volume of air is decreased suddenly and thus the air’s temperature rises significantly. Subsequently, the rocket heats up due to direct contact with the hot air in front of it. So, rocket loses its kinetic energy, the air’s temperature is increased, and finally the rocket absorbs the heat from the hot air. This means the kinetic energy of rocket is converted to heat.

Not the answer you're looking for? Browse other questions tagged thermodynamics atmospheric-science drag rocket-science or ask your own question.

43
Why does moving air feel colder?

1
Auto-refrigeration
6
Why isn't water running faster hotter?
2
Why does room temperature water and metal feel almost as cool as each other?
1
Which is the same between two connected rooms, relative or absolute humidity?
1
Why is bringing two object to their initial temperature an irreversible process?
1
Thermodynamics - best fan speed to heat a room (for the same heating power)
3
Will increase in flow rate increase the rate of cooling down?
0
Why doesn't the sunlight supersede the effects of the bodies of water and the ground on the temperature of the atmosphere?