Why is the Schwarzschild metric equal to 0 for light at the event horizon?

Carroll & Ostlie's Introduction to Modern Astronomy and Astrophysics provides a derivation on why light and information is frozen at the event horizon: 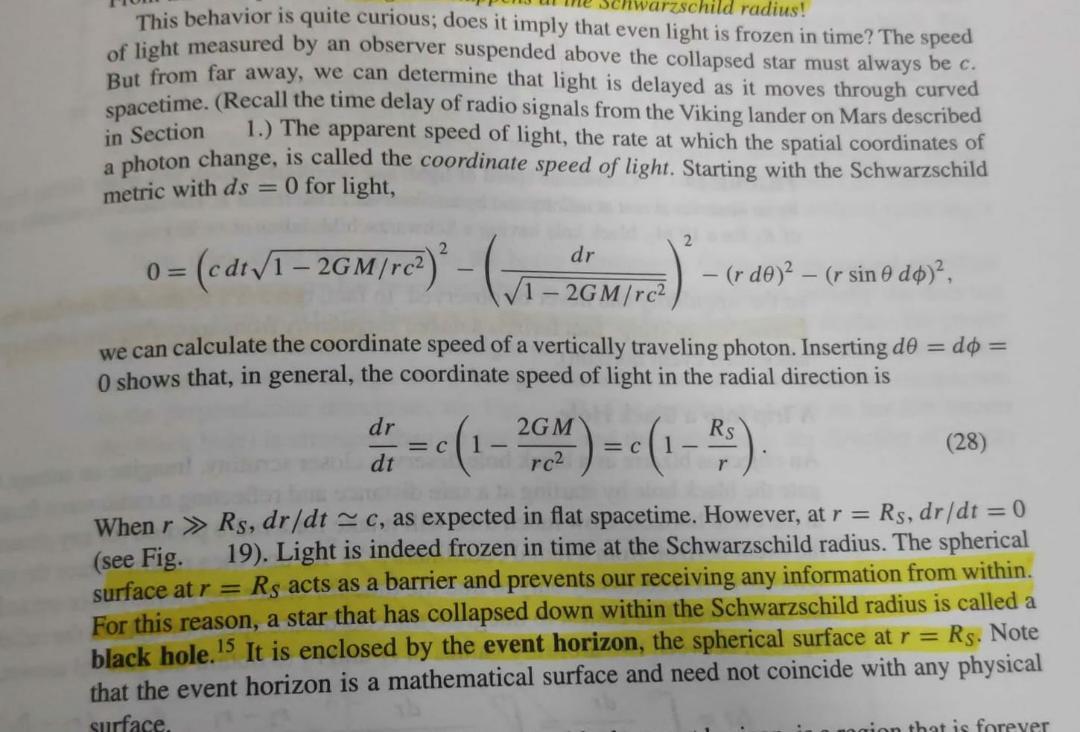 It's true that there are null geodesics that stay permanently on the event horizon, but the derivation in the textbook is wrong. Schwarzschild coordinates don't cover the event horizon, so you can't use them to analyze what happens there. $r=R_s$ is, as you said, a coordinate singularity; neither light nor anything else can be frozen in time or do anything else at $r=R_s$, because it isn't actually a part of the manifold.

The answer to that other question (direct link) is also wrong: it says

This is a coordinate singularity, and that's what defines the event horizon.

If you do the same calculation as the textbook, setting $r=R_s$, $ds=0$, and $dθ=d\phi=0$, you'll find $dr/dt\in\{-c,0\}$, indicating that outgoing null geodesics are "frozen" at this radius while ingoing null geodesics go right through it, as you'd expect of a one-way surface. $r=R_s$ in Eddington-Finkelstein coordinates actually is the event horizon. (In Schwarzschild coordinates you instead get $dr/dt\in\{0\}$, implying that ingoing and outgoing geodesics are both frozen and never separate even though they're moving away from each other at the speed of light, which is another sign that there's something wrong with those coordinates.)

Think of plain old Minkowski spacetime in two dimensions, with line element $ds= -c^2 dt^2 + dx^2$. Since light is massless, its "proper time" as quantified by $ds$ is just zero. If we plug that into the line element, we get the equation $(\frac{dx}{dt})^2 = c^2$ which gives you the standard speed of light.

Now, this is exactly what they have done in the text, except for the Schwarzchild metric. Notice that the metric itself is undefined at the Schwarzchild radius (at least in these coordinates,) but the coordinate speed of light you get by solving for $\frac{dr}{dt}$ in the equation $ds=0$ is well-defined there, and it evaluates to zero.

Not the answer you're looking for? Browse other questions tagged general-relativity metric-tensor coordinate-systems event-horizon singularities or ask your own question.

2
How to derive the Schwarzschild radius?