Is there a valid solution to Einstein's equations for this cosmological model?

The cosmological model below has been developed in order to explain the flatness problem.

At first it's from Newtonian considerations, then a solution of the Friedman equations is looked for 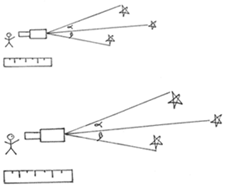 The flatness problem is explained as follows, (firstly Newtonian considerations)

In the expansion of the type above each physical quantity $Q$ varies with time as $Q=Q_0 e^{nHt}$ where $n$ is the number of length dimensions.

Gravity is produced in nature to allow a scale-symmetric expansion of the universe without violating conservation of energy.

For an isolated mass its energy $mc^2$ becomes $(mc^2)e^{2Ht}$ and without gravity conservation of energy is violated.

and energy can be conserved if

and the strength of gravity is

The interpretation of this is that gravity is caused to allow the universe to have scaling symmetry. The 'expansion' does not slow down or speed up as the universe expands. Energy is conserved during the 'expansion' due to the gain of internal energy of masses being of balanced by the gain of negative gravitational potential energy.

The flatness problem is naturally explained by (5).

Since no expansion is measurable in such a universe we have a stable, apparently static universe, always at critical density.

Now a solution of the Friedman equations (1) and (2) is sought that represents the above cosmology.

The questions is: Is this solution valid?

The assumptions of the Friedman equations are that the universe is spatial homogenous and isotropic, here is the equivalent solution to (1) and (2) for the model above

leading to the solution

If the expansion is of the type described, we now have an apparently static, non-empty solution, always at critical density. Is this solution valid?

Please would anyone answering avoid answers like "supernovae data shows...", but address issues strictly to do with the use of the Friedman equations, like the two below.

Thanks for any advice on these questions.

4
Cosmology - an expansion of all length scales
3
Why in the first Friedmann equation quantity $ρ$ is directly proportional to Hubble's constant despite the fact that gravity counteracts expansion?
2
Dilaton field causes universe expansion?
0
How to amend General Relativity to include a position-dependent gravitational 'constant' $G$?

12
Gravitationally bound systems in an expanding universe
6
What does the Friedmann Equation imply for the cosmological constant?
2
Variable Cosmological Constant - Friedman Equations
2
How did Friedmann and Lemaitre based on Einstein's "original" GR theory find an expanding solution?
10
Einstein and his so-called biggest blunder
4
Cosmology - an expansion of all length scales
1
Einstein's Static Solution with $\Lambda =0$ to The Friedmann Equations?
1
Another static solution of the Friedmann equations - interpretation of $p=-\rho c^2$
0
How to amend General Relativity to include a position-dependent gravitational 'constant' $G$?