Why does a blast wave travel faster than sound?

https://en.wikipedia.org/wiki/Blast_wave#Characteristics_and_properties says: "A blast wave travels faster than the speed of sound and the passage of the shock wave usually lasts only a few milliseconds."

acoustics explosions shock-waves
Share
Improve this question
edited May 8, 2021 at 3:32

I think what it is referring to is the difference between an oscillating pressure wave propagating through air molecules (like sound) and the air molecules themselves moving in one direction, without oscillation, and experiencing significant displacement (like wind).

EDIT: There is some vagueness of where the line is crossed between oscillation and displacement in my above description since it is pretty qualitative, but I found this answer: How do we get supersonic bullets?

which states the speed of sound increases with pressure, so if you have a high pressure front it will be able to move faster than sound at ambient.

I thought a blast wave was a sound wave

In the technical literature, a distinction is made between detonation, and deflagration. In both of these there is a rapid chemical reaction. The chemical reaction in one area stimulates the same reaction in a neighboring area. This creates a reaction "front", that moves rapidly from through the reactive material. The speed at which this front moves depends upon the type of "explosive". If the speed is supersonic, the "explosion" is called detonation. If the speed of the reaction front is below the speed of sound, the explosion is called deflagration. Both detonation and deflagration may cause loud "bangs" and destroy objects. So, to a casual observer, deflagration may appear similar to detonation. However the physics of detonations are different from those of deflagrations.

The Wikipedia article that describes as blast wave as supersonic is referring to the wave produced by detonation.

This is just an addition to the other answers already posted.

Note that the piston or driver of a shock wave is not limited by the speed of sound. Some common examples of pistons in Earth's atmosphere would be bullets, fighter jets, and space debris/rocks/meteors. Another example are caused by explosions, as your question eludes to.

You are correct, a shock wave is a nonlinearly steepened sound wave that has reached a balance between steepening and energy dissipation to form a stable discontinuity. Because it is being "pushed" by a piston/driver, the shock itself is not limited to the speed of sound, so long as the piston/driver has sufficient energy. As I show in the above linked answers, the Mach number, $M$, for a blast wave satisfies the following $M \propto t^{-3/5} \propto R^{-3/2}$. That is, with increasing time, $t$, or increasing radial distance from the explosion source, $R$, the Mach number will decrease. Eventually there will be no more shock wave.

Yeah. The thing about gas is that any high-velocity particles are going to bump into other particles and quickly reach the average speed of the other particles in the gas (thermalizing). And the 'speed of sound' is actually a bit lower than the average particle speed, because the particles carrying a sound wave won't follow a completely straight line, they will get knocked about. (If you calculate it geometrically the speed of sound should be something like a factor of $\sqrt 2 $ lower than the average particle speed.)

But if you have enough high-velocity particles, they are just going to punch straight through and push a bunch of other gas particles with them. They won't thermalize for a while and you will see a blast wave.

Both existing answer touch the periphery of the question.

The underlying reason why the usual sound wave and the blast wave travel at different speeds is that the air (or any real-life acoustic media for that matter) is non-linear.

The acoustic waves travel by adiabatic compression and expansion if the medium. This is profoundly non-linear process. 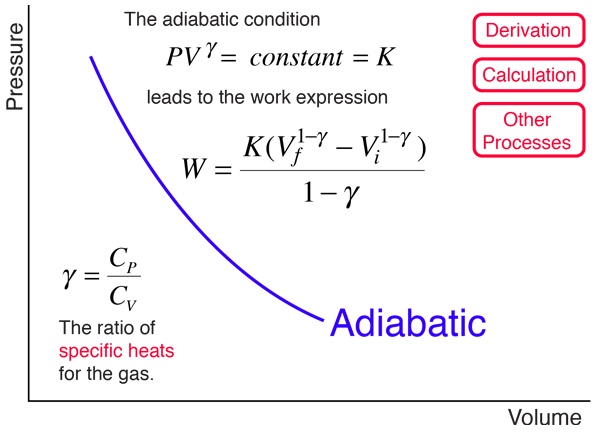 The speed of sound squared is proportional to the elastic modulus of the media. https://en.wikipedia.org/wiki/Speed_of_sound

Elasticity of the air is the slope of the adiabatic curve.

It can be considered linear-ish for small pressure disturbances (like, less than 1% of the air pressure) and that's what the usual sound is.

A chemical explosion creates a change of pressure that is many times the atmospheric. A nuclear explosion changes the pressure by many orders of magnitude. In either case, the high pressure and temperature makes the elastic modulus of the media pretty much higher.

Roughly said, the blast wave carries its own high-pressure zone where it can travel faster.

Not the answer you're looking for? Browse other questions tagged acoustics explosions shock-waves or ask your own question.

49
How do we get supersonic bullets?
4
Power of Shockwaves
3
Mach no. should be constant for existence of similarity solution
2
What causes the expansion and implosion of the medium before an explosion?