On the nature of the light [closed]

Ask Question
Asked 1 month ago
Active 1 month ago
Viewed 72 times
-1
$\begingroup$
Closed. This question is off-topic. It is not currently accepting answers.

How "correct" is our interpretation of the world with the current theories of physics? More specific I wonder how close to truth is the interpretation of the nature of light, for example physicists say light behaves as a wave and as a particle. Before I ask my question I want to give my motive and how the question was born. 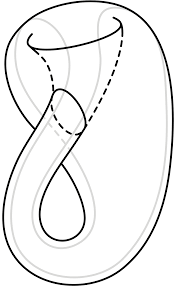 My question: Is it possible the nature of the light to be something we can't consider or see ect because its 4-dimentional (or more) and we only can see and study its section with the 3-D world or its immersion. Meaning light to be a third thing neither a particle neither a wave, and we only see two interpretations of the same thing because we can see its true nature ?

I want to stress out I do not study physics I am a math undergraduate who also likes physics. Also, as you reading this you may wonder if it's the most stupid thing you ever read about physics, and it may be, but if you think my question has any meaning, and you want to answer it would help me understand better.

I am strongly of the idea that, as physicists, we should never forget that our theories are just that: theories. They are an attempt at a model which describes nature, but does not tell us exactly what nature is intrinsically. This model is as good as our measurements can be in the sense that an experimentally proven theory will be adequate as long as another new and improved experiment proves it wrong in some way. But even after a disproof a theory can still be viable, just not as precise as our measurements.

Light behaves as a wave and as a particle.

we must never forget that such a claim is the result of a mathematical construction that by itself cannot prove that nature is exactly as described by it. It still is a model, and as such, claims like the one before have to always be taken with a grain of salt. A more accurate way of phrasing that statement would be

As far as we know, our models which describe the nature of light do it by considering it as both a wave and a particle.

Maybe we will never know if our theories will ever describe what nature actually is. But this is not the point of physics, asking such a question is issue of the philosophists. This does not undermine in any way the work physicists do, it's just a shift in the mindset.

As others have mentioned, physicists have studied higher dimensional theories to explain light and other phenomena, and it's certainly possible that some of these will eventually provide better explanations than the theories we have now.

To address your first question about how "correct" our current theories are, they are very good; nearly every observation of light and elementary particles ever made can be explained by the Standard Model. The thing is, though, that modern theories of physics can't properly be explained by words. For example, it's not really right to say that light is both a particle and a wave. It's an excitation of a quantum field; but it's hard to describe that in words because it's something outside of the realm of ordinary language. It can only properly be described mathematically.

Fortunately, as a student of mathematics you are (or will be) in a good position to learn the actual theories themselves. So you're really quite lucky! Quantum field theory (the math behind the Standard Model) is quite advanced, but general relativity and basic quantum mechanics are accessible to a math undergraduate.

Not the answer you're looking for? Browse other questions tagged electromagnetism particle-physics waves visible-light or ask your own question.

8
What is the meaning of the word “particle” in particle physics?
7
The physical meaning of electromagnetic waves
37
What do we see while watching light? Waves or particles?
2
Qualitative relationship between a function f(x) and its fourier components
4
Does law of inertia has anything to do with speed of light?
0
Shining a light on a brane
0
Is it possible to make a source of light such that it only emits one ray of light?
12
Does light intensity oscillate really fast since it is a wave?
0
Why doesnt small optical point source cover whole retina?