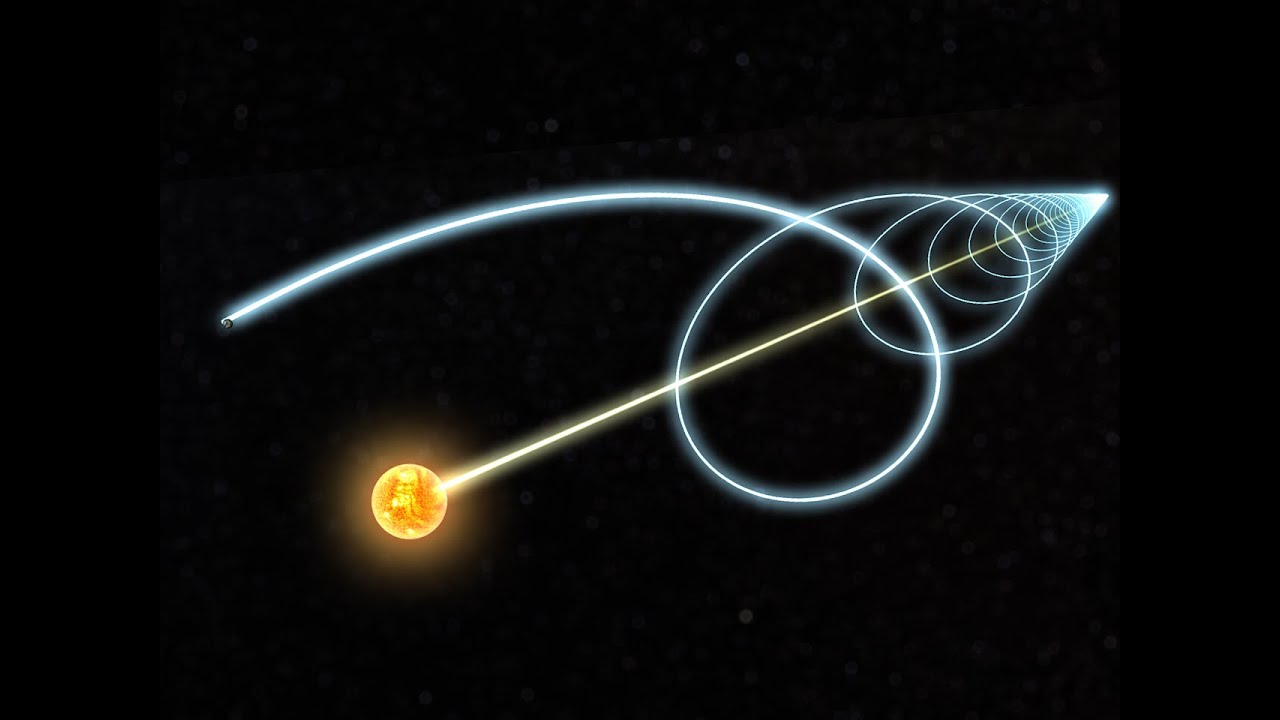 Is it right that if a proton is trapped in a magnetic field it is forced to do a circular motion of a distinct radius.Now, if a quark inside that proton does a rotation inside the proton volume can the quark trajectory in the magnetic field be described by a helicoidal curve shown on the picture? I am interested in the problem that arises from the differences in the lengths of the simple circle of the proton center of mass trajectory and the quarks' helicoidal curve when one rotation in the magnetic field has elapsed,which implies that the velocities of the proton center of mass and the distinct quark are different...So if a proton is accelerated to reach 99.9% of the speed of light inside that magn. field the quark speed should be slightly higher as the helicoidal-circular curve is slightly longer than the pure circular curve?

The trajectories of charged tracks in a magnetic field are given by the solution of classical electromagnetism equations. If the velocity of the particle is perpendicular to the magnetic field, a circle is closed. If there is an angle to the field a spiral is induced by momentum conservation in that direction.

Electrons , pions etc, though, are quantum mechanical entities when interacting with each other and need quantum mechanical solutions for the interaction, in macroscopic dimensions, where h_bar, the Planck constant is commensurate to zero. Charged quantum particles also obey classical equations in macroscopic dimensions, this can be seen in the bubble chamber pictures here.

The quantum mechanical interactions are calculated using quantum field theory and the data up to now fit the calculations with great accuracy. The predictions of the theory are on the probability of finding a particle at (x,y,z,t), so an accumulation of data with the exact same conditions has to be made, in order to check theory with experiment.

Not the answer you're looking for? Browse other questions tagged particle-physics orbital-motion speed quarks protons or ask your own question.

3
Origin of motion and relative speed of bodies in the universe
10
From which dimensionful constants does proton mass arise?
2
Is the Higgs field responsible of only 1% of the proton mass?
10
Do particle accelerators centrifuge the quarks of a proton?
1
How does instantaneous speed work for circular motion?
0
Orbital speed for an inclined circular orbit round a spinning spherical planet
0
Circular Motion And How Liner Speed Affects It
2
How much of the proton's mass is due to the Higgs field?
0
Relative velocity of a particle under uniform circular motion