Ask Question
Asked 1 month ago
Active 1 month ago
Viewed 47 times
1
$\begingroup$
This question already has answers here:
What determines whether colors you can't see are visible or not? (10 answers)
Closed last month.

I've grown curious about the phenomenon of light interference. If two light sources of different wavelengths that correspond to two arbitrary colours, say blue and yellow, constructively join, they will result in a green central fringe, as any colour mixing chart would tell us. Is this because the two electromagnetic waves add up and create a new wave with the colour yellow, or is it just our brains tricking us into seeing a merged colour? (As many colours are made-up and not physically real, like pink, for instance). Thanks so much in advance.

electromagnetism visible-light interference
Share
Improve this question
asked May 3 at 6:45

I've grown curious about the phenomenon of light interference.

In the context of what you have written your use of the word interference is inappropriate and might be better replaced with the word superposition?

In Physics the common use of the word interference is when light from coherent light sources overlaps.
For example, for a two slit arrangement with a monochromatic light source a set of fringes are obtained.
The separation of the fringes depends on the wavelength of the light as shown below. 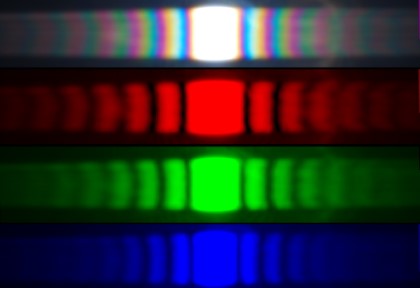 However when you have many colours (wavelengths) present as with a white light source all the fringe patterns overlap one another and then the eye interprets the colour.
The central fringe is white because the retina of the eye is being exposed to red, green and blue light simultaneously.

So in your sentence,

If two light sources of different wavelengths that correspond to two arbitrary colours, say blue and yellow, constructively join, they will result in a green central fringe, as any colour mixing chart would tell us.

the words constructively join are used inappropriately as it is the eye when illuminated with blue and yellow light perceives it as being yellow as shown in the colour wheel below. 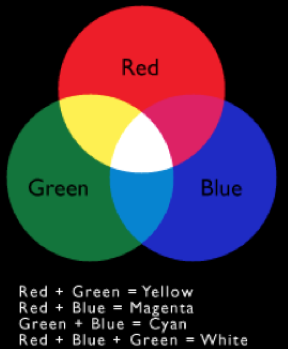 So what you see is the result of the brain processing the output from your eye.

Another example of this processing by the brain was first described by Edwin Land as the retinex theory of color vision.

Look at this picture in a darken room and you will see green and blue hues even though the picture is made up of red and white. 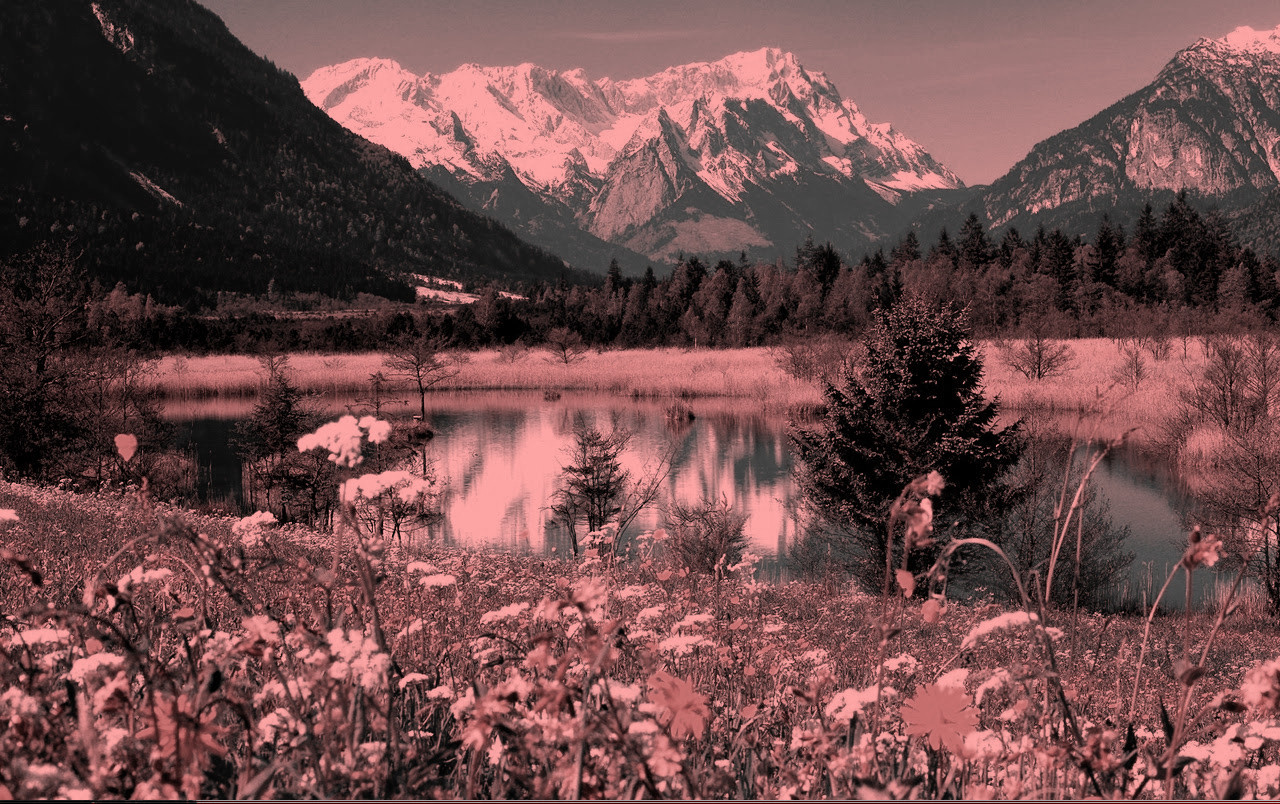 The Wikipedia article colour constancy gives a number of reference which may be of interest?

Not the answer you're looking for? Browse other questions tagged electromagnetism visible-light interference or ask your own question.

25
What determines whether colors you can't see are visible or not?

4
Are Colors Emitted at Specific Temperatures?
2
How does Huygens Principle explain interference?
4
What, if anything, makes primary colours distinct?
3
Mechanism for visible light frequency mixing in storm clouds
1
Is the yellow we perceive when our eyes are hit by red and green light at the same time the same yellow that is at the yellow frequency/wavelength?
0
How does a yellow colour filter work in the sense of RGB colour model?
1
Human colour perception – summary needed
4
Why is wavelength of violet colour less than wavelength of blue colour?
0
What happens when light of two different colours interfere destructively