If I pull a metal bar for long enough with a constant small force, will it eventually break?

Let's say I have a strong metal bar. I pull it apart with a very small constant force -- obviously it doesn't break. However, this would disturb the internal configuration. If I let go, then eventually the internal configuration would return to what it was before I started pulling on the bar. However, if I keep pulling on the bar long enough, would the bar eventually break, no matter how small the force is?

Yes, the rod will ultimately break—barring any other failure mechanism that occurs first.

(Depending on the material and conditions, you may need to wait a very, very long time, but your mentions of "long enough" and "ultimately" suggest that you're interested even in glacially slow processes, so to speak. Read on to hear about one such class of processes.)

The reason for inevitable failure is that at any finite temperature—which is any actual temperature—there's a finite chance that any particular molecular bond will fail under a pulling force. This is called creep, or time-dependent deformation under an applied load. Creep is often assumed to be negligible at less than about a third (or a half, or two-thirds) the material's homologous temperature, as reflected in various answers and comments on this page, but is always active in every material around us. 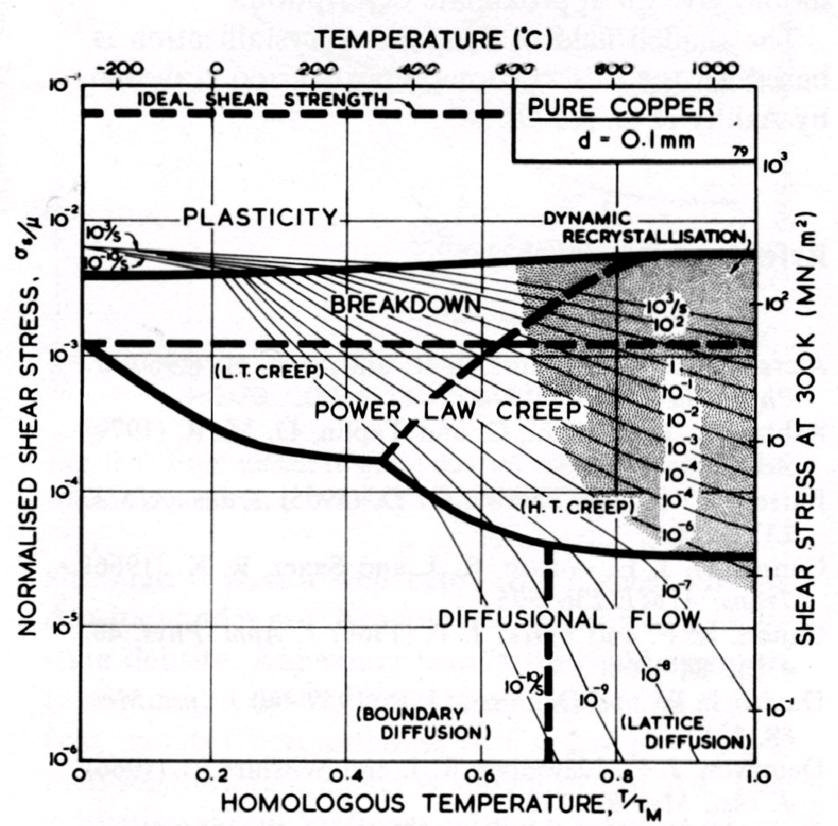 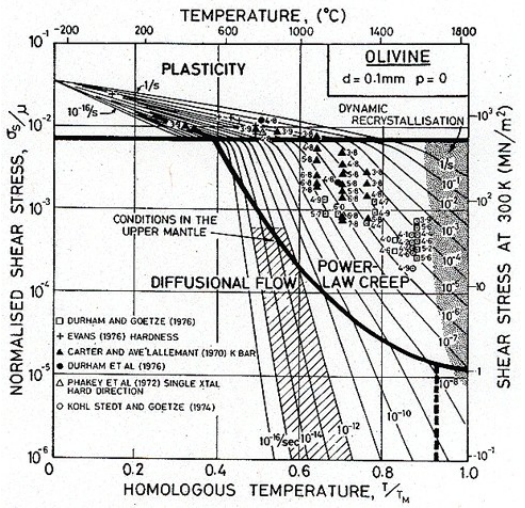 Copper, ice, and olivine are shown together here to emphasize the commonality of creep in material types that aren't often grouped together. Creep is universal.

The following generic form is typical: 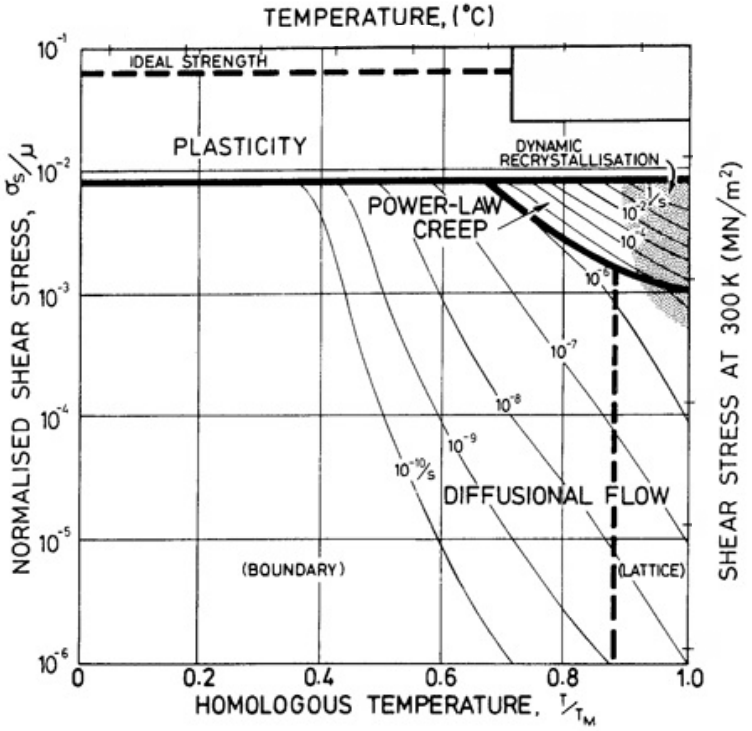 In these maps, we find various regimes marked power-law creep in addition to boundary and lattice diffusional creep. Now, it's a common outcome when comparing various kinetic processes that because of the exponential dependence of rate on the activation energy, we see an interplay of predominance between processes with higher or lower reactant concentrations and higher or lower activation energies. Here's what I mean: 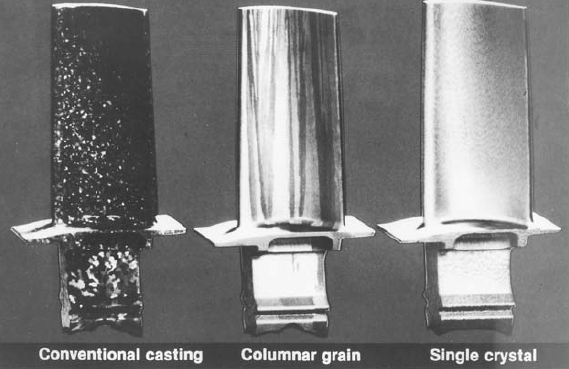 It's important to note that regardless of which mechanism dominates under a certain set of conditions, all valid creep mechanisms for a particular material are acting all the time, although the rate may be minuscule.

Finally, a classic example of noticeable creep is the sagging of lead pipes over decades:

Given enough time, this sagging arc will accentuate and fail by material pinching off, in the manner of any viscous fluid. Lead's low melting temperature means that room temperature corresponds to a quite-high homologous temperature, so prominent creep observations of a familiar metal become accessible over a human lifespan. Make no mistake, however: the pipes could be made of any other material, and such sagging would simply be a matter of time. In the long term, elasticity is an idealization, albeit a very reliable one for many metals and ceramics (and some polymers) at familiar temperatures and over familiar time scales. Many of the other existing answers appear to rely on this idealization, but it sounds like you're asking about the nuances of the very long term. This answer is intended to address one such nuance.

This paper describes scientific creep tests with some specific steel.

In a low stress (but relatively high temperature) regime, they report creep of 200 micrometers per year, for a test specimen of 200mm length, 30 micrometers for their 30mm specimens. At room temperature, you would say that yes, eventually it would break, but it may take millions of years until it happens.

They also conclude that the creep behaviour of that particular material changed significantly with time but mentioned that the tests were too short to really be able to say much more.

The paper is long and detailed, check it out.

Under normal conditions structure building materials, such as steel, will not yield or break. Which is good, because all modern buildings and bridges are based on steel, even if embedded in the concrete as rebars.

For high temperatures, (at least above $300^\circ$C for steel) a constant stress can lead to plastic strain over time, even if it is below the yield point, and will eventually break. This is known as creep. Other metals with lower melting points (such as lead, for example) can present creep under room temperature.

What matters here much more than force is stress:

where $F$ is the force applied to a bar with cross-section $A_0$.

The stress-strain curve of a fairly typical metal looks like this: 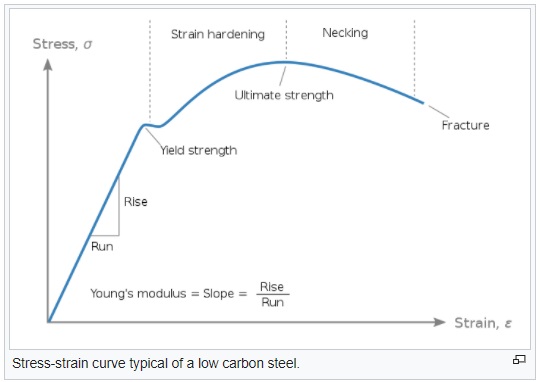 If stress is applied to a bar in such a way that the stress value remains in the linear (aka elastic) part of the $(\sigma,\varepsilon)$ curve, an equilibrium of forces arises with no movement. It doesn't matter how long this state of affairs persists: the bar will not move or break.

But if the stress exceeds the yield strength, then the bar will be further extended in accordance with the $(\sigma,\varepsilon)$ curve.

At any finite temperature, there is always a finite probability that a given internal bond will be broken by thermal activation, i.e. random thermal energy can always occasionally exceed the energy barrier required to break the bond.
The effect may be vanishingly small at normal operating temperatures, but given enough time there will be some permanent deformation and ultimately the bar will break. Whether this happens before or after the Sun explodes is another matter.

Failure by static load alone will not occur in a lifetime or several. Failure via creep - aided by environmental attack perhaps - depends on two things:

The temperature of loading is the major effect. No problem getting failure with lead as its at ~ 0.5 of its melting point at ambient conditions. With steels, we won't see failure due to small static loads in our lifetime.

This behaviour can be determined from what is known as an "S-N" curve.

I wanted to provide an engineering alternative to the creep answer, which is technically correct over very long time scales and accurately describes the mechanism of failure. Depending on your rod's material, cross-section, and applied force, there may be a stress range such that the "Factor of Safety for Infinite Life" is 1 or greater.

For example, here are S-N curves for steel and Aluminum: 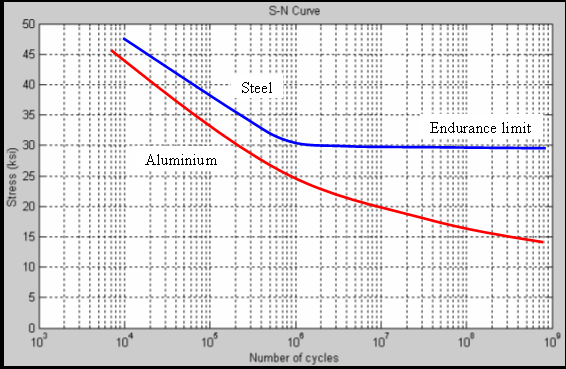 These curves are determined experimentally, and typically represent a linear-fit 3 standard deviations below a line drawn through the stress-range and number of cycles to failure for numerous specimens. This means the conclusions that can be drawn from such curves are empirical, which may not be satisfactory for your thought experiment.

For steel, there is a theoretical stress range below which your structure will have "infinite life", as demonstrated by the levelling out of the S-N curve as the number of cycles increases (Theoretically the creep-induced defects may still accumulate, and eventually cause failure, I'm not intimately familiar with the testing used to derive these curves). However, for other materials, such as aluminum as shown in the same chart, no such leveling occurs, and the material has no stress range for which infinite fatigue life is possible (always a comforting thought in old airplanes).

Note that the stress range for infinite life as presented in this chart is about 30 KSI, which is below the yield point of steel at about 36 KSI. In practice, when you have to account for defects and stress-raisers associated with structural configuration and welded connections, the actual allowable stress range drops quite rapidly. A more typical allowable stress range for a realistic welded structure with a reasonable fatigue performance (20 years or so) is on the order of 7.3 KSI, or 50 N/mm^2.

Lots and none at all.

Is it not obvious that if what you Ask were true, every screw or bolt holding any shelf would eventually break?

You might fall back on "if… long enough" meaning that the experiment should continue beyond the corrosion life of the screw (or bolt) and if you do, are there not endless examples of screws holding up shelves for all the hundreds of years shelves have been held up by metal screws rather than wooden pegs? (Come to that, why is the Question restricted to metal as opposed to wood, plastic or anything else?)

How is the Question different from "If I push on a load for long enough with a constant small force, will it eventually move?"

If in time no changes occur (whatever they are) in the elemental structure of the bar, then the bar will not break. If changes do occur, then there is a chance that the bar will break, so it eventually will break. How the breaking proceeds (breaking is a non-instantaneous process) is another story.
Taking quantum mechanics into account, there always is an accumulated chance of a large enough change, on top of the changes induced by interaction of the bar with the environment (the bar can rust or whatever).

Of course. The metal bar is made of information. When you pull on it, it probably just adds information at a slow trickle, or sort of mixes up the information it’s made from at a constant rate. Eventually, that metal bar will likely turn into “noise”.

If the metal attains an equilibrium state then there is no reason to think that it will stretch further. Maybe in time, the metal will get tired (metal fatigue, maybe due to rust), which means that it can't oppose the stress anymore (just like in humans!). Which means that the metal will break. Which it does in an instant, unlike the deformation of, say, rubber. Note that elasticity is measured as the ratio of stress (stretching force per unit area) to strain (the internal forces inside the material opposing the stretching). This means for example that steel has a higher elasticity than rubber, contrary to what you'd expect.

Not the answer you're looking for? Browse other questions tagged material-science elasticity stress-strain metals or ask your own question.

0
Is an elastic, gravitating object stable?
1
Estimating fraction of radiant energy absorbed by a metal
2
Will an extremely hard material wear away or fatigue if enough very-low energy contacts occur with a softer material?
33
Clarifying the actual definition of elasticity. Is steel really more elastic than rubber?
1
Space Elevator - Could We Do It?
1
Uniaxial stress question
2
Deformation without stress?