How to make an object at rest in a frictionless surface move at constant velocity?

let's imagine an object at rest in a frictionless surface (ignore air resistance too!) how can we make it move at a constant velocity? we need force right? If force is applied wouldn't it accelerate indefinitely?

let's imagine an object at rest in a frictionless surface(ignore air resistance too!) how can we make it move at a constant velocity?

You first need to apply a net force to accelerate the object, per Newton's second law. Then when the object reaches a desired velocity, you remove the force and the object continues on at that constant velocity. That's because there is no opposing friction force, so once the applied force is removed, the net force of zero and the velocity remains constant per Newton's first law.

If force is applied wouldn't it accelerate indefinitely?

As long as the force continues to be applied, the object will continue to accelerate. (Then, theoretically, the only limitation on its acceleration is the object cannot reach the speed of light).

You can always remove force as soon as it reaches desired amount of speed.

If force is applied wouldn't it accelerate indefinitely?

Once the force is removed, since there is no friction, what remains in motion stays in motion at constant velocity.

If object is moving in a friction less surface with a constant velocity, Acceleration is the change of velocity per unit time, so if there is no force, all we know is that the acceleration is zero. Therefore, the velocity is not changing. If the object was already moving, then it will just keep moving. So, yes, the object can be moving when there is no force applied to it. 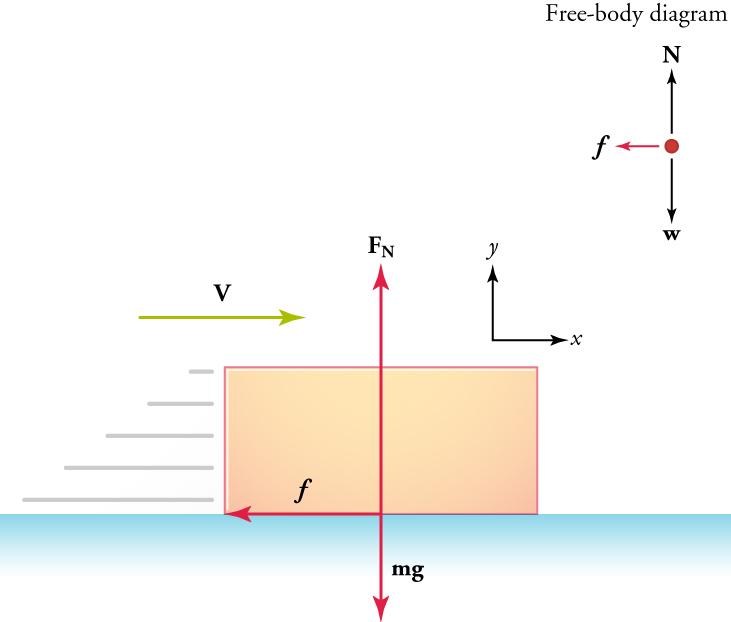 f=μN, where μ is the coefficient of friction and N is the normal force.

As far as reality,μ can never be 0. The permeability of free space, μ0, is a physical constant used often in electromagnetism. It is defined to have the exact value of 4π x 10-7 N/A2 (newtons per ampere squared).

It is connected to the energy stored in a magnetic field,.

μ0 is no longer a defined constant (per the former ... The parameter μ0 is a measurement-system constant, not a physical constant that can be measured.

Not the answer you're looking for? Browse other questions tagged newtonian-mechanics friction free-body-diagram equilibrium or ask your own question.