Why force between charges increases when it moves, instead of decreasing?

Imagine two positive charges in a space ship moving with a velocity,v with respect to an observer on earth. 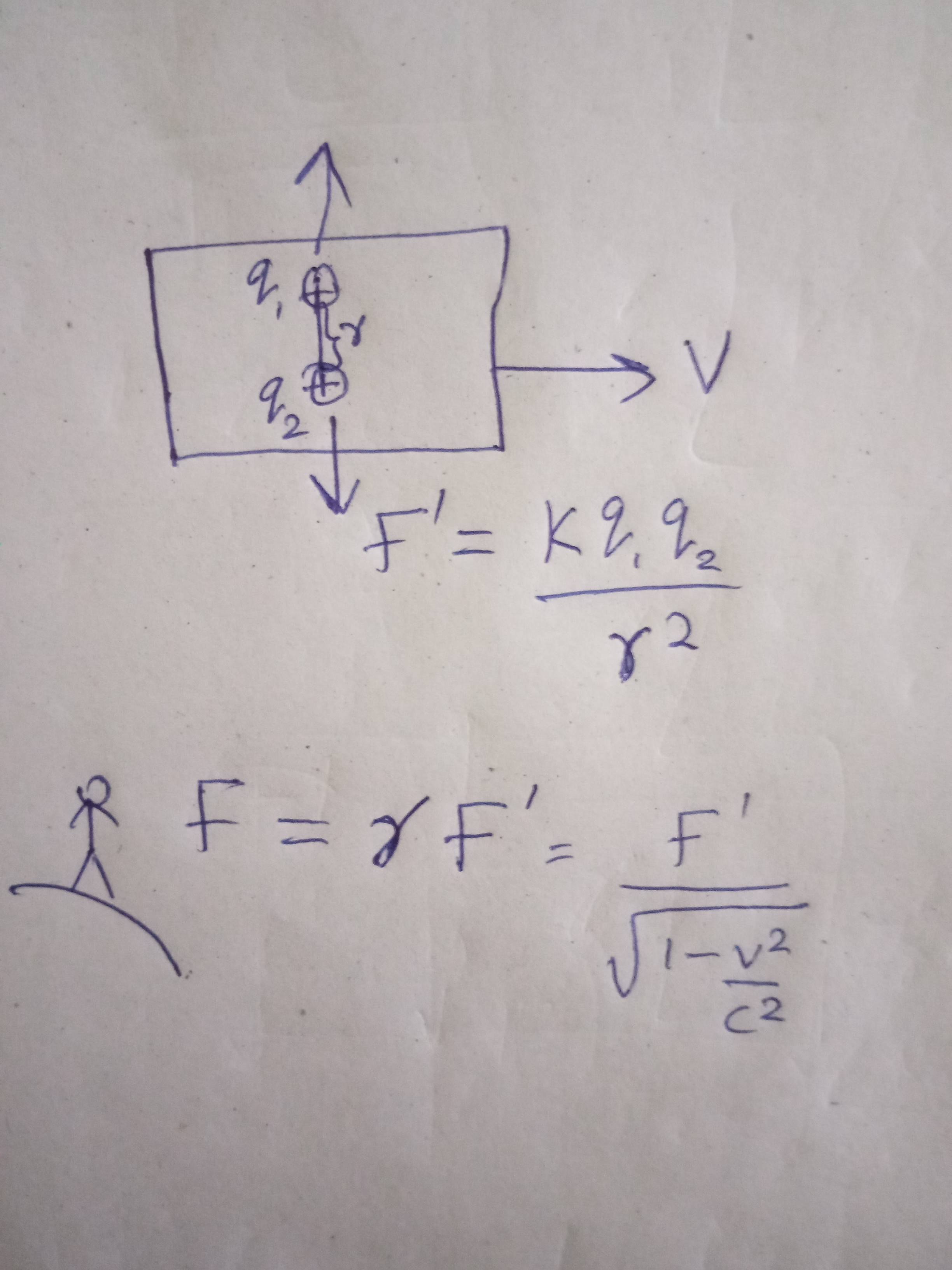 So,the force is greater in the frame on earth. But actually shouldn't the force be lesser because with respect to earth the charges are moving and hence have an inward magnetic attractive force which partially cancels the outwards repulsive force?

But if you are the observer on earth,then the equation becomes $F=\gamma \times F' $

The above is not correct. The actual formula in this example would be $F= F' / \gamma$

EDIT : I have looked back on this and the rest of the answer is not accurate and just plain wrong. Hence , i am deleting the rest of what i had written.

The following question has a good answer which seems to be correct and provides a good answer for this
Is Magnetic force really the relativistic correction for electrostatic force?

A common class of error, in these sorts of problems, is getting the transformation backwards and putting $\gamma$ where you should have $1/\gamma$. That's what's happened to you here.

To see this intuitively, consider a pair of opposite charges instead of same-sign charges. Released from rest, the opposite charges will accelerate towards each other and collide after some finite time. An observer in a different frame will see this collision happen more slowly, due to time dilation.

How the moving observer explains this delayed collision is sensitive to the geometry of the problem. If the line between the charges is perpendicular to the velocity, as in your diagram, the moving observer believes there is a magnetic interaction between the charges which counteracts their electrical attraction. (A classic problem from Griffiths: consider parallel line charges, and find the speed at which the magnetic repulsion exactly cancels the electrical attraction.) If the line between your point charges were parallel to the velocity vector, there would be zero magnetic force between them, but the electrical attraction would have been reduced thanks to the Lorentz boost. At other angles, the boosted electrical force and the magnetic interaction conspire together so that your opposite charges collide after exactly the right dilated amount of time.

Since the vector F is perpendicular to v it is not affected by the Lorentz transformation and it is the same in both reference frames.

You can yourself a big favour by using the [covariant formulation of electromagnetism][1]. The force is given by $$f^\mu = F^{\mu\nu} j_\nu$$ where $F^{\mu\nu}$ is the Lorentz covariant, antisymmetric force tensor and $j^\nu$ the current. Form this it is clear that you don't have to worry about the detailed transformation of the fields. You only have to transform the force. The Lorentz transformation is $$ t' = \gamma \left( t - \frac{vx}{c^2} \right) \\ x' = \gamma \left( x - v t \right)\\ y' = y \\ z' = z \,. $$ This shows that if v is along x, then the perpendicular components of the force, unlike those of the antisymmetric tensor fields, are not affected. [1]: https://en.wikipedia.org/wiki/Covariant_formulation_of_classical_electromagnetism