My guess is that earth reflects less light, but then wouldn't the Earth get darker?

Yes, earth is roughly receiving the same amount of energy from the sun, but you have to remember that earth is also reemitting a lot of the radiation back into space. The greenhouse effect means that some of that reflected/reemitted radiation stays in the atmosphere.

If the surface warms, this would indeed lead to more radiation escaping into space. But this increase in outgoing radiation is compensated for by a cooling of the stratosphere, since the additional carbon dioxide in the stratosphere radiates heat into space more effectively (remember that absorptivity = emissivity). We do in fact observe cooling of Earth's stratosphere. 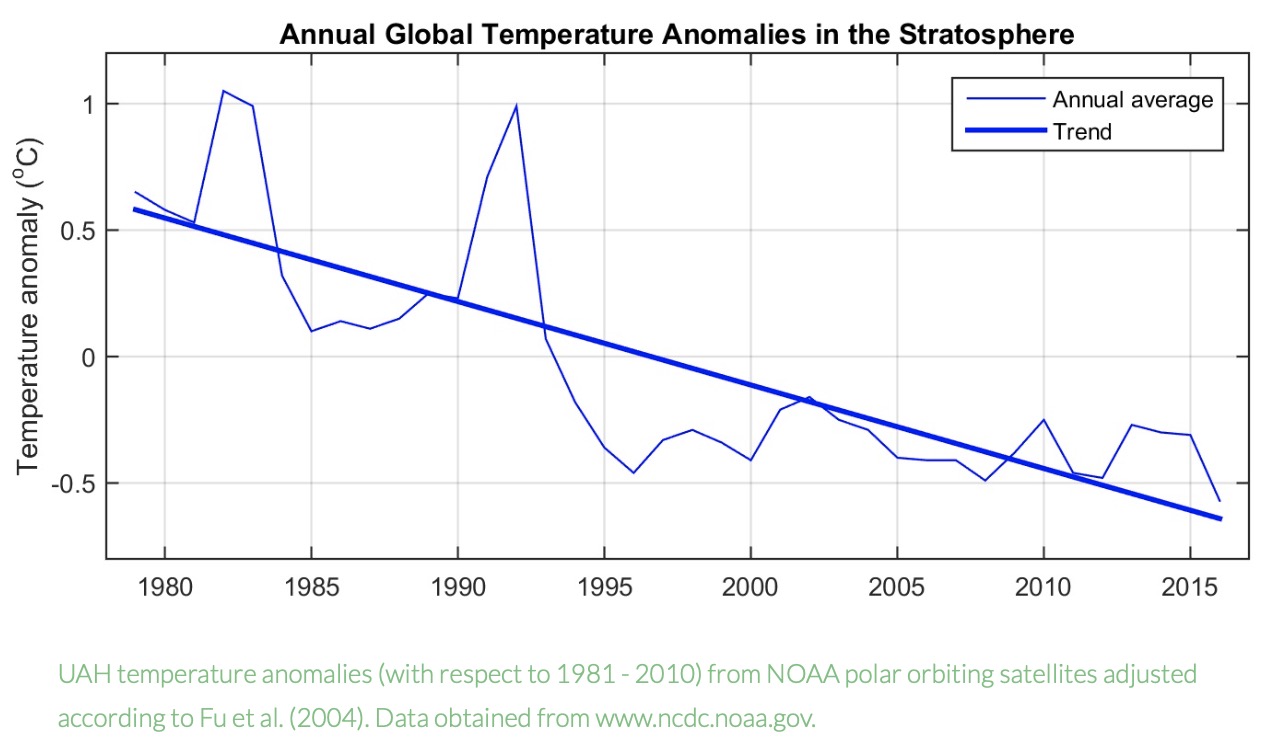 The net result is that the total amount of outgoing energy flux remains basically balanced with the incoming flux. It's just that now more of the outgoing flux is coming from the warmer surface and less of it is coming from the cooler upper atmosphere.

Processes of the greenhouse effect happen in the UV and infrared regime of light: on earth the incoming UV is converted to infrared light (both are not visible to the eye). Due to the greenhouse effect less energy is emitted in infrared then was absorbed in UV, because it's trapped by the atmosphere, leading to heating of the earth and less radiation energy leaving earth. In the end the total of reflected and emitted energy is less than the incident energy.

If you take brightness/darkness as radiation energy over all wavelengths, indeed the earth becomes darker. To notice this, however, you have to average out many variations in time (eg. more clouds during monsoon) and place (eg. ice caps reflect more than oceans).

Not the answer you're looking for? Browse other questions tagged energy atmospheric-science earth geophysics climate-science or ask your own question.

10
Why is the surface of Venus so hot?
1
Equations for the two-plane model of the greenhouse effect
2
Sensors for Greenhouse Study
102
Explain it to me like I'm a physics grad: Greenhouse Effect
1
Earth, re-radiation
7
Is there a difference in the infrared absorption spectrum of a greenhouse gas when pure and when mixed with non-greenhouse gases?
1
Why do CO₂ and other greenhouse gases interact with infrared radiation but not ultraviolet wavelengths?
4
Can anyone explain the REAL reason why CO$_2$ increases global temperatures (not the simplistic greenhouse analogy provided for public consumption)?