Magnetic flux through circular loop due to infinite wire [closed]

Ask Question
Asked 9 months ago
Active 9 months ago
Viewed 449 times
3
$\begingroup$
Homework-like questions and check-my-work questions are considered off-topic here, particularly when asking about specific computations instead of underlying physics concepts. Homework questions can be on-topic when they are useful to a broader audience. Note that answers to homework questions with complete solutions may be deleted!

I’m trying to calculate magnetic flux that’s going through circular loop with radius $R$, due to magnetic field of a infinite wire that is in distance $d$ from the center of the loop. $\vec{B}$ vector is parallel to $\vec{dS}$ vector. I know that magnetic field of that wire is equal to $B=\frac{\mu_0 I}{2\pi r}$ and that flux is equal to $$\int_{S} \vec{B}\cdot \vec{dS}=\int_{S} B\cdot dS$$ where $dS$ Is surface of the loop, but what I don’t know is how to change that $dS$ so is possible to solve. 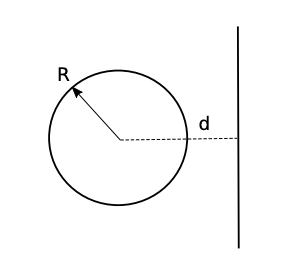 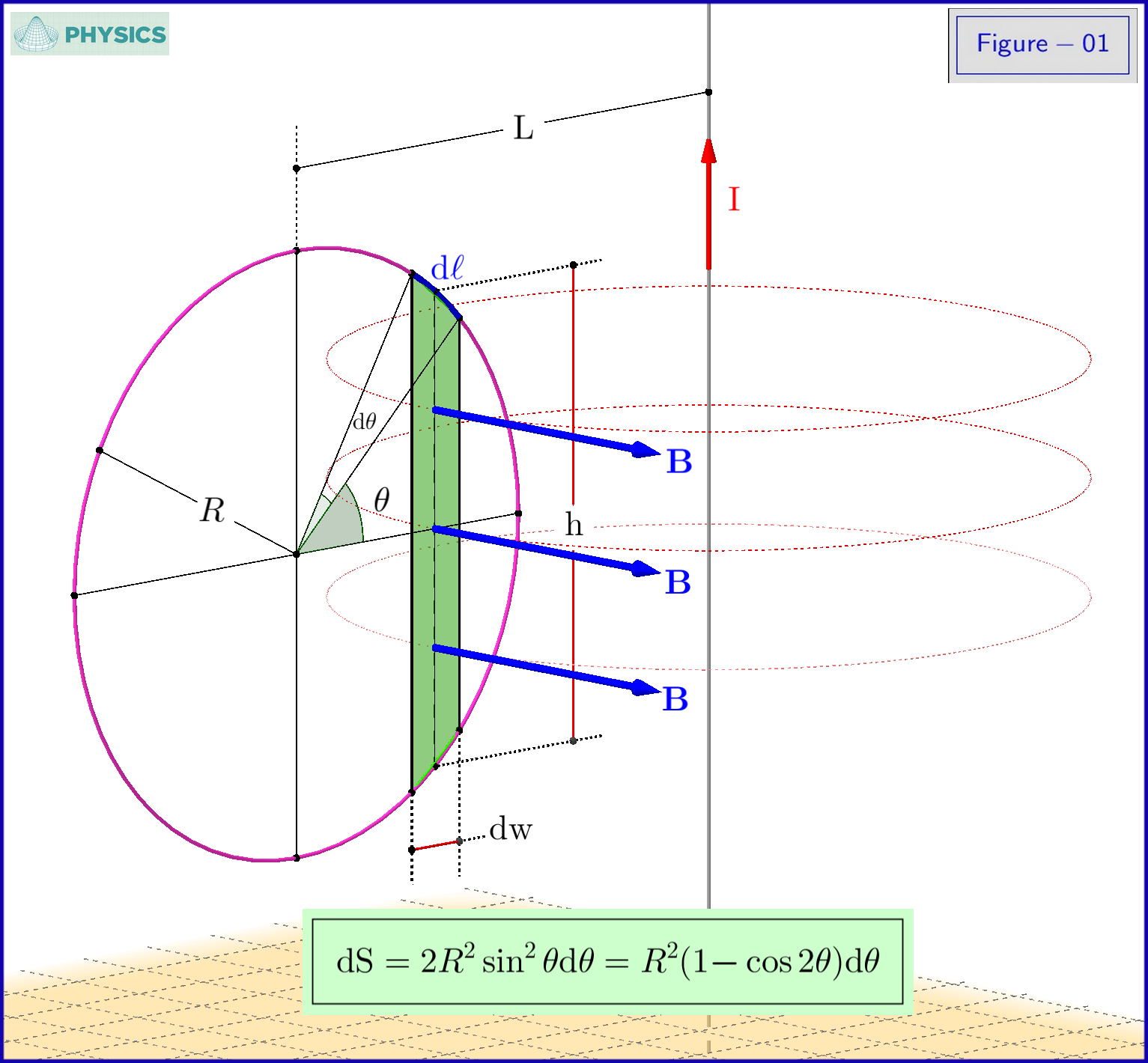 The convenient infinitesimal surface $\rm dS$ is shown in the Figure-01 :

In Figure-02 below we see a detail of Figure-01 corresponding to this comment of OP : 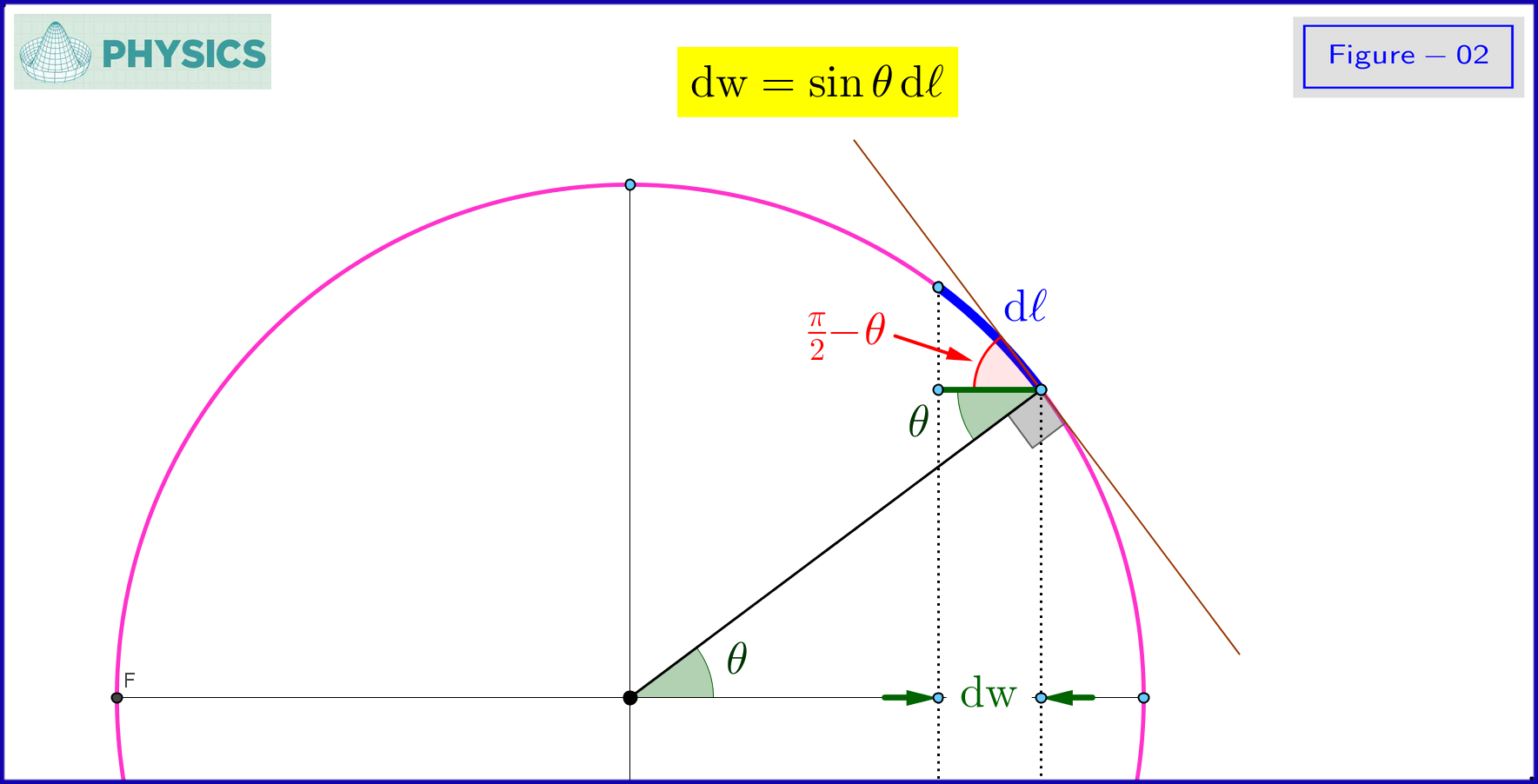 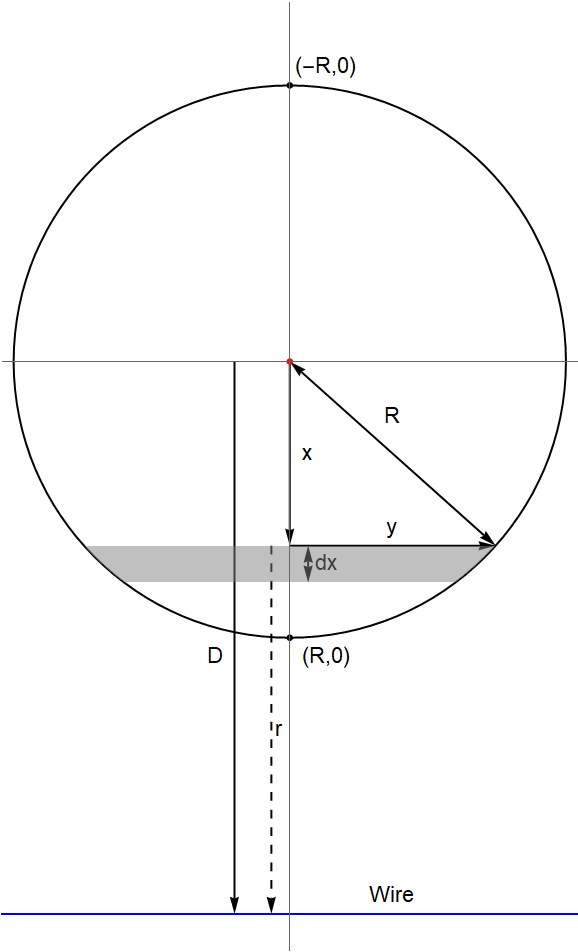 fig 1: The geometry of the calculation. Note that the distance of the wire from the center has been taken to be $D$, not $d$.

Let the magnitude of the magnetic field due to an infinite constant current carrying straight wire at a distance $r$ from it be $k/r$.

In the given geometry, the wire is co-planar with the loop. This makes the problem effectively $2$ dimensional. Taking the interior of the circle (in its embedding plane) as the surface of integration of flux calculation, the magnetic field is everywhere (anti)parallel to the surface normal vector, as noted in the question.

Since the magnetic field is only dependent on the distance from the wire, it is constant in the small differential patch of area $2\,y\, dx$, colored gray in fig $1$. The magnitude of the total flux is then given by 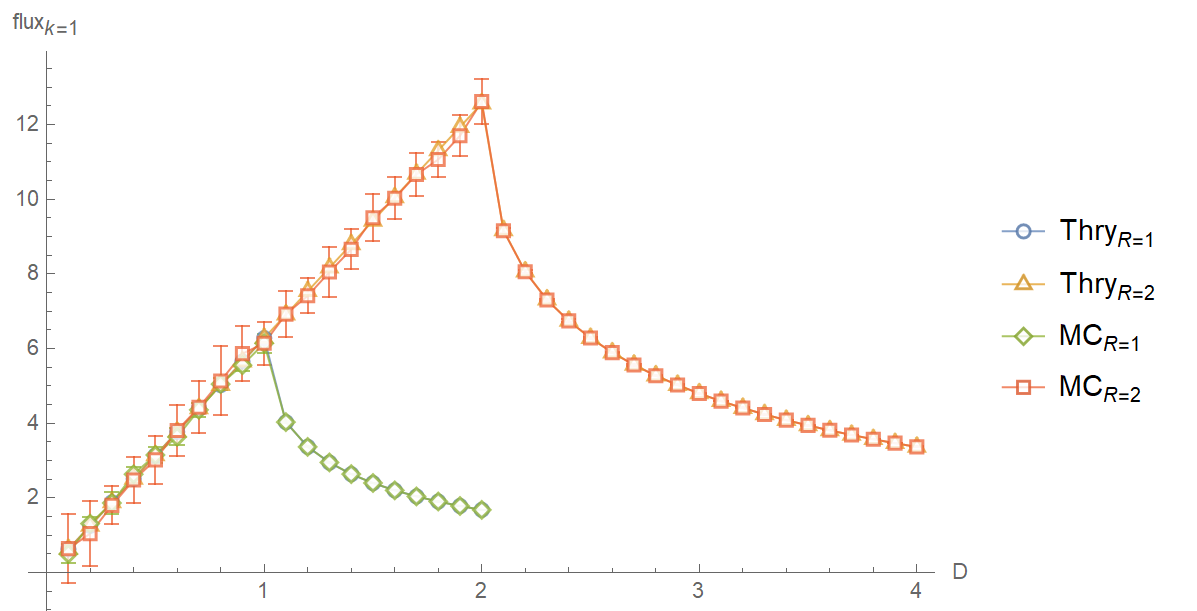 Not the answer you're looking for? Browse other questions tagged homework-and-exercises magnetic-fields or ask your own question.