I am struggling to understand the behaviour of a cylindrical permanent magnet (PM) within an air solenoid. I have searched extensively and have so far have not found any diagrams or explanations on PM behaviour within solenoids. 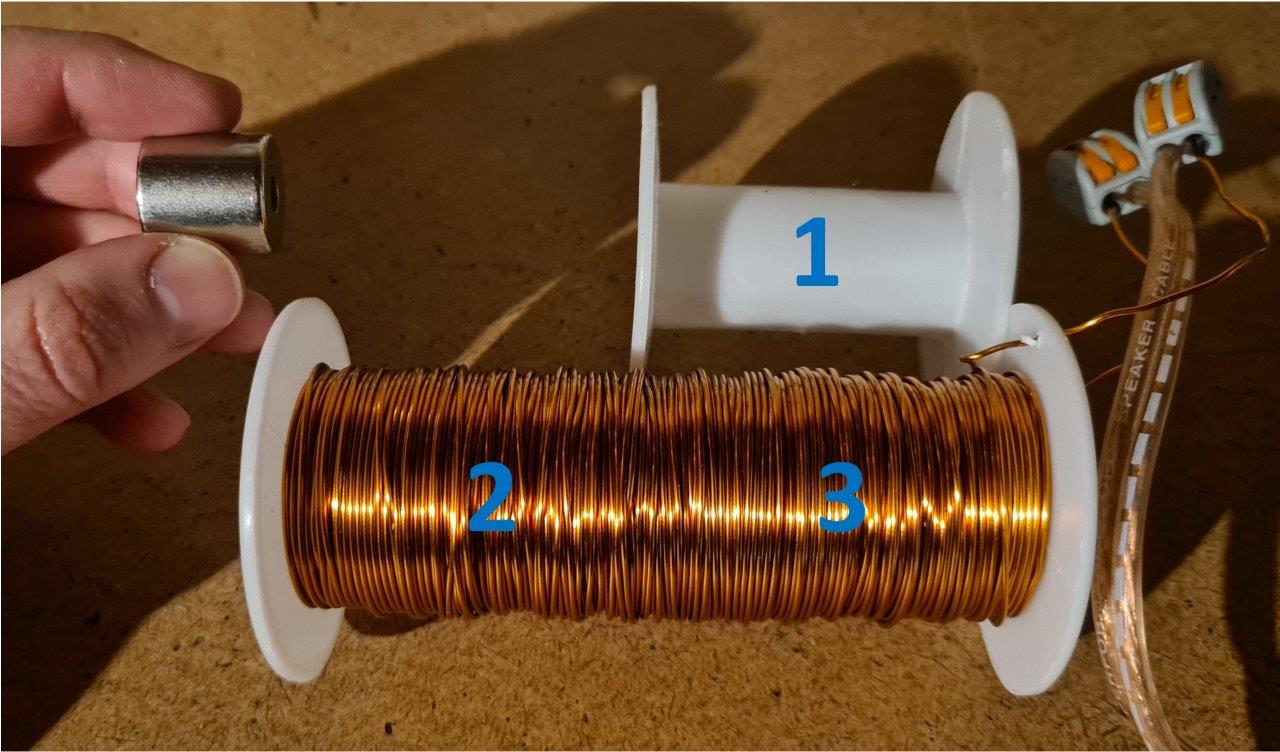 Initially I started with the copper wire wrapped around the shorter bobbin. When I passed a direct current through the solenoid, the PM was pulled toward the centre of the solenoid (position 1).

Why does the PM behave like this and what part of the interaction between its magnetic field and that of the solenoid am I failing to understand?

All of Mark's assumptions and deductions are correct. There is a small join in the centre of the long solenoid's bobbin (which I made by joining two shorter bobbins). The first two layers of copper wire had to "jump" this join which is why the solenoid's magnetic field is non-uniform and is exactly as Mark has described it.

electromagnetism magnetic-fields
Share
Improve this question
edited May 18, 2021 at 8:26

What you are discovering is the behavior of dipoles in non-uniform fields. Your permanent magnet is a magnetic dipole (having two poles, north and south) and the solenoid creates the strong field inside the space within the coil. 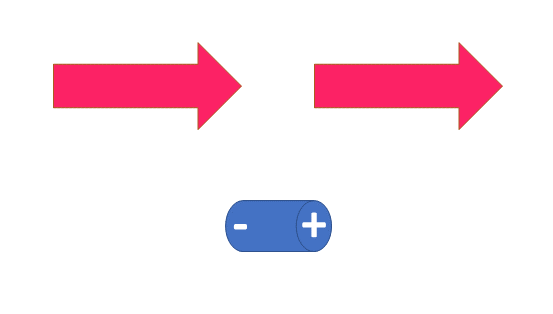 The blue tube is the dipole with its north end marked with + and its south end marked with -. The maroon arrows represent the magnetic field with uniformity indicated by the arrows being the same size. In this setup, the positive end feels the same force as the negative end. Since the two ends pull in opposite directions, the total force is zero and the dipole does not move. If the magnetic field in your solenoid was completely uniform, then there would be no pushing or pulling force on the permanent magnet. You would be able to place the permanent magnet anywhere within the tube and have it sit there not moving. 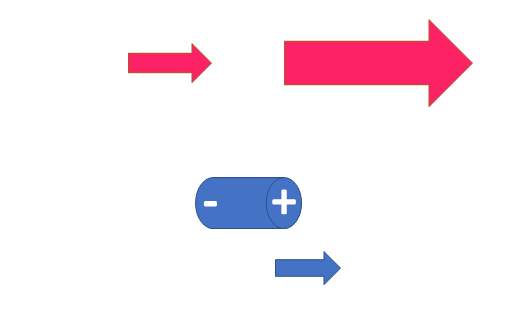 Judging by your description of your experiment, I'm going to guess that the field strength inside the solenoid looks something like this: 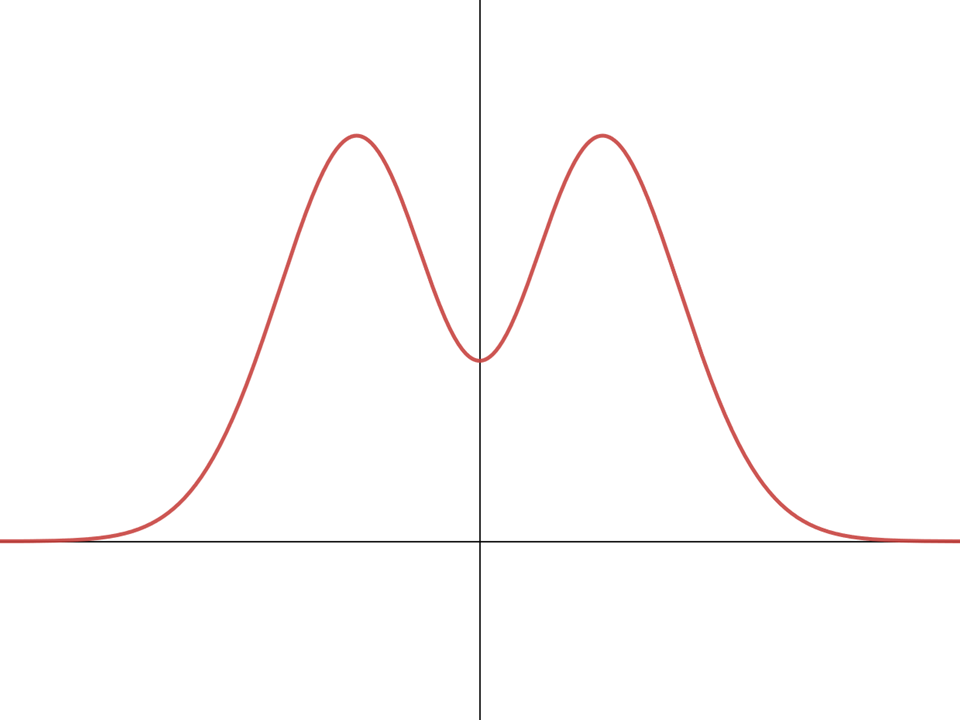 Outside the solenoid, the field rapidly drops to zero. Inside, the field always points in the same direction, but with varying strength. In the plot above, the field is always positive, which I will say means pointing to the right. The larger the value on the plot, the stronger the field points to the right. Now, let's insert the dipole from the left side. 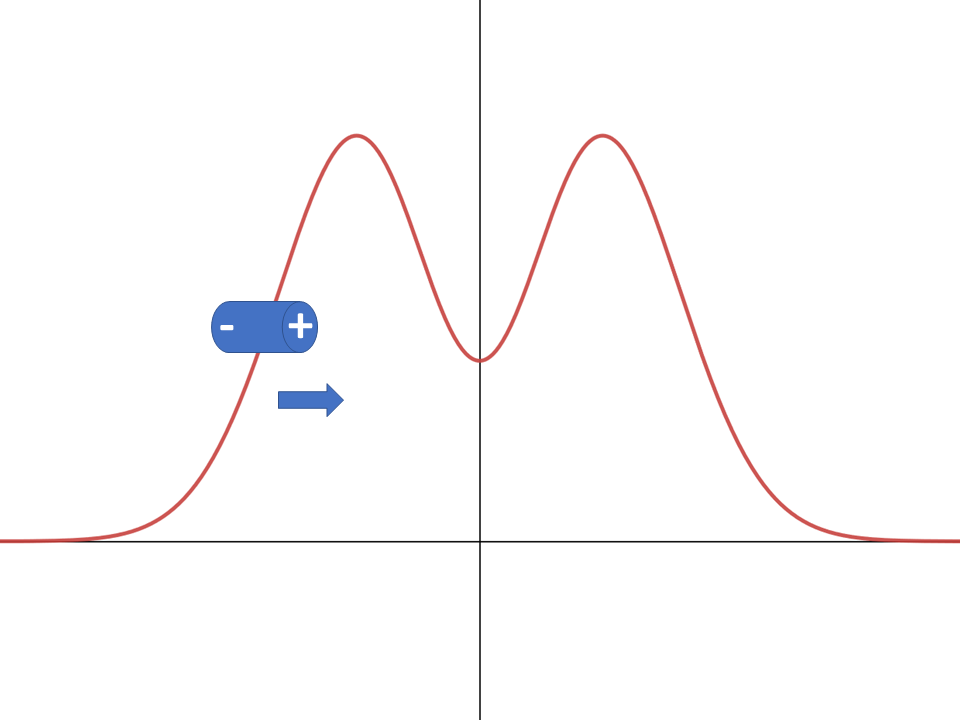 Just like with the simpler picture above, the positive/north end of the dipole is in a stronger field, so the dipole is pulled to the right because the pull to the left on the negative/south end is weaker. Let's push the dipole in farther. 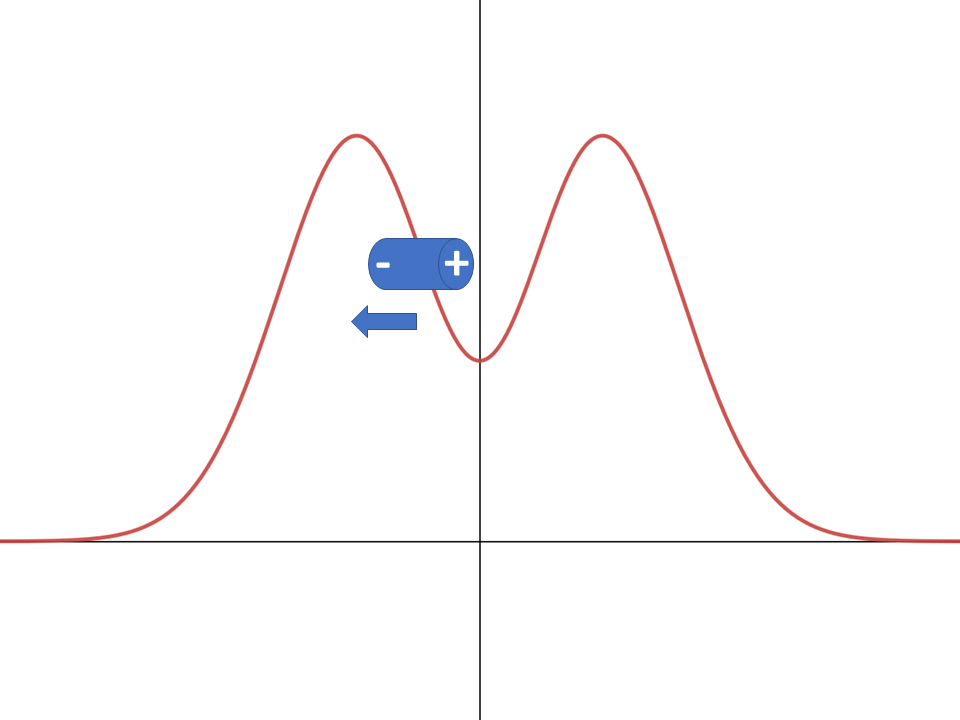 Now, the negative/south end of the dipole feels the stronger field, so the leftward force overcomes the rightward force on the positive/north end. The dipole is pulled to the left. So, where the magnetic field is strongest is a stable equilibrium point inside the solenoid. This corresponds to position 2 in your photograph. By the same reasoning, the other peak on the right will also be a stable equilibrium position and would correspond to position 3 in your photograph.

Since the field is symmetrical, it seems like is should be possible to get the magnet to sit in the middle of the solenoid, right? Let's see what happens when the dipole is flipped so the poles face the opposite way. 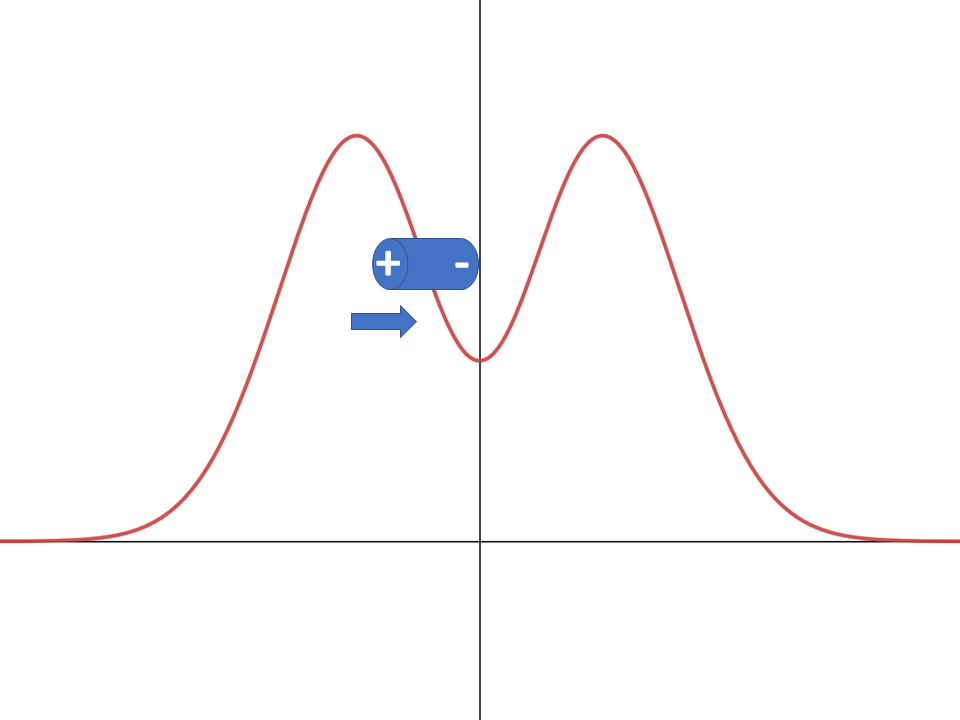 Using the same reasoning, we see that the positive/north end sees a stronger field and feels a stronger force than the negative/south end, so the force is to the right. Similarly, the force points the opposite way on the other side of the trough. 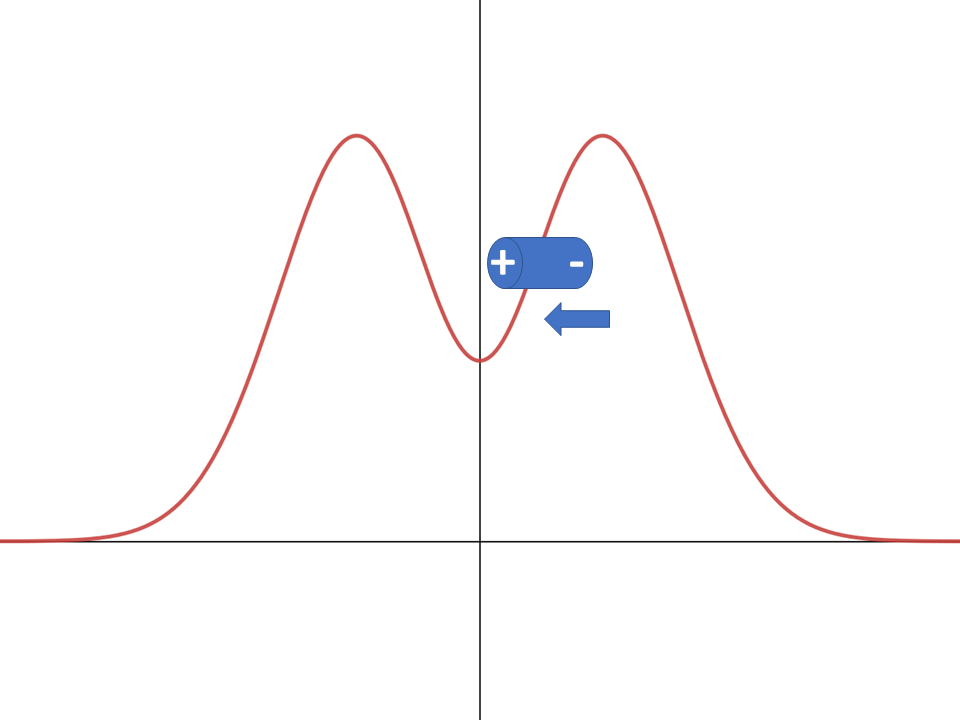 Now, the negative/south pole sees a stronger field and feels a stronger force, so the dipole is pushed to the left. The minimum field in the middle is now a stable equilibrium.

If I'm correct, I would predict that getting the permanent magnet to rest in the middle of the solenoid requires flipping the magnet's orientation to the opposite of that when it rests in positions 2 and 3 (if you can prevent the magnet from rotating, see question 6 below).

Questions to ask yourself:

[note] No magnetic monopole has ever been found in any experiment. They are just a useful model that is both simple and predictive of experiments.